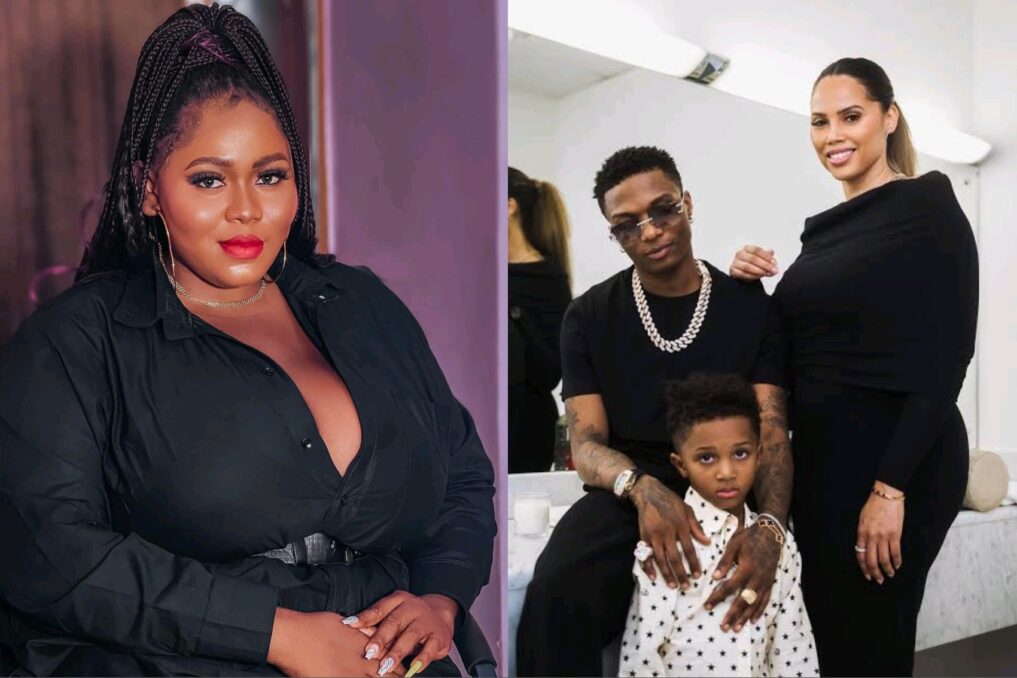 Nollywood actress, Monalisa Stephen has reacted to the fight between Jada Pollock and Wizkid.

Glamsquad reported that Wizkid and his third babymama were involved in an online relationship drama which staired breakup rumours after they shared a cryptic posts. Read here

Weighing into it, Monalisa stated that Jada Pollock can’t keep wizkid to herself.

She slammed the mother of two for being greedy to keep the singer to herself.

Monalisa added that Wizkid must get to everyone.

“If no be Greed. Why only one woman wan Hoard Big Wiz. He must reach everybody o”. 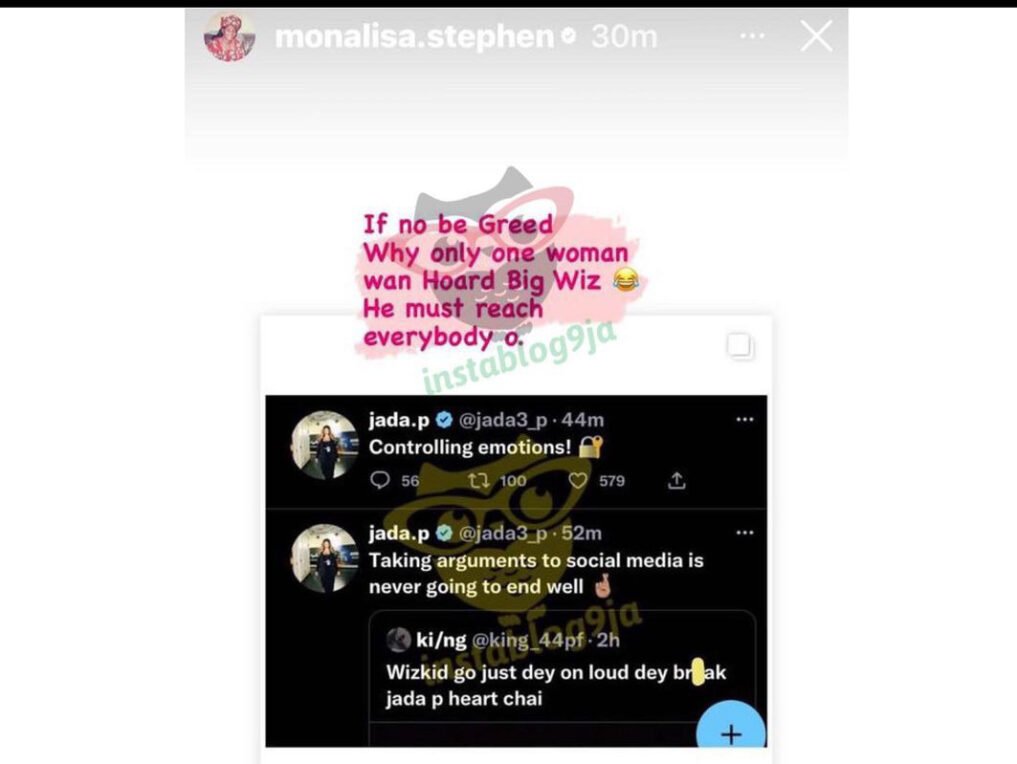 Nollywood’s controversial actor, Uche Maduagwu has weighed into the Issue between Jada Pollock and Wizkid.

According to Maduagwu, he has begun a thirty days prayer for God to direct Wizkid. He noted that he prayed for Chioma and Davido before they tied the knot.

I have started a 30 days Prayer and Fasting for WIZKID since yesterday for God to direct him to his own destiny Helper CHIOM CHIOM just like I did for David, dear fans, you can join by tomorrow. The God that did it for David will answer my brother WIZKID in 3 months time, if you have faith that this will happen, shout a More Love, Less Ego AMEN. 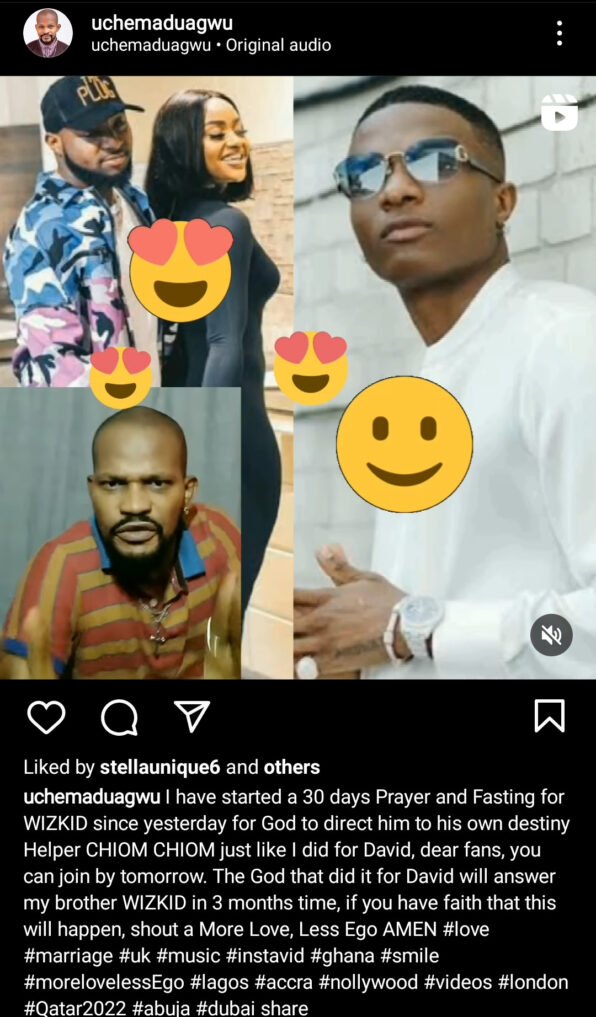 Yemi Alade's room ransacked and her money stolen in Abidjan