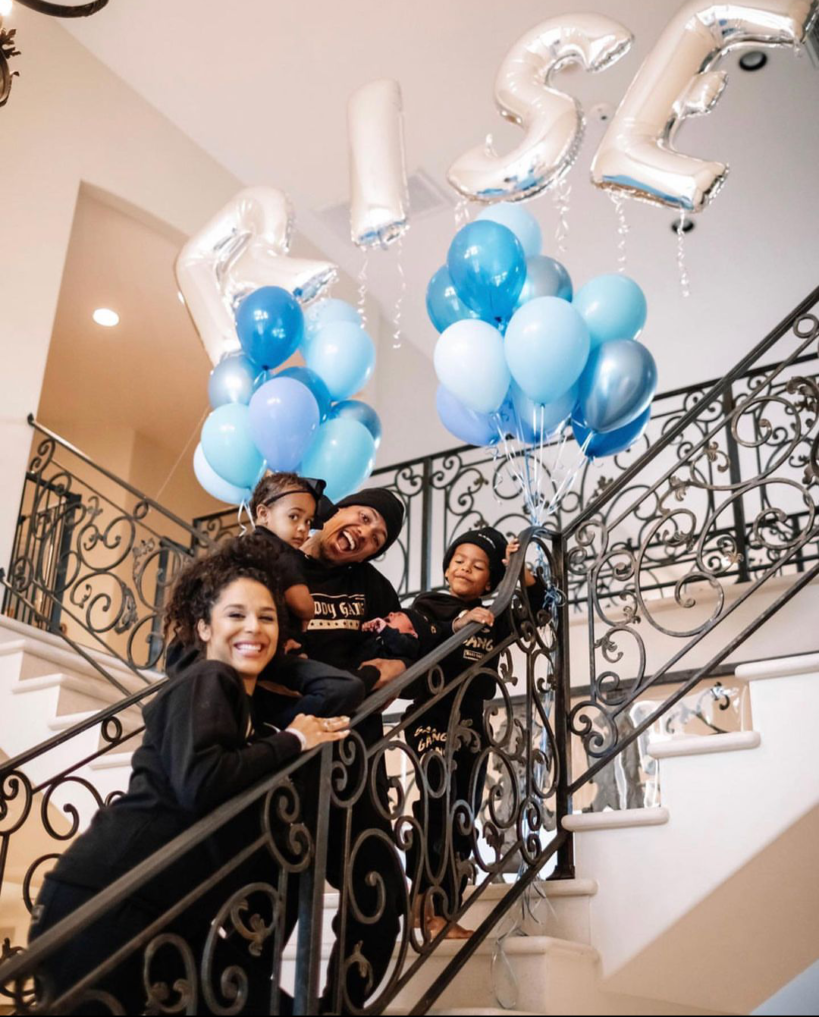 Nick Cannon‘s family has grown once again as he welcomes his tenth child and third with American model, Brittany Bell.

Cannon, 41, took to his Instagram page on Friday to announce the news of his tenth child. According to the proud dad, his little fellow ‘Rise Messiah Cannon’ arrived on Friday, 30th September weighing 10 lbs.

Read Also: Heartbreaking last text Wisconsin news anchor sent to her fiance before committing suicide after he called off wedding

Cannon celebrates Bell for being “the rock and foundation of my Fatherhood journey.”

The “Wild N Out” star explained that instead of a shower, they celebrated a “BlessingWay,” which included “a bunch of powerful prayer warriors interceding for our new child’s entrance to Earth! And boy did we need it!”

“Another Blessing!!! As my journey on this planet becomes more and more remarkable and unfathomable, all I can do is thank God and continue to ask the Most High to order my steps. He has given me stewardship and dominion over a family dynamic that to some is unimaginable.

“But more importantly he has blessed me with loving individuals to guide me with care through this purposeful life. I am so indebted and grateful for the matriarch energy in my time of need. @missbbell has been the rock and foundation of my Fatherhood journey.

“She has taught me so much about parenting, psychology, spirituality, love and just life in general. For our third child she told me she didn’t want a baby shower and needed NOTHING! All she desired was PRAYER from her authentic Loved Ones!

“Am learning that is the best GIFT! She introduced me to the concept of a BlessingWay! As you can see in the video, a bunch of powerful prayer warriors interceding for our new child’s entrance to Earth!

“And boy did we need it! Probably the most difficult labor and delivery have ever witnessed! 48 hours of excruciating pain and life risking danger to welcome 10 pounds of Love and joy named RISE MESSIAH CANNON.

“Thank you Brittany for my fellow little Libra! I love you and our Incredible Family! 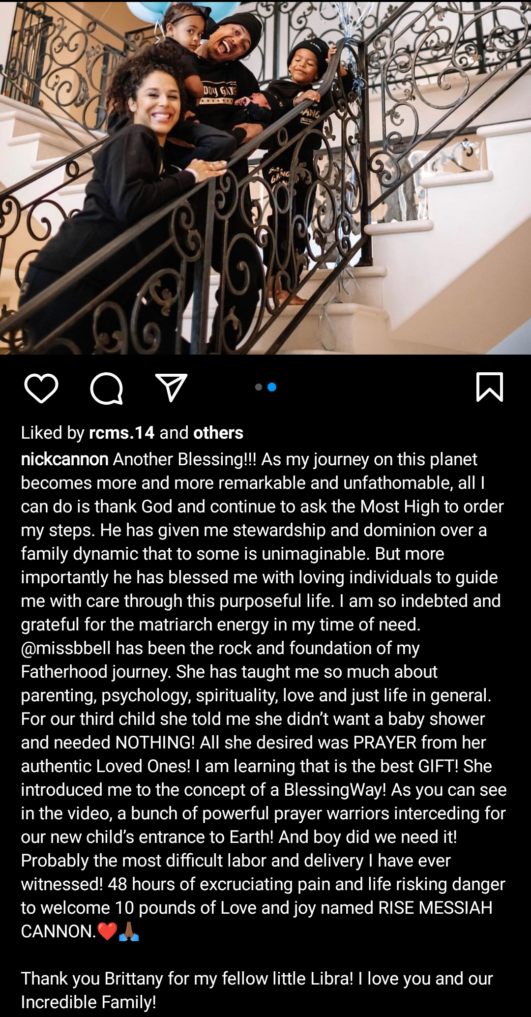 In addition to Golden and Powerful and their new addition, Cannon shares 11-year-old twins Monroe and Moroccan with ex, Mariah Carey, as well as son Legendary Love, 3 months, with model Bre Tiesi.

He is also dad to twins Zion and Zillion, 16 months, with Abby De La Rosa, who is currently expecting her third child.

Cannon is also father to a child with Alyssa Scott — son Zen, who died at 5 months old in December 2021 after being diagnosed with brain cancer.

As expected, critics online have questioned Cannon’s untraditional views on monogamy, something he addressed while announcing daughter Onyx Ice’s birth in September.

“In this moment of celebration and jubilee, I wish to mute any low vibrational frequencies and only rejoice with the Highest Class of Civilization who are truly aligned with our purpose here in this dimension.

“I’ve given up on attempting to define myself for the world or society but instead I’m doing the work to heal and grow into the infinite Being God ordained me to be.

“Hopefully I can teach Onyx the same, to not let others shame or ridicule her with their outside opinions, because when they do they are only projecting their own harsh experiences, pain and social programming onto her unblemished beauty.”

Read Also: Ed Sheeran Ordered To Stand Trial Over Claims He Copied Marvin Gaye’s Hit ‘Let’s Get it On’

She Will Always Be My Baby – Nick Cannon Hints At Rekindling Relationship With Ex-Wife, Mariah Carey

Nick Cannon Reveals Where He Really Stands With Mariah Carey