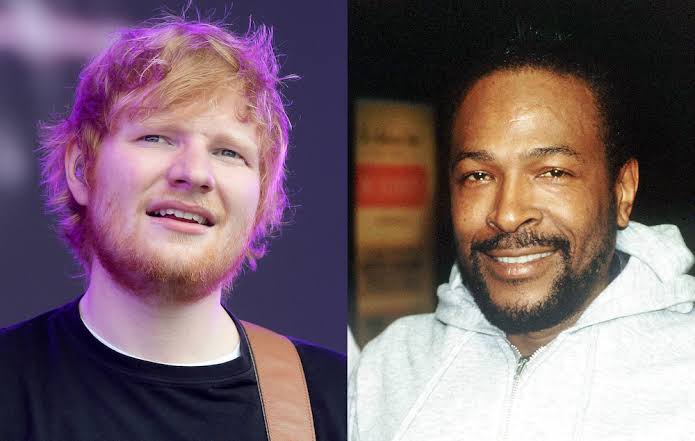 Glamsquad reports that British singer and songwriter, Edward Christopher Sheeran better known as Ed Sheeran has been ordered to stand trial in the United States of America over claims that he copied his 2014 smash hit ‘Thinking Out Loud’ from Marvin Gaye’s 1973 classic ‘Let’s Get It On’.

A U.S. District Judge in Manhattan, Louis Stanton, denied Ed Sheeran‘s bid to dismiss the copyright infringement suit, saying a jury should decide on whether the two songs are substantially similar.

The accusation came after Ed Sheeran, 31, faced trial in March this year over claims that his 2017 song ‘Shape Of You’ had copied a 2015 song by artists Sami Switch and Ross O’Donoghue.

However, Judge Zacaroli concluded that Ed Sheeran “neither deliberately nor unwittingly” copied a phrase from the song.

Following the ruling six months ago, Ed Sheeran lashed out at “baseless” copyright claims and claimed they were “way too common”.

However in a shocking scenario, on Thursday, 29th September, Judge Stanton said that Sheeran must now face trial in the US amid claims Thinking Out Loud is copied from Gaye’s Let’s Get It On.

The copyright infringement suit was originally lodged in 2018 – not by Gaye’s family, but by Structured Asset Sales LLC, which owns a portion of ‘Let’s Get It On’ co-writer Ed Townsend’s estate.

Structured Asset Sales (SAS) is seeking $100million in damages while alleging Sheeran and his co-writer Amy Wadge ‘copied and exploited, without authorization or credit’ the Gaye song, ‘including but not limited to the melody, rhythms, harmonies, drums, bass line, backing chorus, tempo, syncopation and looping’.

Gaye co-wrote Let’s Get It On with Edward Townsend, an American singer and songwriter who passed away in 2003.

They released the song in June 1973 and it hit No.1 in September that year. More than 10 years later, Gaye was shot and killed by his father, Marvin Gay Senior – whose surname is spelt differently – at their house in Hancock Park, Los Angeles, after an argument on 1st April, 1984, on the eve of his 45th birthday.

Judge Stanton said a jury must decide whether the two songs are substantially similar because music experts on both sides of the dispute disagree whether Sheeran’s song mimics ‘Let’s Get It On.’

The judge further said ‘Although the two musical compositions are not identical, a jury could find that the overlap between the songs’ combination of chord progression and harmonic rhythm is very close’.

Read Also: Serena Williams Shares The ‘Consoling Words’ Her Five-Year-Old Daughter Told Her After Losing At The US Open,

Ed Sheeran To Star In Game Of Thrones TV Series