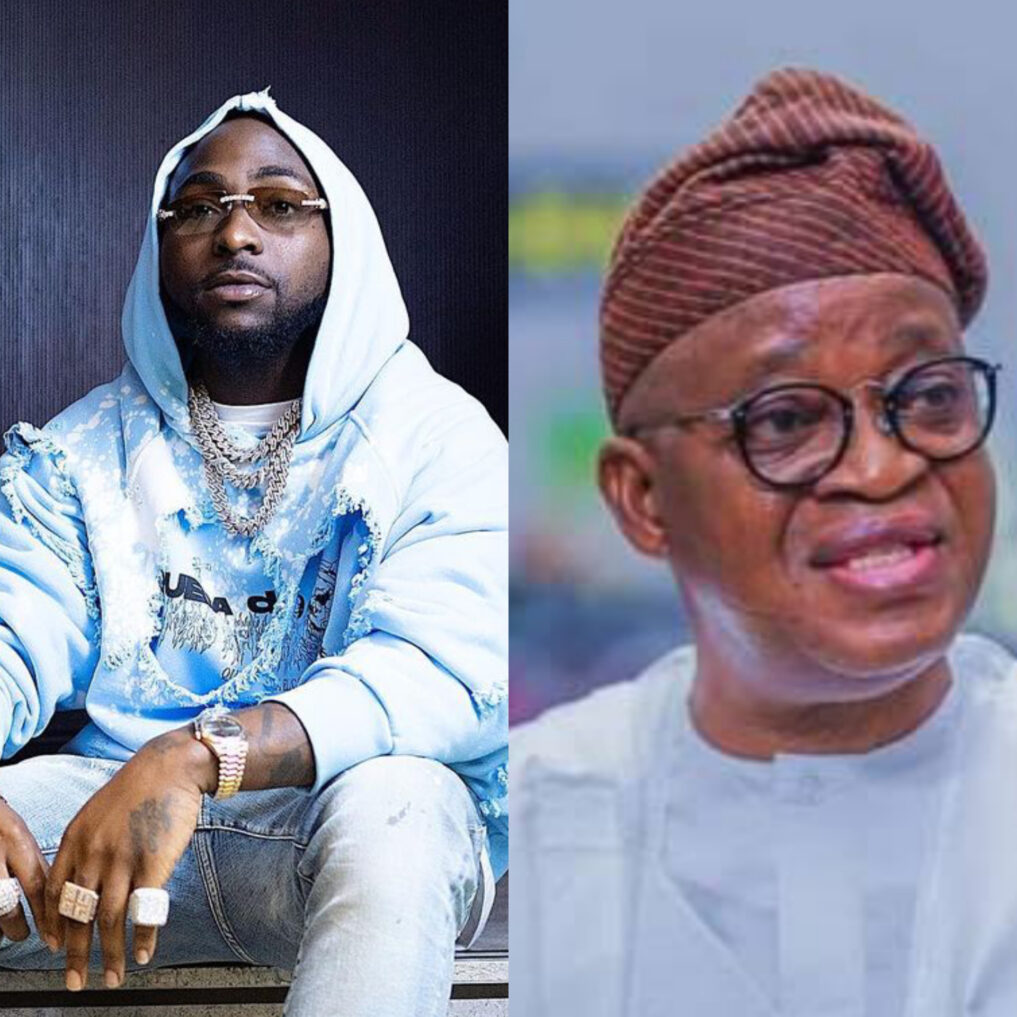 Governor Oyetola has however rejected the result of the election and filed a petition before the state governorship election tribunal.

Davido took to his Instagram stories and Twitter page and asked Governor Oyetola when will he congratulate his Uncle. He also noted that in 2018 when his Uncle contested and his mandate was stolen, his Uncle congratulated him.

See his posts below, 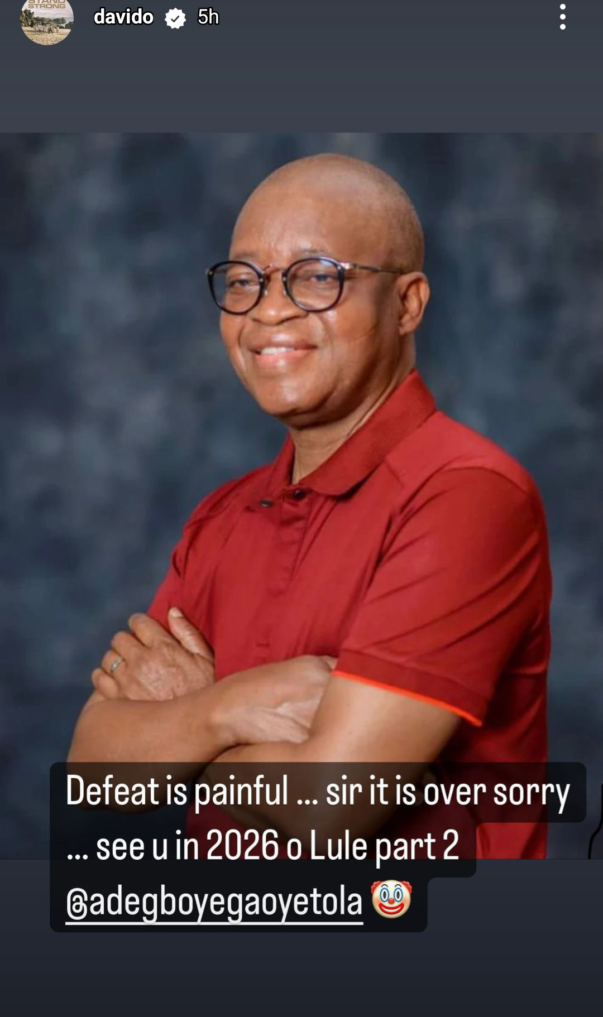 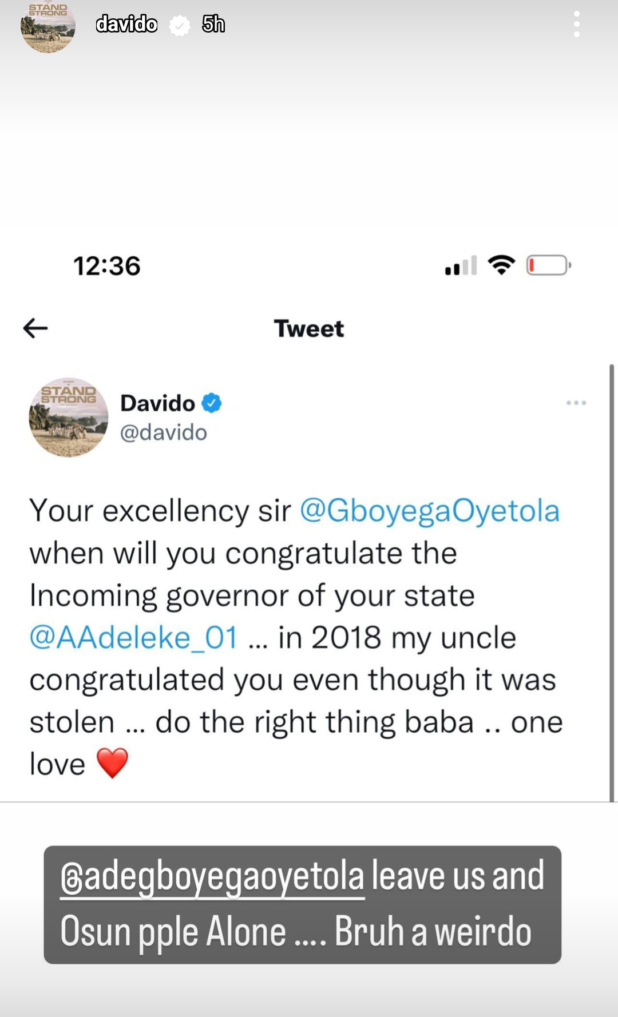 Davido mourns the loss of another of his friend