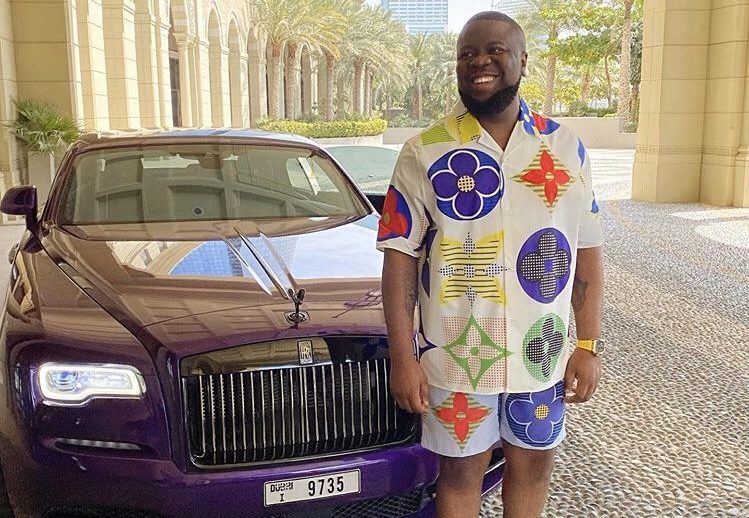 Glamsquad Magazine recalls that Hushpuppi who is currently held in an American prison was arrested for internet fraud to the tune of hundreds of millions of dollars.

He is a Nigerian Instagram celebrity who is facing criminal charges in the United States for conspiracy to launder money.

Hushpippi was ignored by people who openly benefited from him while he was a free man.

“Hushpuppi was not celebrated on his birthday.

Yesterday was his birthday but was forgotten by everyone including people who benefited from him or knows him
I think people should learn from the life of Hushpuppi.
We should stop trying to impress people.
READ ALSO: The Fall of the Billionaire Gucci Master: Hushpuppi’s story
People will praise you when they are benefiting from you and when they stop benefiting, they will forget about you and even give you bad names.
Hushpuppi impressed us with his luxurious lifestyle and when he stopped impressing us as a result of his arrest , people stoped associating with him, posting him on social media , celebrating him and talking about him.
That is the world for you .
I remember when I traveled to Dubai to enjoy my self , alot of persons who were in Dubai when to meet him so they can take a picture with him just for the big boy sake and some even paid for that but today they can’t even post the picture. What a life.
The truth is when you tried impressing people, you will do all kind of things to keep to that standard of impressing.
People are living in debts , pains , depression as a result of impressing people.
People that are into fraud today are doing so to impress people which will definitely hurt them back .
If you want to be happy in life quit trying to impress other people. It just doesn’t work. It has never worked. It will never work. You might be able to impress a few people. You might even be able to impress a lot of people. But you will never impress everyone.
In case you don’t know Ramon Abbas, commonly known as Hushpuppi, Hush or Ray Hushpuppi is a Nigerian Instagram celebrity who is facing criminal charges in the United States for conspiracy to launder money.”
Previous Article

Instagram to Launch 'Take a Break' Feature for Teens

Twitter's Soft Block Feature Rolls Out for Every Web User