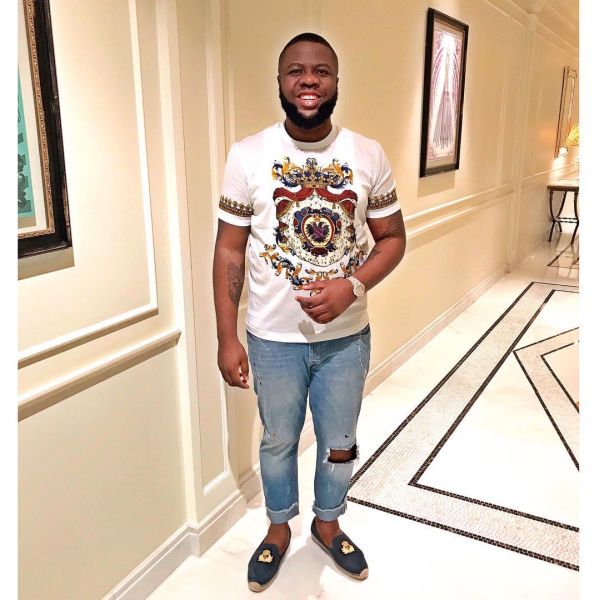 Instagram socialite, Ramon Olorunwa Abbas better known as Hushpuppi has been has been sentenced to eleven years imprisonment in the United States.

Glamsquad reported that Hushpuppi wrote a personal letter to the court narrating his source of wealth, criminal adventure and regrets in a final appeal to Judge Otis Wright ahead of his scheduled sentencing on September 19,

He apologised to his family members for bringing them shame while commending the Federal Bureau of Investigation (FBI) for doing a thorough job in bringing him to justice.

On September 19, Judge Otis Wright delayed Hushpuppi’s sentencing to November 3. He had initially rejected the plea of the defendant’s motion for a delay of judgement.

He was finally sentenced to 11 years in jail by the United States Central District Court in California.

However, Hushpuppi will spend nine years in prison because he had spent two years already in the US following his arrest in Dubai in 2020.

Staying reasons why the fraudster received eleven years sentence, the prosecutors stated he was claimed to be one of the best cleaners in the prison where he has been remanded since his arrest in 2021.

It was gathered that his report card for Central Valley workshop for prisoners showed that, between July 2021 when he enrolled and November 2021 when he completed work, Hushpuppi put up “very good” in attitude, quality of work, dependability and productivity.

Recall that Hushpuppi met his waterloo when he was arrested in Dubai, the United Arab Emirate (UAE) in June 2020, and flown to the U.S. where he pleaded guilty to the charges against him in July 2021 and was ordered to remain in custody pending sentencing.

In April 2021, Hushpuppi pleaded guilty to the multi-million-dollar fraud charges filed against him by the United States government.

A version of Hushpuppi’s plea agreement filed in June outlined his role in a school finance scheme, as well as several other cyber and business email compromise schemes that cumulatively caused more than $24 million in losses.

He pleaded guilty to Count Two which is “Conspiracy to Engage in Money Laundering,” an offence that attracts a maximum sentence of 20 years imprisonment among other punishments including full restitution, his plea agreement with the U.S. government states in part.

Hushpuppi allegedly faked the financing of a Qatari school by playing the roles of bank officials and creating a bogus website in a scheme that also bribed a foreign official to keep the elaborate pretence going after the victim was tipped off.

0
Martina Akonthe November 4, 2022
No Comments Yet

US Court Postpones Sentencing Of Hushpuppi