Tech
2 months ago
by Harry Choms
0

Twitter’s most recent feature is now available to all web users of the social media platform.
Soft block is a new function that allows users to remove a follower from their account without having to block them.

You do not receive notification that a follower has been removed from your list.
Your former follower, on the other hand, has the option to re-follow you.

The soft block function is one of a number of current and future Twitter features that allow users more protection and control over how they interact with other users. 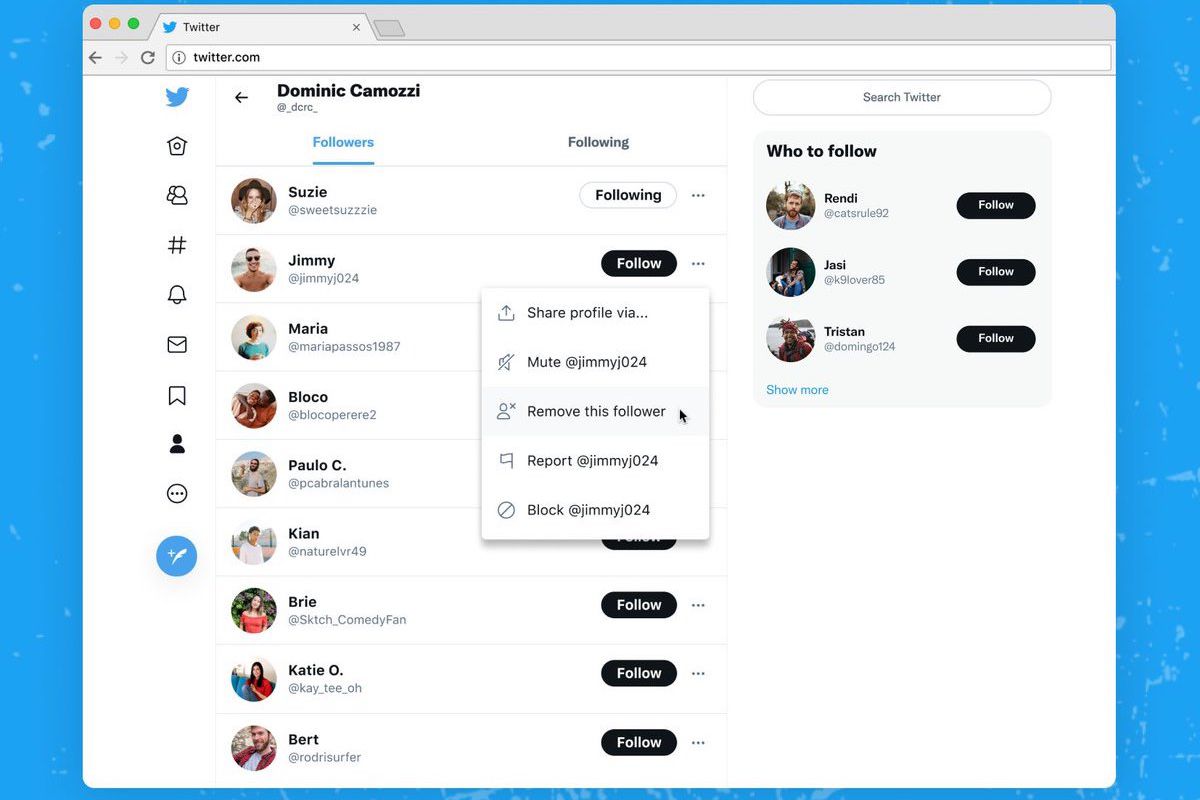 Twitter’s soft block tool has begun to roll out to the social media platform’s web users.
This new function allows users to unfollow someone without having to block them.
Twitter made the statement through the Twitter Support account.

It’s not difficult to use this functionality.
Simply go to your own profile, click followers, then the three dots, and select “Remove this follower” from the drop-down menu.”
If you’re concerned that your ex-follower will be told that he or she has been unfollowed, don’t be.

The soft block tool differs from the traditional block option in that “it allows a user to still view your tweets and direct message you, but they won’t see your tweets on your feed,” according to a report.

The soft block feature also allows the follower you’ve unfollowed the option of re-following you.

The Verge describes the new soft block option as “Twitter’s latest innovation to give users more control over their experience on the network in order to help reduce abuse and harassment.”

Another example of this endeavor is Twitter’s Safety Mode function, according to the article.
Last month, Twitter began testing the new functionality.

“Temporarily autoblocks abusive accounts,” says the Safety Mode function.
According to the article, there is no set timetable for when the feature would be fully available to users.

Although October is only halfway over, Twitter has been hard at work testing new features that will improve the platform’s user experience.

A popup that warns users if they are about to start a heated or passionate conversation is one of the enhancements Twitter is testing this month.

According to a Twitter Support message, “edge to edge tweets” is another feature that is being explored.
Tweets that “spread the breadth of the timeline so your photographs, GIFs, and videos can have more room to shine” are known as edge to edge tweets.

While the feature was first tested on iOS in September, it wasn’t until October 1 that it was tested on Android.

Twitter Tips is now available on Android: How to Include Links in a Profile