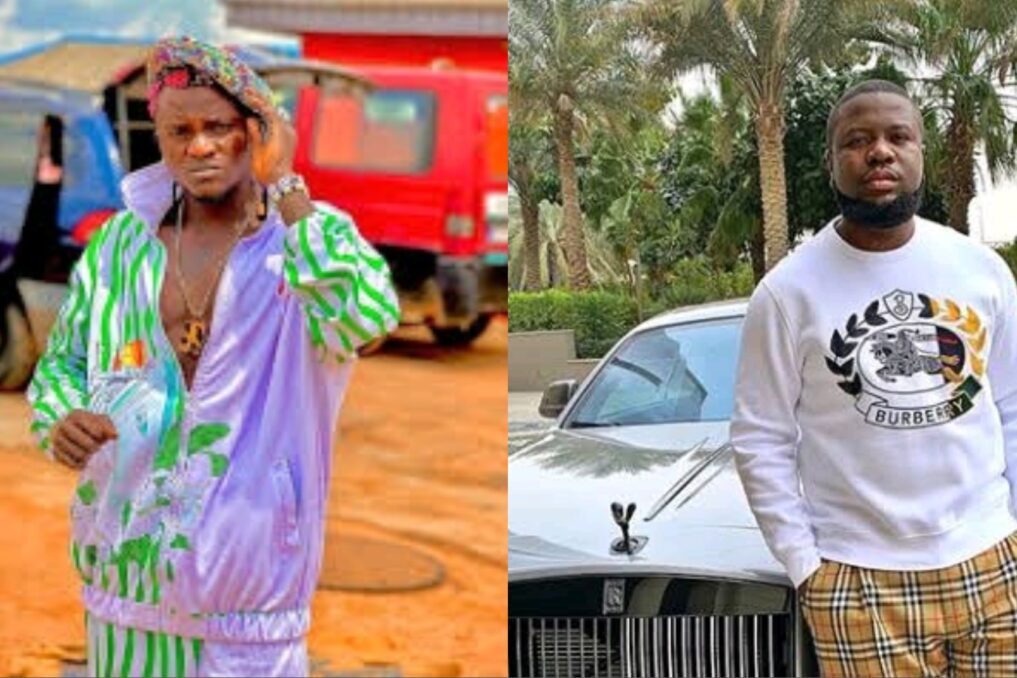 Glamsquad recalls that Portable who seems to want to outshine Hushpuppi keeps comparing himself to him.

In an interview, the ‘Zazu‘ crooner bragged about how he spends his income, stating that he divides them into two, using one part to purchase designer items.

Portable also claimed that Hushpuppi is nowhere near his league as he spends more heavily than Hushpuppi. He further asked his fans to verify his statement. Read here

In a new development, the singer who is in Cyprus visited a boutique. He went on to make a video of how much he has spent on clothes. He said he is not using proceeds from scamming people to purchase his clothes rather he is using legit money to do so.

“I para pass Hushpuppi” and that it is every day he visits the boutique.

“Our own katanguwa is Zara..you dey whyne? See the video below.

Glamsquad recalls that Portable added to be the drawings on his body after he added new tattoos to his face.

In a video posted on his Instagram page, Portable could be seen sitting while a professional gave him his desired drawings; this is in addition to the existing tattoos on his body.

The tattoos drawn on his face, include “SOS” on his chin, “Zazu” on one cheek, and what appears to be a coffin close to his ear. He also has other new tattoos on his forehead. See video here

Read Also: “Peace of mind is what I need” Erica Nlewedim tells ex Kiddwaya after he urged her to fight for Nigeria

US Court Postpones Sentencing Of Hushpuppi