As the nation continues to witness the highest form of insecurity and economic instability, the 2023 general election seems to be what Nigerians at home and diaspora await patiently to change the narrative.

Glamsquad reports that former Nollywood actress turned health practitioner, Georgina Onuoha called out the president of Nigeria, General Muhammad Buhari as she lamented the bad state of the country.

Onuoha shared a video of the president’s interview where he spoke on reasons his children study abroad while she noted that he doesn’t have the interest of Nigerians at heart.

She further said she warned Nigerians about voting in the current administration but nobody listened to her.

The mother of two said the general election is around the corner and the country will continue to suffer if its citizens do not rise and send the likes of Muhammad Buhari, Bola Ahmed Tinubu and Atiku Abubakar into nursing homes by force. She noted that would be more disastrous if another mistake is made.

“How can a country with the most educated people globally have such an incorrigible and supercilious fellow as their president?

“What a cold-hearted human being devoid of human empathy. So out of touch with reality let alone with the plight of his people. Gosh, Nigerians were warned. I spent years writing about the dangers of electing this jihadist coup plotter.

“A man whose sole agenda was to crumble this nation and hand it over to terrorists. I’m glad Nigerians are reaping the fruits of their stupidity.

“Next year is election again, elect another dead man walking who is uneducated and can’t find his school certificate. You all will continue to suffer until you rise and send these cabals into nursing homes by force. Nigerians were warned.

“You believe in fake Change. Here is the change you all voted for. Here is una se baba. Nonsense.” 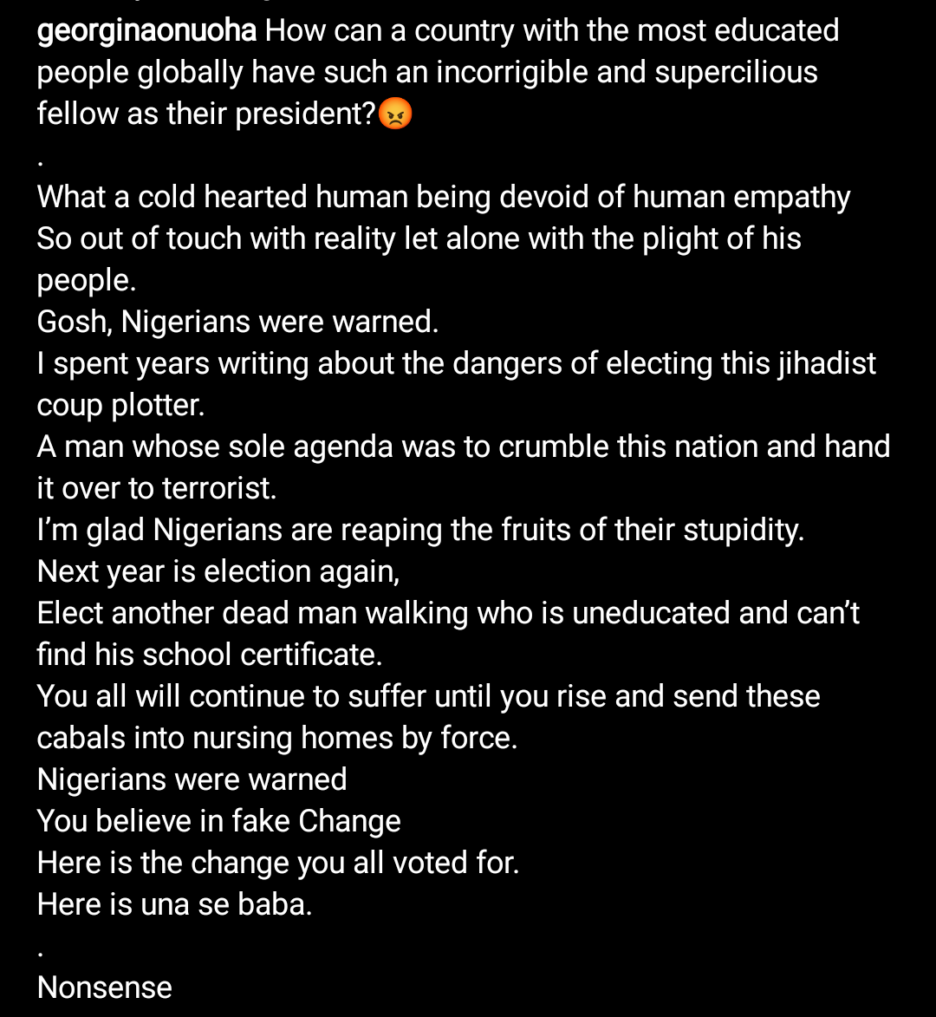 READ ALSO: 12 Most Loved Celebrities In The Movie And Music Industry