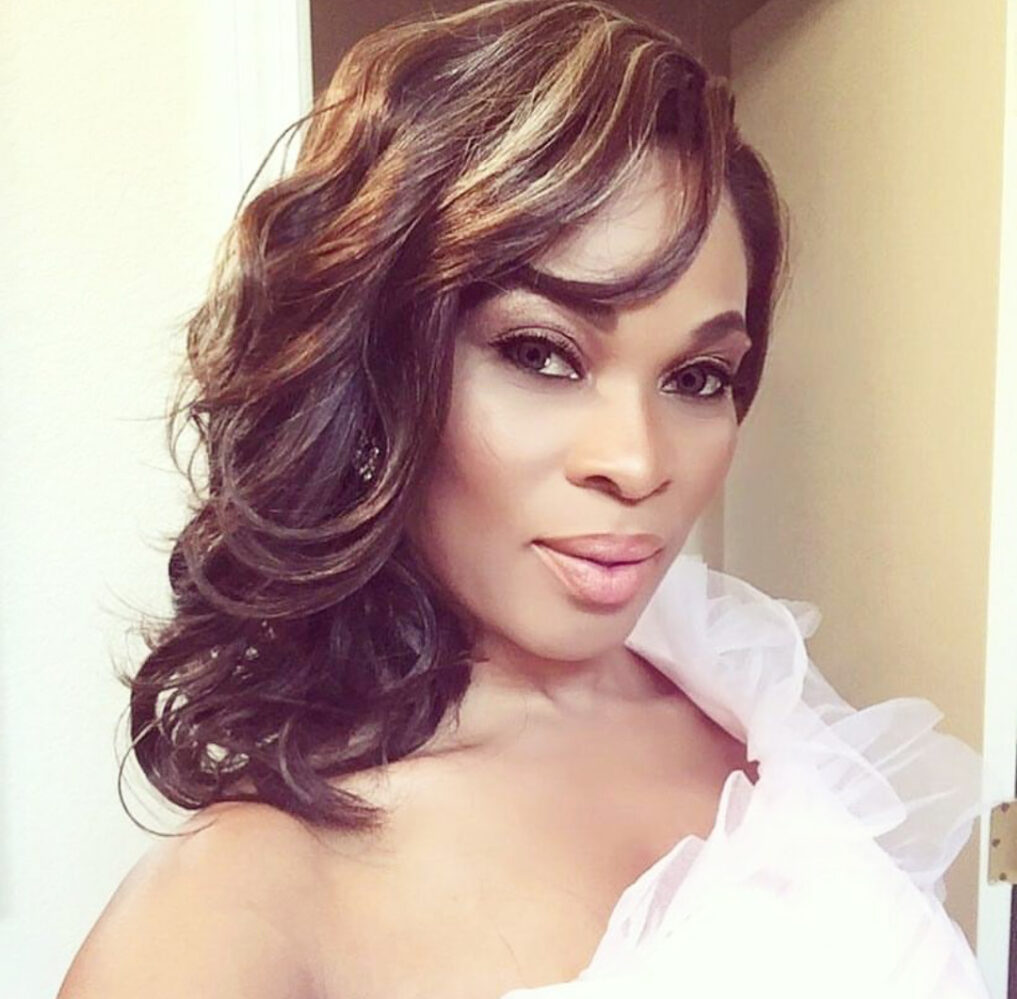 Following the Supreme Court’s ruling on abortion rights in the US, Nollywood actress and activist, Georgina Chigozie Onuoha has reacted to the abolition of the rights.

On Friday, 24th June 2022, the Supreme Court overturned its 1973 landmark decision in Roe v. Wade that established the right to abortion in the United States of America for over 50 years.

The announcement has since sparked outrage from many in Hollywood and beyond, renewing public discussions surrounding women’s access to healthcare and bodily autonomy.

The mother of two took to her Instagram page to express displeasure as she noted that God also killed so many babies in past.

In a series of posts, she backed up her claims with biblical references as she noted that making laws that affect millions who don’t share the same faith is wrong.

She further said that women should be allowed to make decisions concerning their reproductive health and life.

Read her posts below,

“Abortion is a healthcare right, and it should be respected as such. Politicians should not be meddling in a woman’s health care decision based on their religion. The Us constitution says a fetus is not a human being.

“The Bible says, ” life begins at birth after first breathing’. So keep your religion to yourself.

“Don’t force people to have children they are not emotionally and physically provide for or nurture and tomorrow, blame them for how those kids turn out.

“Don’t force children and women to have their respect kids. If you are ok with your child being raped and having that child, it is your choice, and it should be respected, don’t force others to do the same.

“What these gun touting, sick Republican politicians and a vast supreme court did today will send women back to medieval times when men could beat and rape women at will. This is sickening.

“The same people forcing women to carry a pregnancy against their wishes are not providing financial support for these women.

“Education is a death sentence in America as it is not affordable. Healthcare is a death sentence if you don’t have insurance and money. Daycare is expensive and has no government support. Housing is expensive, yet the minimum wage is 7 dollars. They are closing schools and building more prisons for these children. They deny school meals to these kids. They refuse to pass laws to ban gun violence that is killing school kids, yet they want to protect a fetus and not the living!

“America is sick. These Republicans are fascists. They don’t want women to be resourceful but rather go back to being enslaved people at home and not contribute to the development of the society, which breeds room for abuse.

“I am mad and sick of these so-called evangelical Christians that are not Christians. Thanks to the governor of California Gavin Newsom and other western state governors for protecting women’s rights. Shame on America. 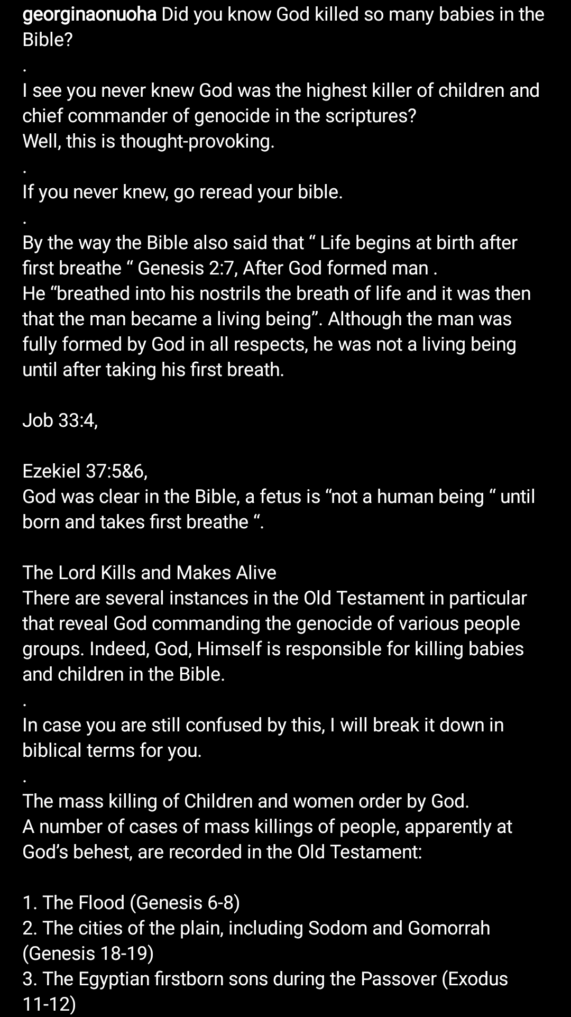 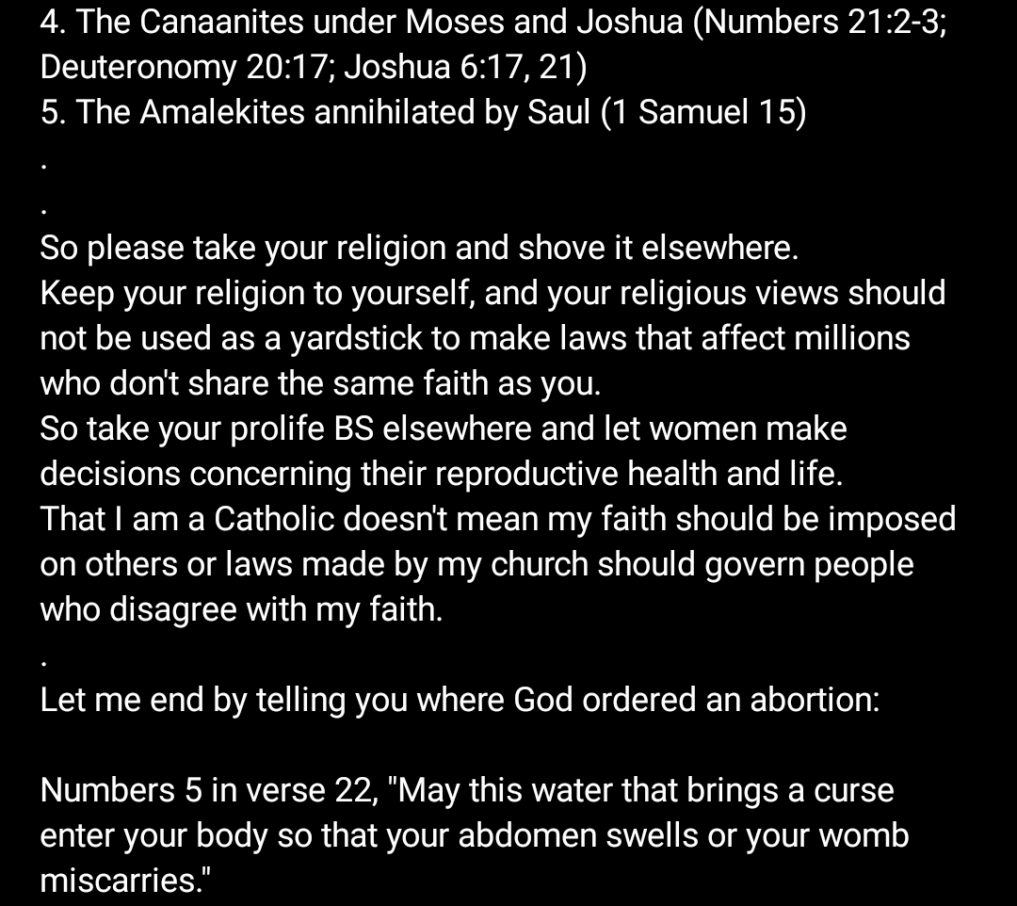 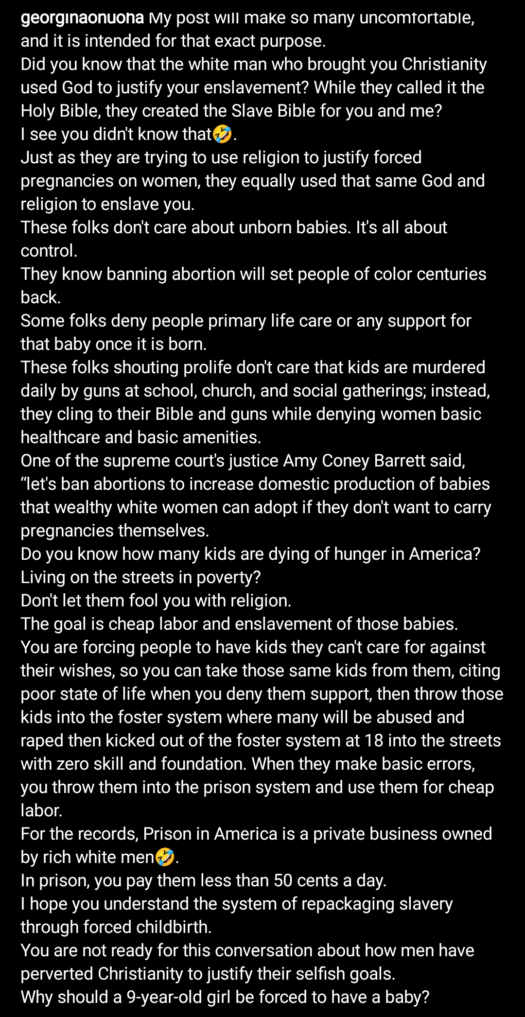 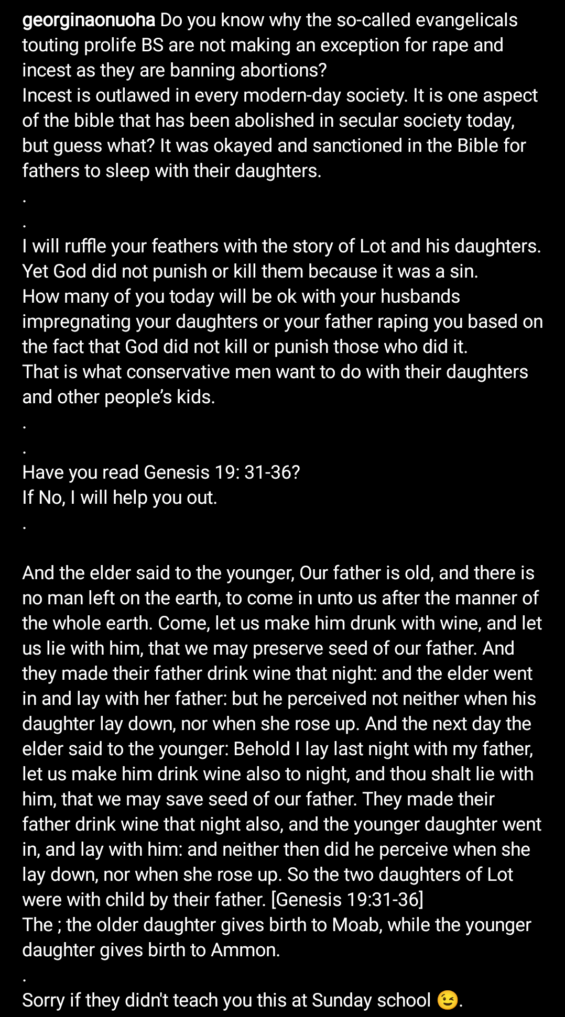 In her comments sections, some of her fans disapprove of her biblical references while others slammed the abolished law.

Happiness Is Achieved When You Stop Waiting For It – Naira Marley