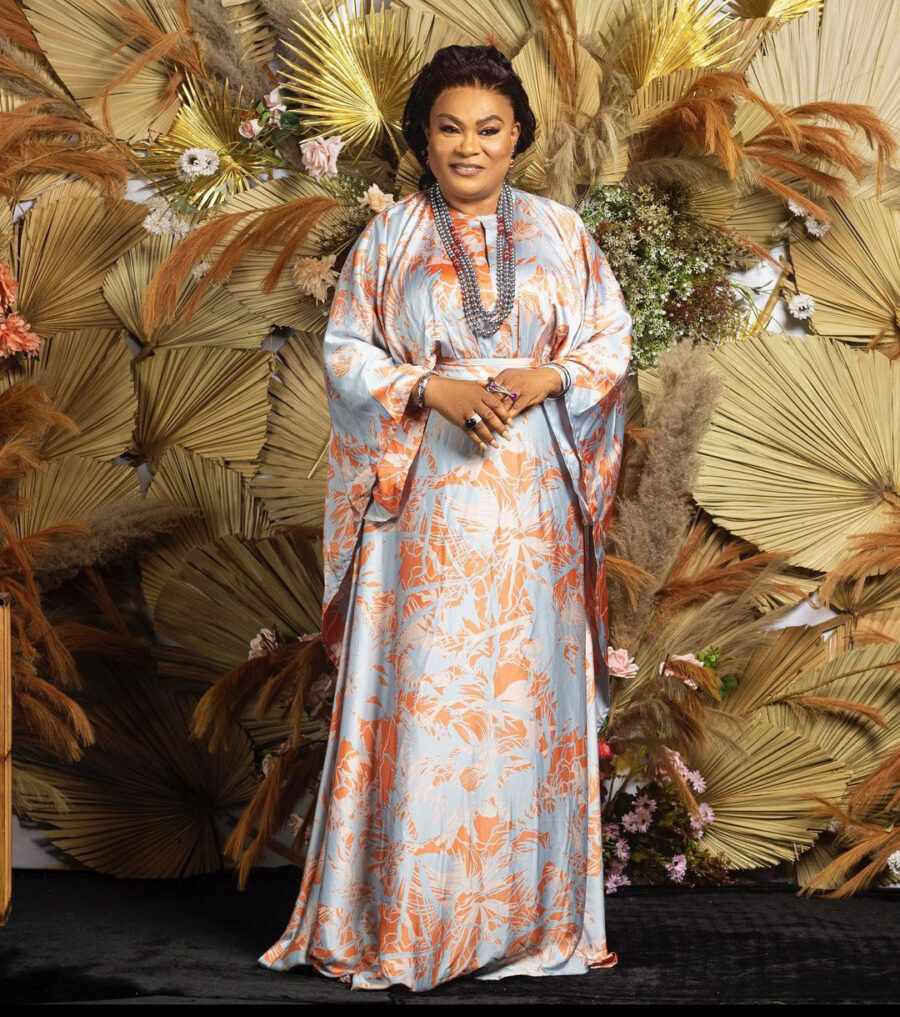 The Nollywood industry is no doubt soaring higher daily as it keeps producing professional actors and the unending input from producers, directors and scriptwriters to attain world-class recognition.

The “King of Boys” actress took to her Instagram page to make the made a special announcement.

READ ALSO: Uche Maduagwu Criticise Funke Akindele, Says She Is Not Fit To Be A Leader

Sharing a flier, she wrote,

“I am so excited to announce that I will be working with record-breaking Director/Exec Producer Hamisha Daryani Ahuja on her upcoming project!

“And….get this…we will be going to India to film! I will be playing a very dynamic role in this project and cannot wait for you to watch it”. 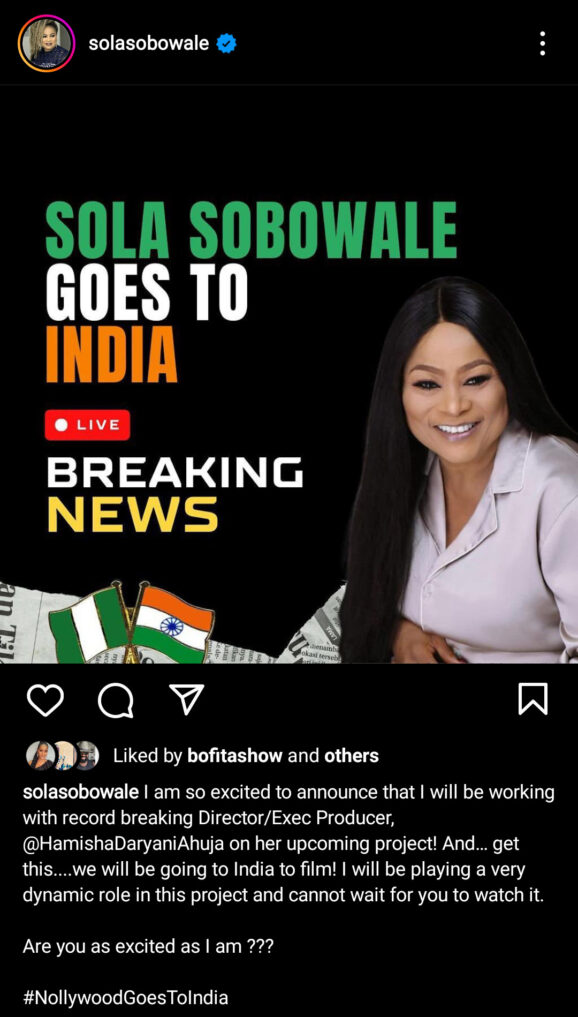 Glamsquad recalls that the 56-year-old mother of two had held a special thanksgiving at her church in Lagos where
honoured God for being so good and kind to her.

READ ALSO: Nigerian celebrity couple who ended their relationship in 2022

Here is why Sola Sobowale always shouts in her movies

Interview: “I Mopped And Cleaned Offices” – Sola Sobowale Speaks On Her Sacrifices And Absence From Nollywood Industry