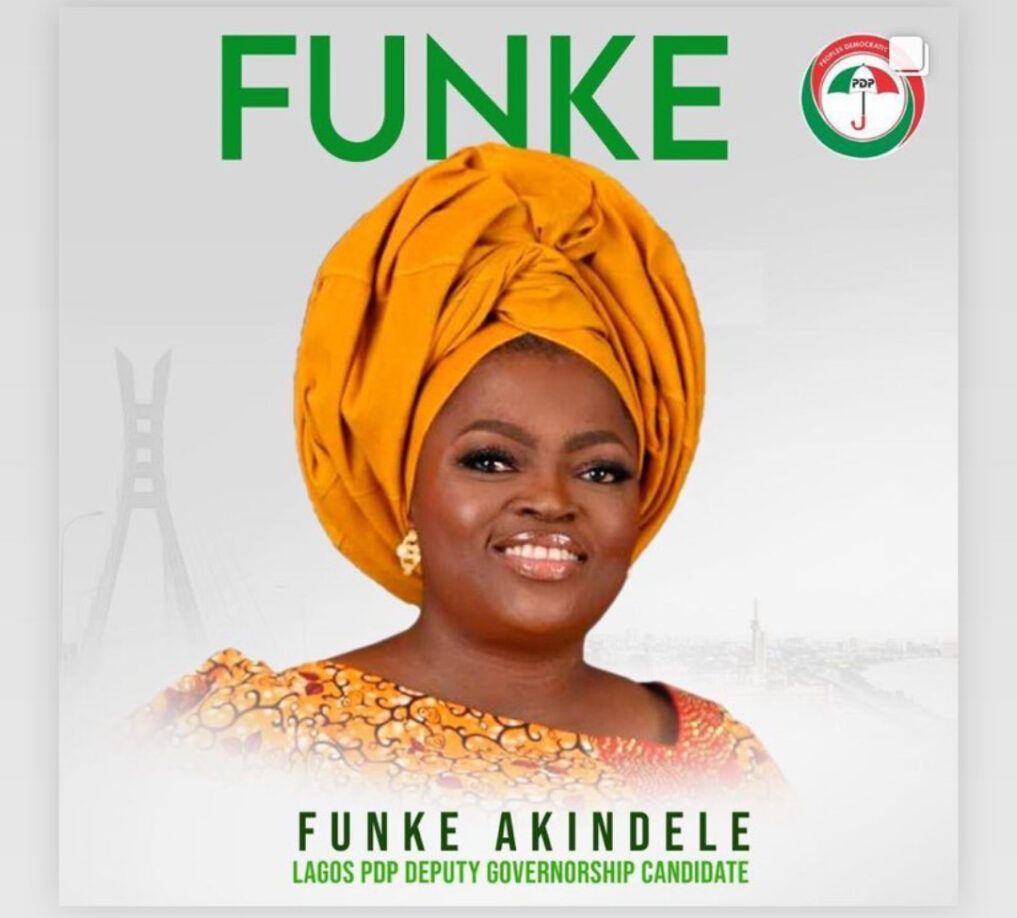 As congratulatory messages pour in for actress, Funke Akindele, hours after she unveiled herself as the running mate to the People’s Democratic Party’s governorship candidate in Lagos State, one of her colleagues has criticised her.

According to him, Akindele is insensitive because, at a time when Nigerians were observing social distancing to save their lives, during the global lockdown in 2020, she threw a flamboyant house party without ‘cognitive respect’ for safety and the effect of such actions on the fans who look up to her.

He also noted that such actions show she has a long way to go on her leadership spiritual journey.

“Dear Aunty Funke, you are a senior colleague and I have tremendous respect for your superb prowess in #acting but if this Na another Jenifa series, Abeg tell us.

“They say the true test of #LEADERSHIP is known during difficult times or adversity, and if at unpleasant time of never before seen #global pandemic when #Nigerians Dey observe social distancing to SAVE lives, you boastfully threw a flamboyant house #PARTY without cognitive RESPECT for safety and the effect of such absurd act on the millions of innocent fans who look up to you, it shows you have a long way to go on leadership spiritual journey in the prolific #school of OBIdient Ma. 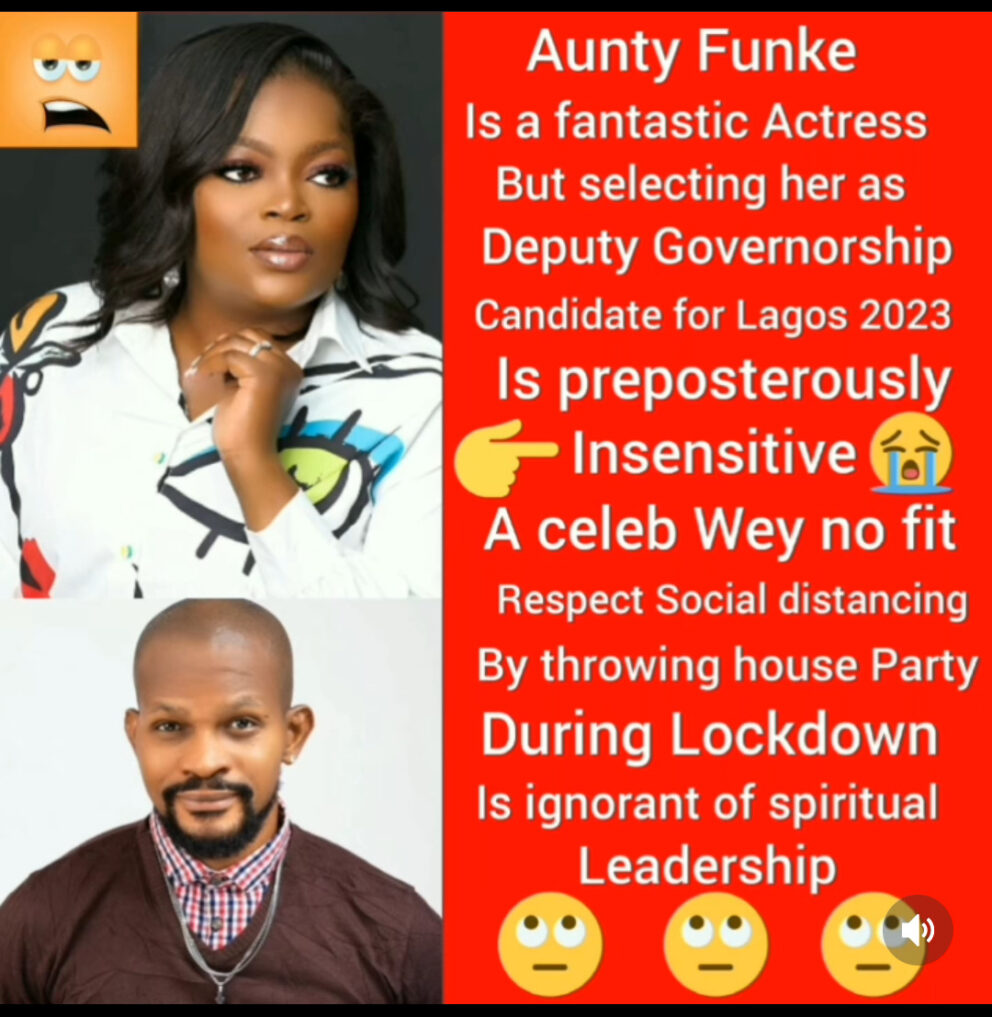 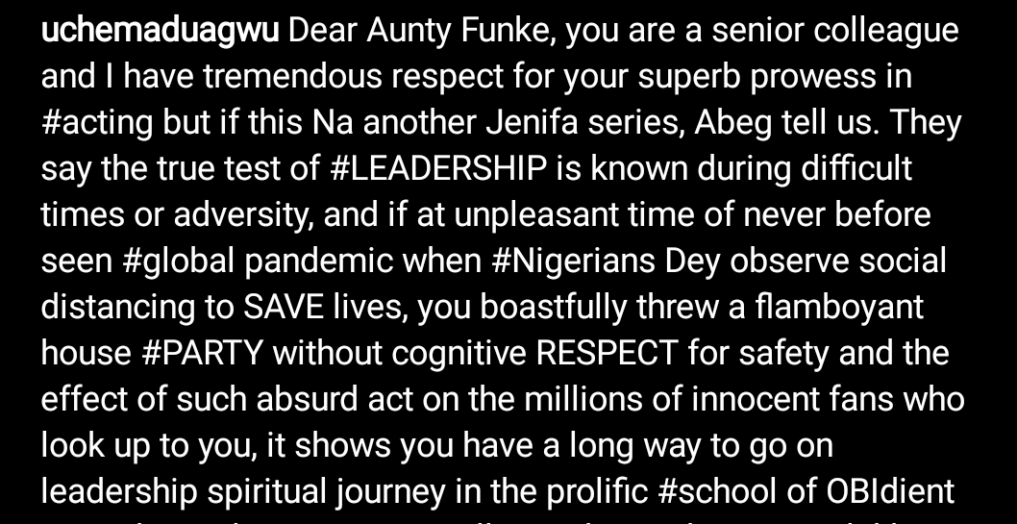 READ ALSO: “She gave me my first movie role” – Caroline Hutchings says as she celebrates Rita Dominic on her birthday

“I am thankful”- Funke Akindele says as she shares adorable photos