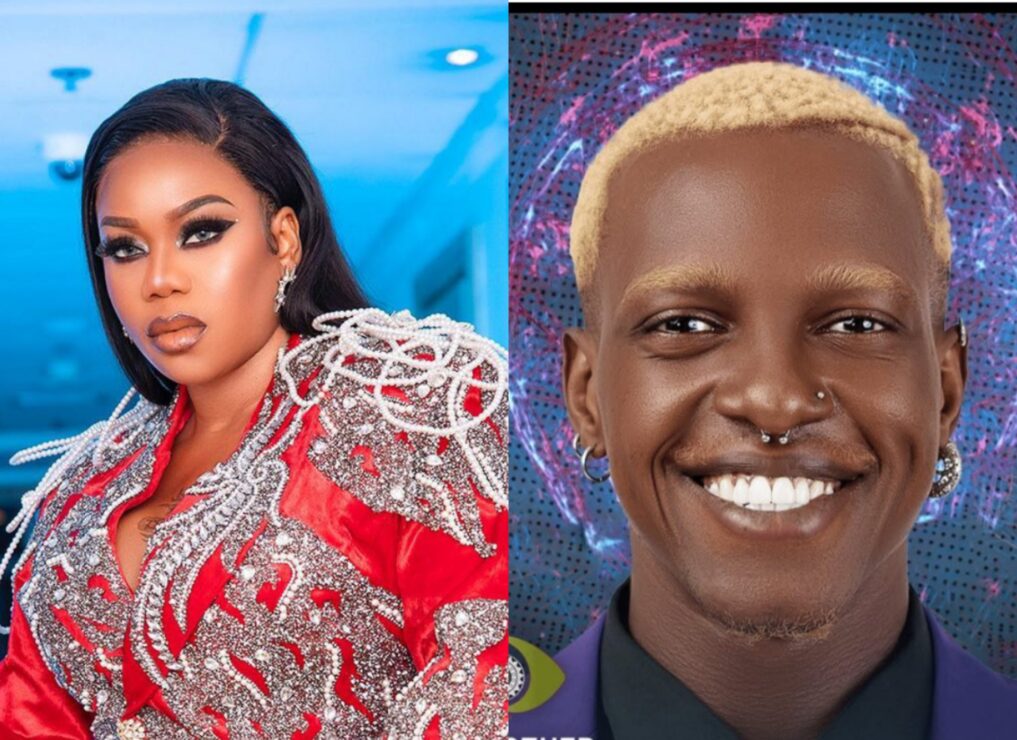 The mother of three took to her Instagram page to disclose the reasons why she wants Hermes to emerge winner of Big Brother Naija Season 7.

She said Hermes deserves the N100m grand prize so he could take proper care of his mother who is reportedly in a Psychiatric home.

Sharing a video of Hermes during the Head of House Game, she wrote,

“Hahaha my Guy @hermesiyele is not playing o. see how he’s walking as if he’s on the runway, just to go and pick ball.

“He puts drama into anything he does. I love him, Instagram deleted my post of him, they don’t want me to show his bumbum to the world. why Hermes wa kere ni,

“Inside that whole house, he’s the only one my eyes are seeing. I wish everyone luck though but he’s my guy for the year and he should be yours too, wish he would win and get the right help for his mom.

“I just love how he loves her, wish my mom was still here too to shower her with so much love but then again.”

Hermes emerged as the second Head of House of the ‘level up’ edition. He was the fastest housemate to carry a ball from one bucket to another located at the arena.

During the game, only Dotun, Cyph, and Hermes advanced to the next round in which Hermes won the final contest.

Chichi performed poorly in the game and emerged the tail of the house and will be punished for it.

READ ALSO: Fela Kuti’s sons, Femi and Seun, pay tribute to Dad on the 25th anniversary of his passing.

"If anything happens to me, hold him" - Actress, Cossy Orjiakor calls out tenant who threatened to beat her up

Toyin Lawani Reveals Why Her Daughter, Tiannah Is Dark Skinned