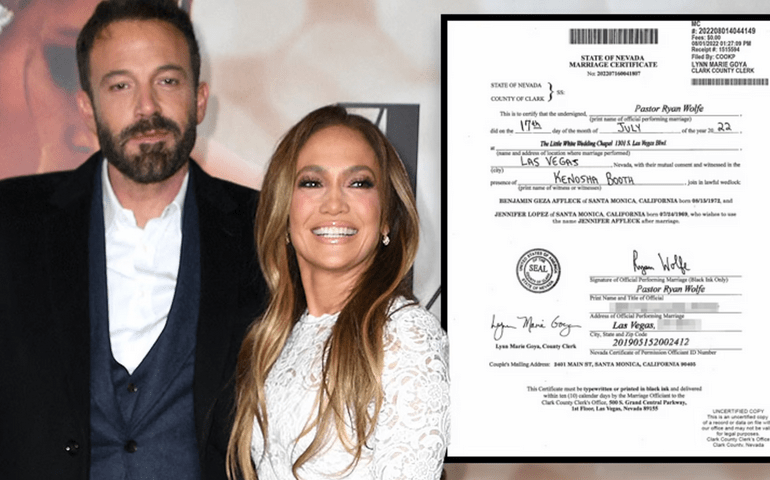 The marriage certificate of Hollywood couple, Jennifer Lopez and Ben Affleck has been released following their wedding at the Little White Wedding Chapel in Las Vegas.

According to the document, 53-year-old Lopez, and 49-year-old Affleck, were wed by Pastor Ryan Wolfe with a witness named Kenosha Booth present.

READ HERE: Fela Kuti’s sons, Femi and Seun, pay tribute to Dad on the 25th anniversary of his passing.

The document also lists the full names of the stars – Jennifer Lynn Lopez and Benjamin Geza Affleck and indicates Lopez is seeking to take her spouse’s last name, with her legal name as Jennifer Affleck moving forward. 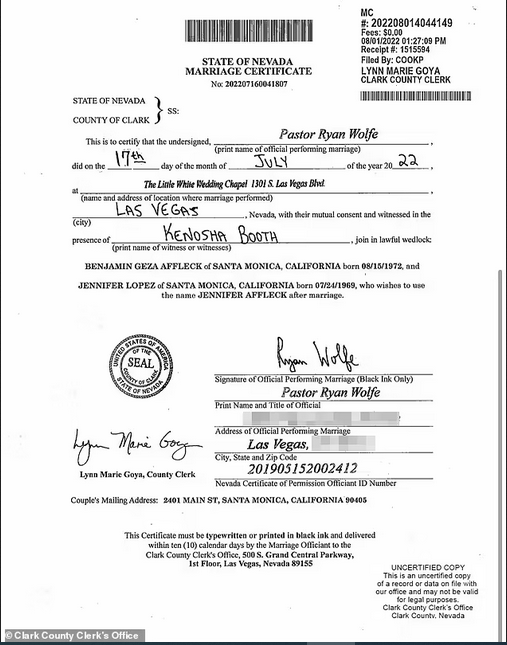 Both of the stars listed Santa Monica, California as their place of residence.

Lopez revealed the news in her fan newsletter On the J Lo, as she said, ‘We did it’ following the nuptials.

“Love is beautiful. Love is kind. And it turns out love is patient. Twenty years patient.” 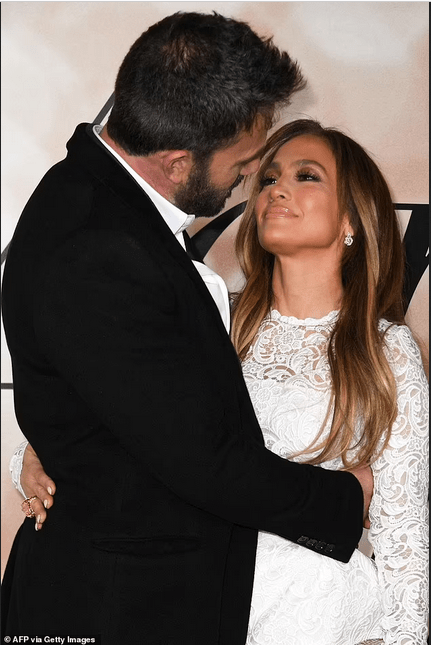 She also said that she and Affleck travelled to Las Vegas and stood in a line to get a wedding license with four other couples.

“Stick around long enough and maybe you’ll find the best moment of your life in a drive through in Las Vegas at 12:30 in the morning in the tunnel of love drive through with your kids and the one you’ll spend forever with.” The couple known as ‘Bennifer‘ rekindled their romance in 2021,17 years after they called off their original engagement in 2004. 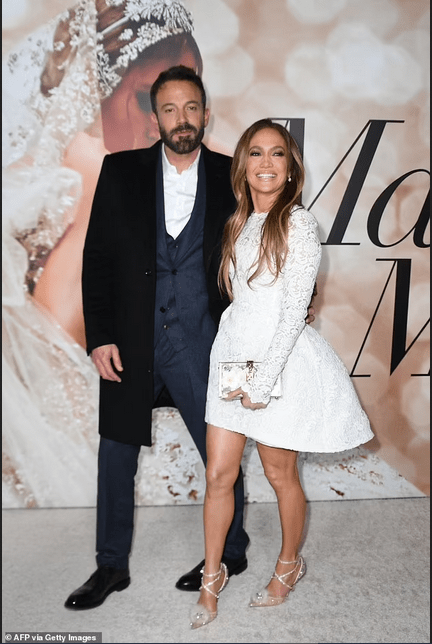 Glamsquad recalls that J Lo’s first husband, Ojani Noa expressed his doubt over his ex-wife’s marriage to Affleck. According to him, Lopez “loves being in love” but loses interest after the passion in her marriage fizzles. Read here.

Glam Look Of The Day: Jackie Appiah Serves Glam in a Yellow Outfit