According to the Wall Street Journal, Apple is adding an automatic car crash detection feature to the iPhone and Apple Watch. The feature will be available early next year, most likely with iOS 16. 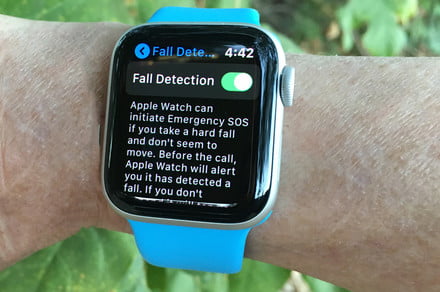 According to the report, Apple will work on using the sensors in both the iPhone and Apple Watch to detect “a sudden spike in gravity,” similar to how Apple’s Watch currently detects falls. There are no details on how it will be implemented, but it is likely that a notification will be displayed, and if the user does not respond to the notification in a timely manner, the phone will dial 911 or other emergency services. The Apple Watch’s fall detection feature works in this manner.

This would not be a novel feature on a phone. As part of Google’s Personal Safety app, the Pixel 6, Pixel 6 Pro, and other recent Pixels support car crash detection and automatic emergency services dialing in the United States, United Kingdom, Ireland, Spain, Singapore, Australia, and Japan.

Because smartphones are the tools that everyone uses on a daily basis, phone manufacturers have implemented features to help mitigate some of the problems they may cause. Distracted walking is becoming more common as people pay attention to their phones while walking around, for example, to navigate or text, and a new feature on Android via Google’s Digital Wellbeing app prompts users to look up and pay attention to their surroundings.

In a similar vein, according to a National Safety Council survey, mobile phone use accounted for 13.4 percent of distraction-related car crashes in 2019. Car crash detection would fit right in alongside sleep tracking, headphone volume prompts, and other similar features aimed at mitigating the negative effects of smartphone overuse.

Flaunting Microsoft’s rules, man gets Windows 11 to work on a 15-year-old PC