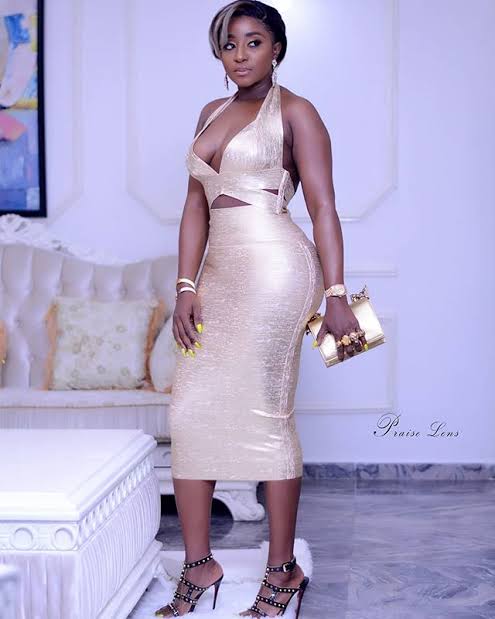 Popular Nigerian actress, Ini Edo has become the major talk of the town as she stuns guests at hens night of Rita Dominic.

READ ALSO: Actress Ini Edo Fires Back at Critic Who Claimed Her Baby’s Dad Is a Random Person

The movie star was captured in her dancing steps in all white body tight cloth.

Fortunately, Fans took to Instagram to react to Ini Edo’s huge backside while dancing on the open floor.

Watch the video below as captured by glamsquad,