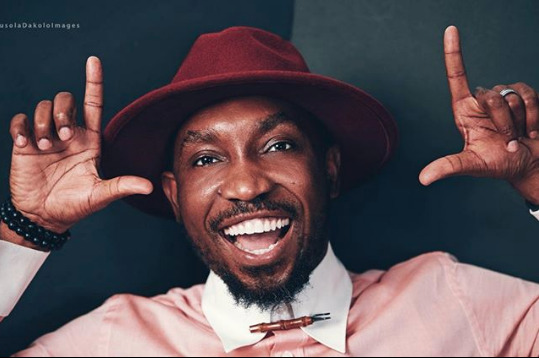 Nigerian singer, Timi Dakolo has come out to tackle the ongoing critics against him for attending and singing at presidential aspirant, Atiku’s campaign.

Glamsquad Magazine had earlier reported on how the artist was heavily attacked by angry netizens for attending the declaration which took place today in Abuja.

Read Also: Timi Dakolo revealed what he found about his 10-year-old son

Seemed like netizens ain’t done with Timi as a troll attacked the singer sharing that hunger is a bastard and the singer already endorsed the politician. Timi who seems not to be having any of that fired back sharing that he will sing and make money and anyone who is bothered could get into the music business. 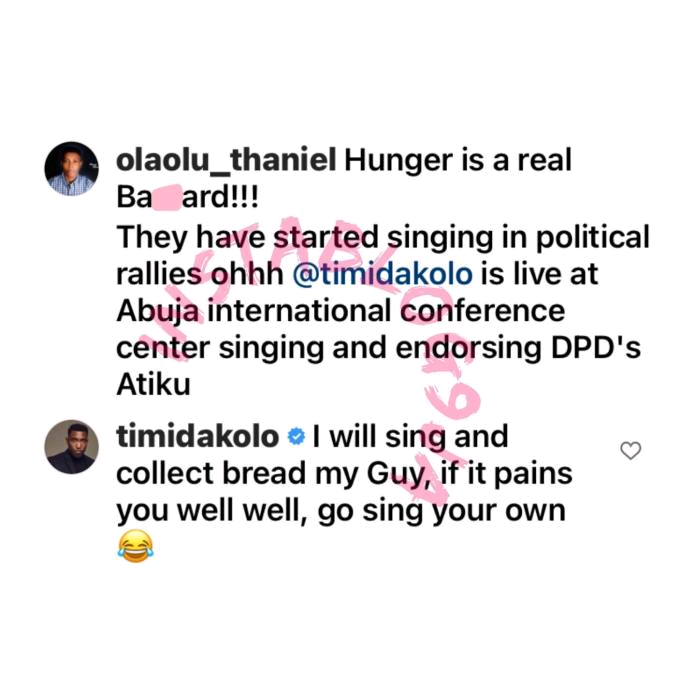