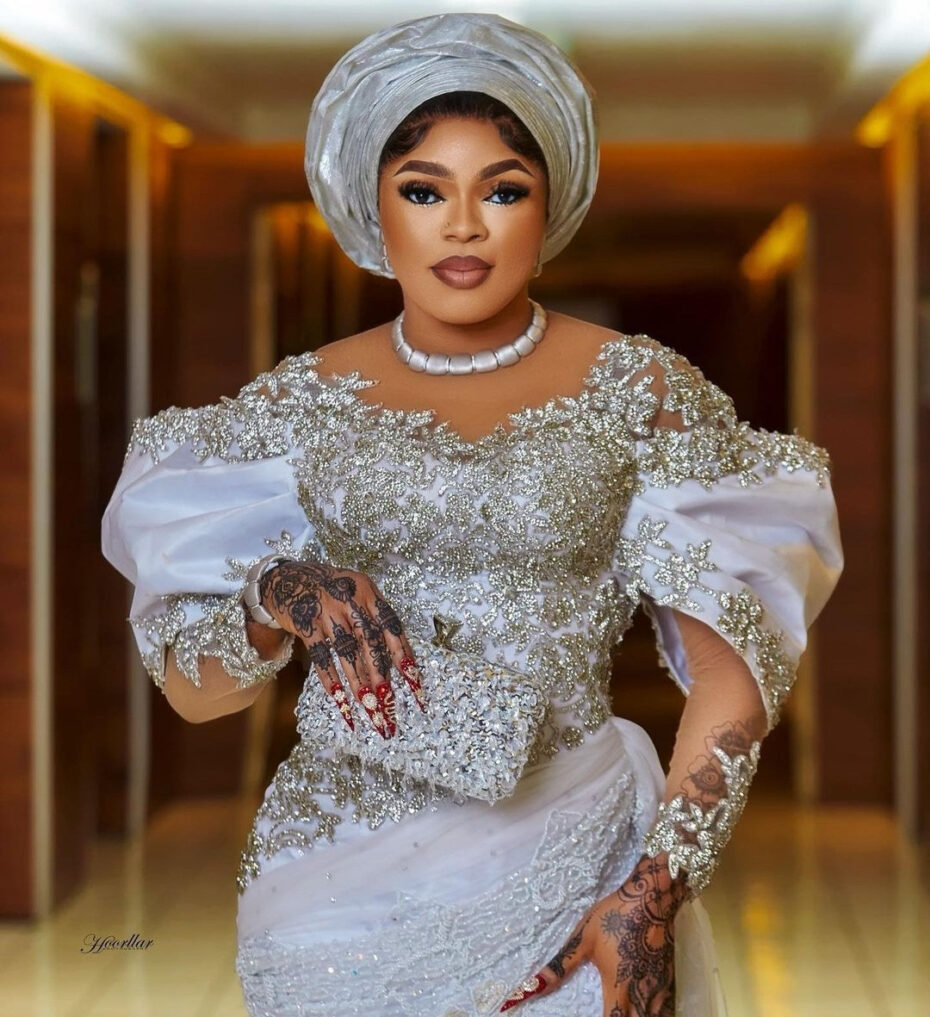 Controversial crossdresser Idris Okuneye, better known as Bobrisky, has issued a stern warning to his fans over his pictures.

The 30-year-old took to his Instagram page to ask his fans to stop taking pictures of him with their android phones.

READ ALSO: Nollywood Fantastic Four Are Back, Check Out What They Are Up To

“I don’t know what is in some people phone the moment they snap you like dis you will look like someone keke jam !!!! Nobody should use any android phone to snap me. Only iPhone 13 if you don’t have iPhone 13 just keep ur phone in ur pocket.”

He added that he needs to stop looking like a retired lady of the night. 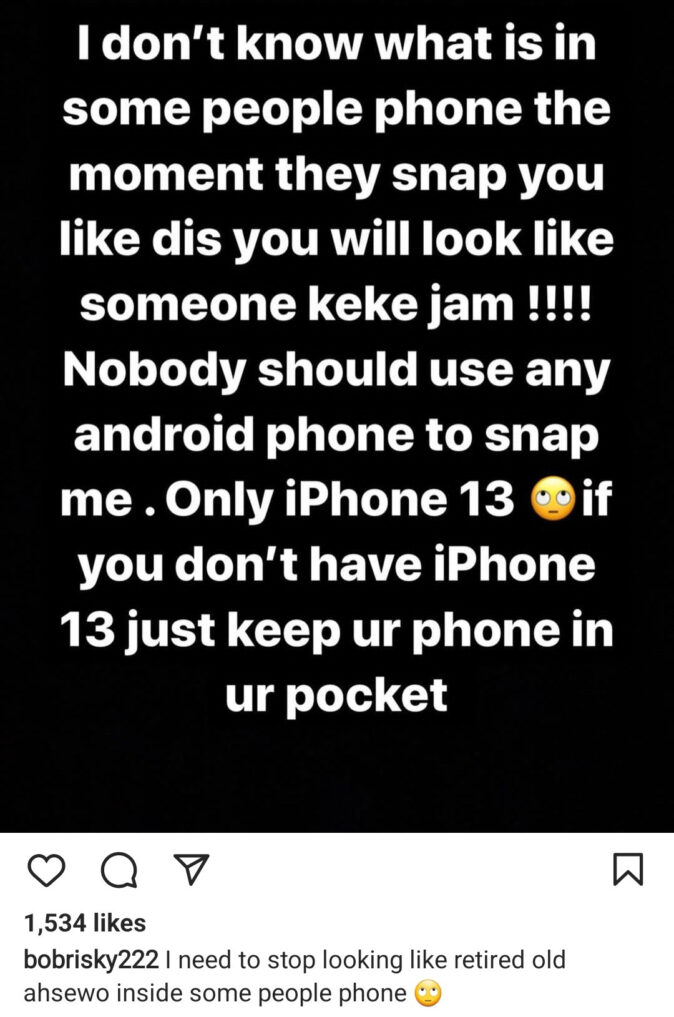 Glamsquad recalls that the crossdresser was sued by a jeweller for unpaid bills. He was dragged for purchasing gold on credit for his birthday photoshoot last year and then refused to pay.

According to the jeweller, her outburst comes after Bobrisky accused his former best friend Tonto Dikeh of owing him N5 million. Read here

READ ALSO: Bobrisky Threatened To K*ll Me If I Didn’t Quit Being A Drag Queen — James Brown Spills (Video)