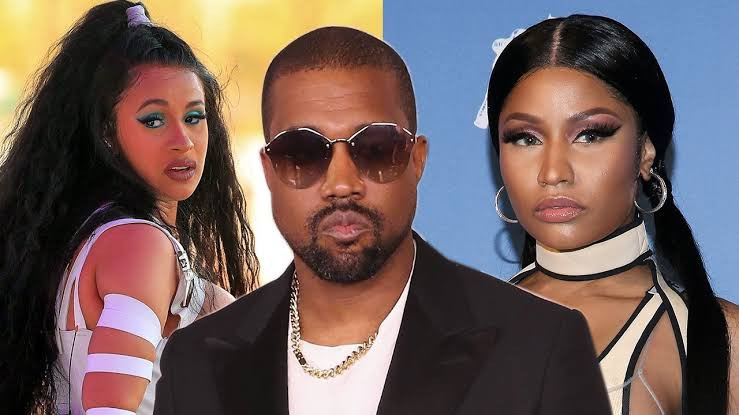 Nicki Minaj, a rapper, has slammed her colleague and fashion entrepreneur Kanye West for not releasing their song collaboration but has gone on to feature in Cardi B’s latest single, glamsquad reports.

After a 45-minute delay, Minaj took the stage, performing her collaboration with Lil Baby “Do We Have A Problem” before moving on to fan favorites like “We Go Up,” “Did It On ‘Em,” and “Beez in the Trap.”

However, Minaj abruptly ended the show after her DJ played “Monster,” a 2010 Kanye West single on which many fans believe she delivered her best guest feature.

Minaj’s refusal to perform “Monster” fueled speculation that she had a falling out with Kanye West, blaming it on his appearance on Cardi B’s new “Hot Shit” single, while Kanye refused to release a song Nicki worked on with him on his previous album Fonda and Donda 2.

View the video below as captured by glamsquad,

Nicki Minaj cut off Kanye West’s part of “Monster” and had some choice words after he did a song with Cardi B 😳 pic.twitter.com/dwPhKiL8wW

"Go Do DNA For All Your Children, E Get Why" - OAP, Destiny Amaka Advises Men