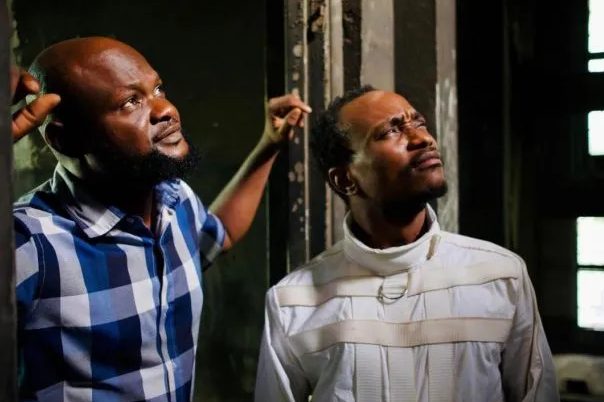 Brymo’s long-time manager, Lanre Lawal, has announced that he has parted relations with the Nigerian musician.

Lawal, who has managed Brymo for roughly eight years, noted in his parting statement that it was a mutual decision to move on to the next step of their respective paths separately.

“In a statement titled, ‘Notice of disengagement between Bail Music Company and Brymo,’ Lawal wrote, “This is to inform the general public that The Bail Music Company, under the leadership of Lanre Lawal, is no longer responsible for the management of Olawale Oloforo, popularly known as Brymo.”

Read Also: ‘I have no problem with my lover cheating on me’ Moyo Lawal

Lawal went further to talk about the relationships he built for the singer, “Over the last eight years as Brymo’s manager, we have built formidable relationships and partnerships with top music stakeholders in and outside Nigeria.”

He continued, “Together, we have assisted in amplifying the strength and talents of the singer/songwriters (Brymo) through the smooth development and execution of projects that have grown the brand internationally. However, like every healthy relationship, there is a mutual decision to move on to the next stage of our professional journeys individually.”

“We are proud of the years we worked together and find nothing more satisfying than to see Brymo reach the heights of his success.” 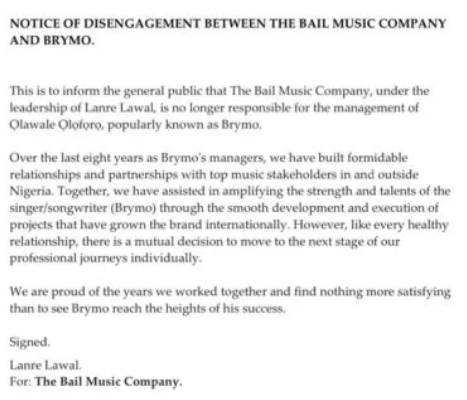 BBNaija's Tacha and Khafi are no longer friends

Brymo drums support for Tinubu ahead of 2023 Presidential election