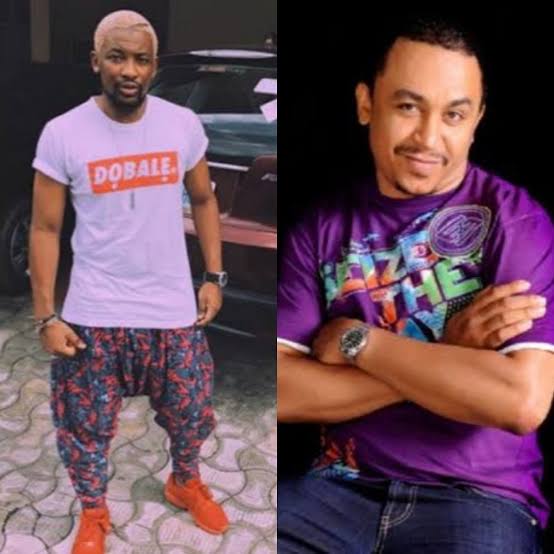 Popular Nigerian on air personality, Dotun, has reacted to the post made by Daddy Freeze to singer Brymo after the latter called out 2face on social media.

Daddy Freeze wrote:
“Brymo, in my humble opinion, saying this is wrong, haba. And the timing too, these people have gone through a lot…I’m not saying you shouldn’t speak your truth, it’s just better to let certain dogs lie, and kicking a man when he is down is also not right.”

Commenting under Freeze’s post, Dotun wrote:
“Freeze you are already taking sides. Find out from both parties first. If you said he should have handled this differently, fair enough but don’t suddenly take sides.”

Dotun went on to add that, “Sometimes being trapped with the truth is tough but let us all be careful when it comes to these type of issues. Play safe.”

The actress queried Freeze’s sense of reasoning and mandated him to focus on criticising pastors and leave others including Brymo alone.

Freeze has, however, responded to the actress. “My response was clearly directed to Brymo, not to members of a coven of frustrated homosapiens and subliterate pillocks, looking for online carrion to sink their putrid fangs into. My message was clear, so if you find it confusing, get a rewire for your head, because your brain don dey on ‘check engine’ light,” Freeze wrote.

And just to set the record straight, the points I raised were not aimed at being sympathetic or unsympathetic towards Brymo’s plight. Rather, I chose the medium to express that a more appropriate “timing” would have sufficed, as kicking a man when he is down is unpolitic in my humble opinion.

Further more, if he was telling the truth, then obviously Tuface made the allegation privately. So, why is he responding publicly? In so doing, he gives room for suspicions and accusations. Daddy Freeze added.