The remains of late Nollywood veteran actress, Ada Ameh will be laid to rest on 26th August 2022.

Glamsquad recalls that the actress died on 17th July 2022, two years after losing her only child, Aladi Godsgift after a failed surgery in October 2020.

According to her Obituary poster released by her family, a novelty match will be played on 19th August at the Nathaniel Idowu Pitch, Oregie, Lagos, in her honour.
A candlelight procession will also be held on the same date at Teslim Balogun Stadium Surulere, Lagos. 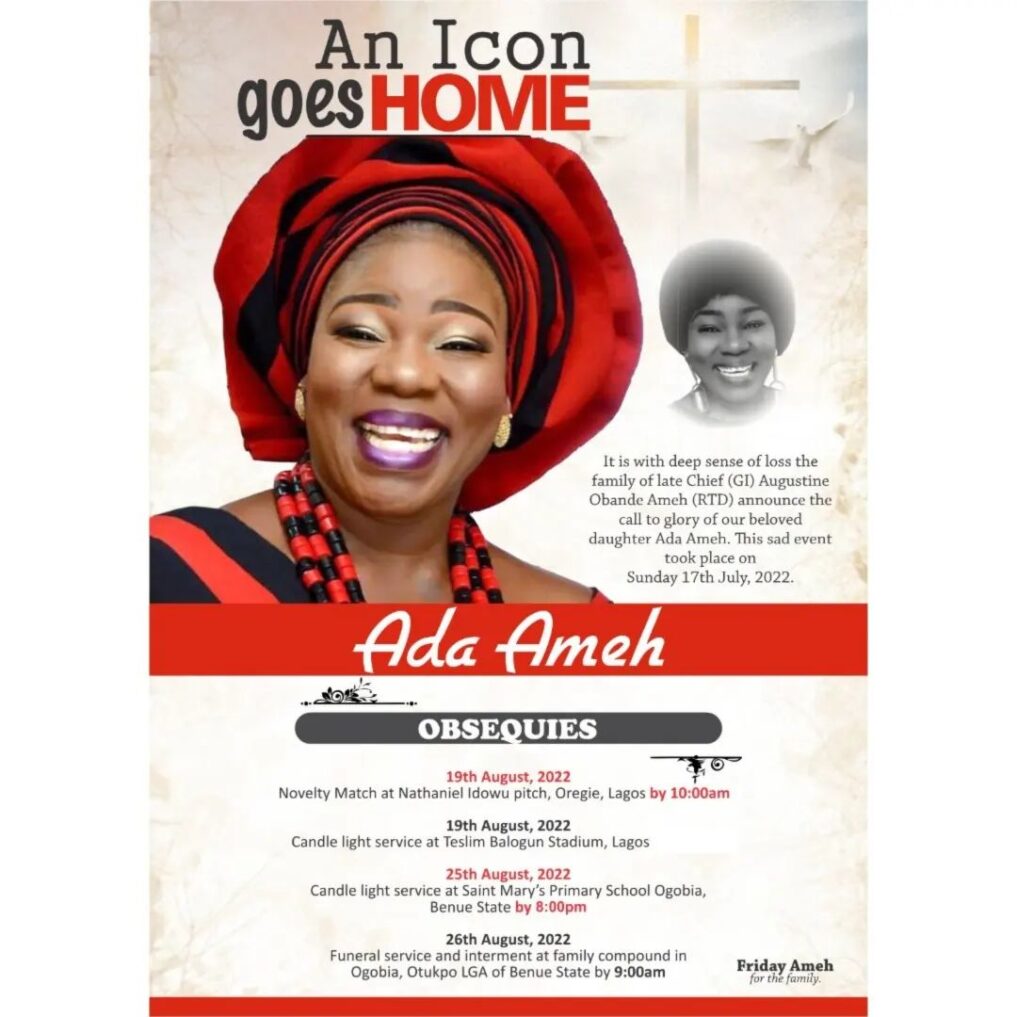 The burial ceremony will take place in Benue State on the 26th of August. On 25th August, another candlelight service will hold at Saint Mary’s Primary School, Ogobia, Benue State.

This would be followed by a funeral service and internment at her father’s compound in Otupko Local Government of Benue State on 26th August.

Ada Ameh played the role of Anita in the movie ‘Domitilla’ in 1996. She is also famous for her role as ‘Emu’ in Africa Magic Series, “The Johnsons.” 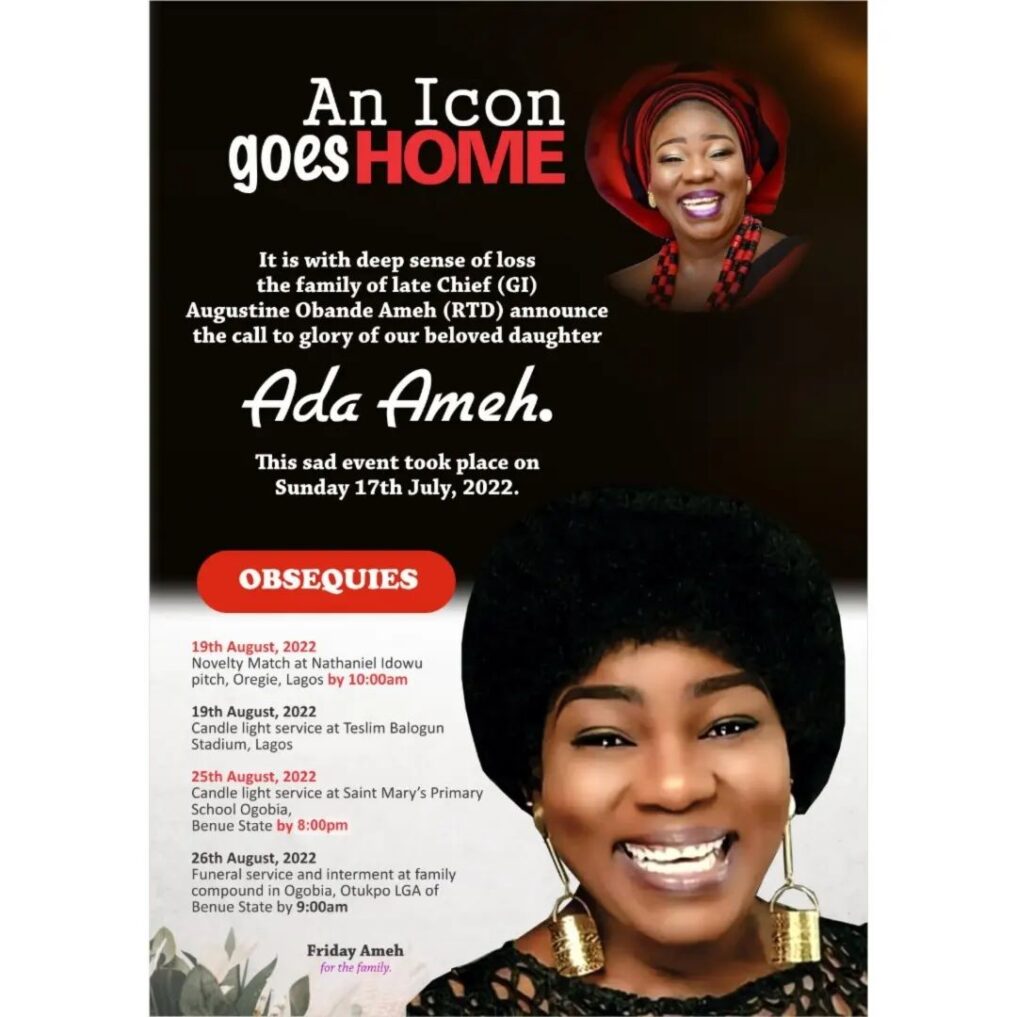 READ ALSO: A man can cheat on you and still love you with every breath of his life – US-based Kenyan preacher Dr. K N Jacob reveals