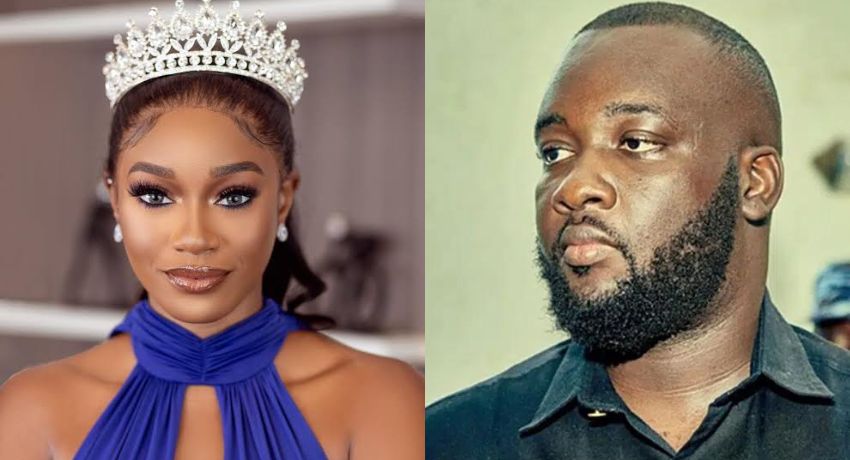 Brother of BBnaija star, Beauty has made a U-turn concerning his previous video about her dishing out content for the BBnaija show.

Disqualified housemate, Beauty has left a lot of people reacting to her disqualification as the like of comedian, FunnyBone stated that the star tried following in the footstep of Ex housemates, Tacha and Cee-C.

Read Also: Video: Kizz Daniel Arrested In Tanzania For Not Performing At His Concert

However following the series of backlash, brother of Beauty, Kwayi Tukura has relased a statement apologizing to the public as he pointed out that he didn’t mean to support violence in any way possible.

Kwayi Tukura shared a screenshot of his statement and wrote:

‘Basically I appreciate the support given her by people who don’t even know her ,my point was really she’s human and of course she will work on managing her emotions better, I also most definitely wouldn’t encourage that she displayed her emotions in that manner ,the video was not an indication of supporting violence in the big brother house.

I deeply regret if that message came across wrongly.
That video is also not the view point of @beautytukura on the matter nor is it that of her management team ,it was mine and I hope everyone offended by it will realize my true intent for making it.
It was just a brother trying to stand up for his baby sister.” 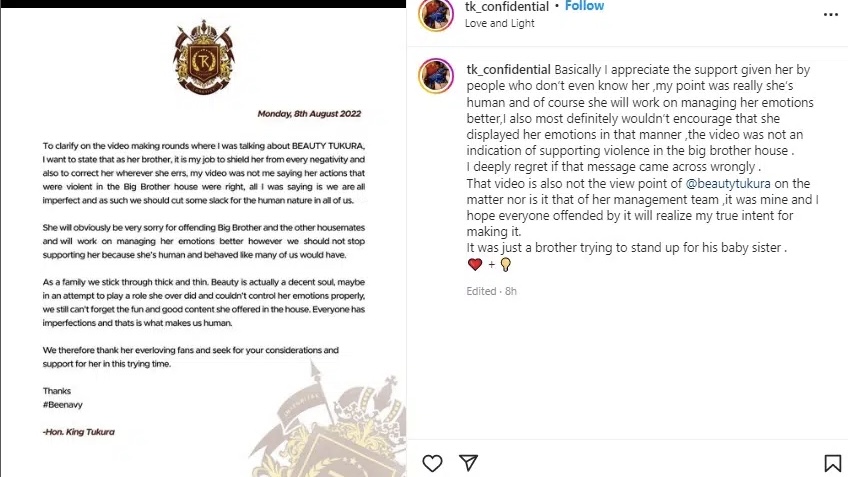 Video: Kizz Daniel Arrested In Tanzania For Not Performing At His Concert

Glam Look Of The Day: Mercy Aigbe Slays in a Blazer Dress