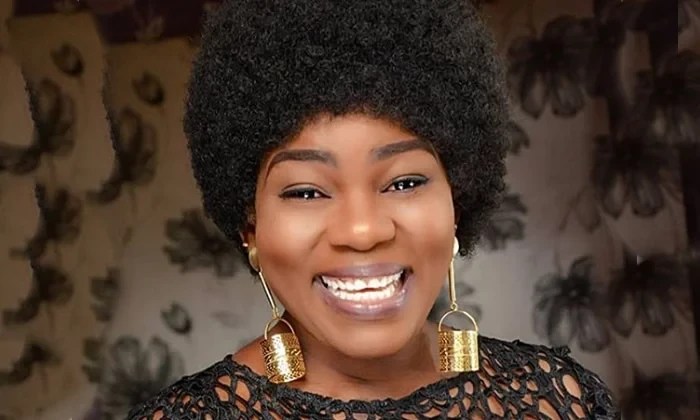 Glamsquad reported on the demise of actress, Ada Ameh after she was said to have collapsed on Sunday at 11pm.

Ameh was said to had been a guest of an oil company toyshop and his family when she suddenly collapsed.

“Happy new week fams. This trip for my friends elder sister, is just an enjoyment gallow!!! Thanks my darling sister phil. I really enjoyed myself!!. God bless my love. May dreams come true in Jesus Christ name “

Her worried fans stormed her comment section to express their shock and pains over the ugly news.

A new development shows that the actress died of mental issues and heart attack.

“Just in : So we just confirmed from the Family Elder now that Ada Ameh is gone, this is Heartbreaking. May her soul Rest in Peace, the cause of the death was said to be from mental issues and heart attack”.

May her soul RIP!! 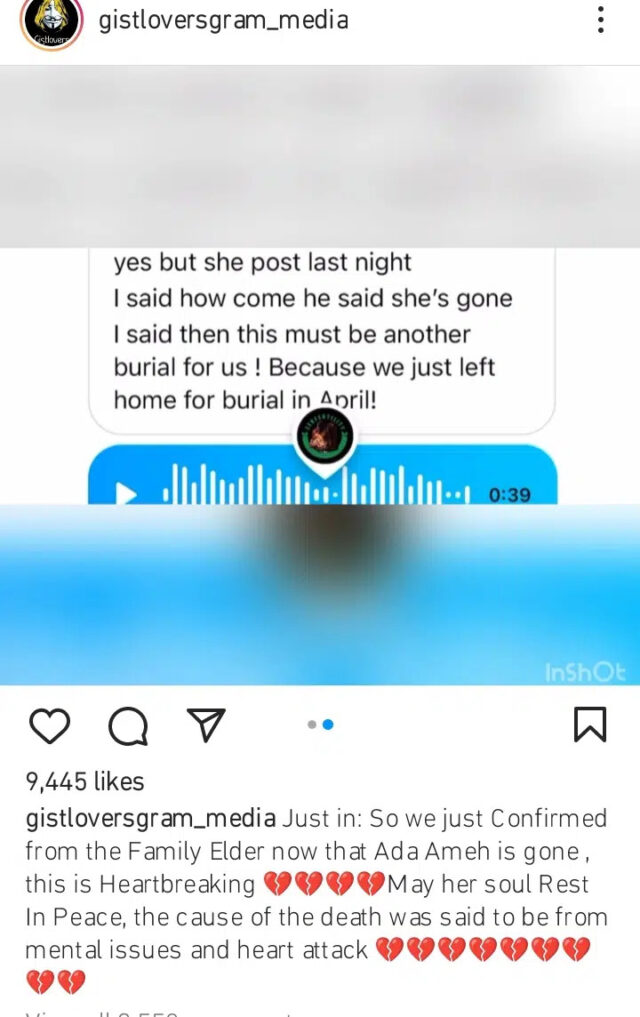 ”I miss my kids”- Actress, Mary Remmy Njoku laments on being a ‘working mum’