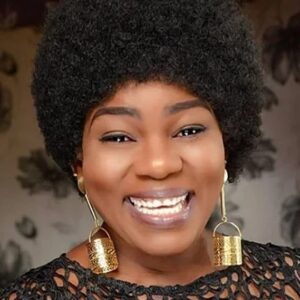 Friends, Fans and family have continued to reel in the shock, following the death of Nollywood actress, Ada Ameh.

Glamsquad reported that Ameh, also known as Emu in the popular TV series, ‘The Johnsons’ died in Warri, Delta State, a week ago. Read here.

The entertainment industry was thrown into turmoil as many found it hard to believe because she shared a video of herself eating, together with the family that hosted her in Warri.

A relative of the deceased, identified as Ameh Abahi who is currently at the deceased house in Lagos disclosed that many were quick to announce her death without the family even knowing.

She further stated that all she has seen since arriving at the deceased house are her photographs and memories.

“Dear Boss! Your demise is no longer news. Many have helped us announce without your family even knowing. We’ve remained strong. Since I came into Lagos, all I’ve seen in your house are photographs and your memories.

“It’s heartbreaking! I constantly check my blood pressure as I wallow in silence. Life is short as it is said. Your life was impactful! You will be remembered by what you have done! Fans, kindly drop your tributes to Ada on ada-grace-ameh.forevermissed.com

“Announcements for the candle light and funeral service will be announced by her family soon.”

Glamsquad recalls that before her death, Ada Ameh opened up about the mental health challenges she had been facing. In a series of interviews she granted, she revealed that she never recovered from the shock of losing her daughter, Aladi, who died in October 2020. 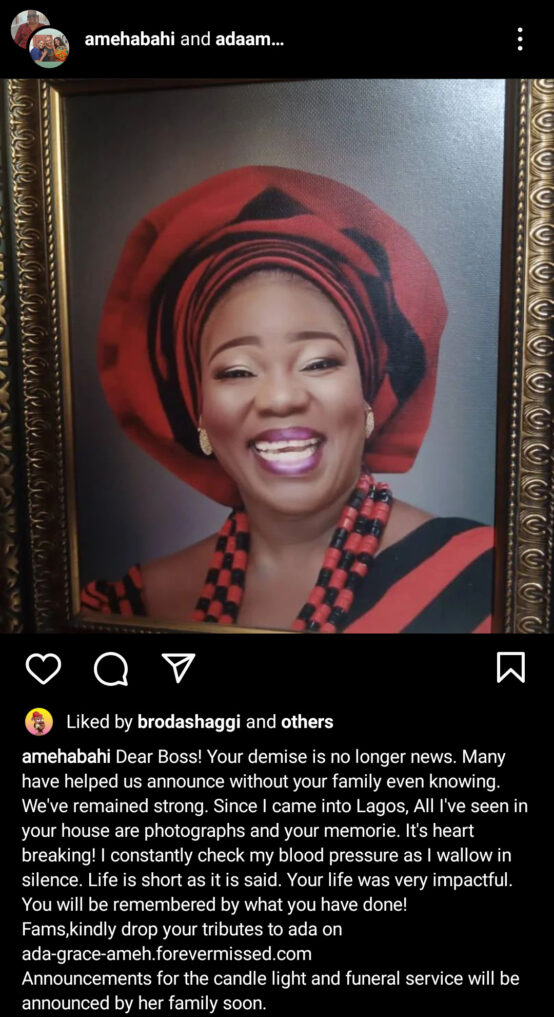 BBnaija S7: "You think because you're curvy you can mistreat guys" - Kess tells Amaka

Glam Look Of The Day: Cee-C Stuns in a Blue Dress