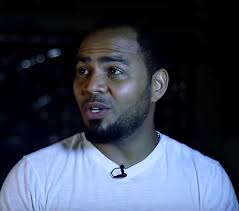 Nollywood has definitely evolved with time as they tend to produce very educative and amazing movie which are very enjoyable.

The actors and actresses put in a good work, however I will only be giving 5 top most paid actors in Nollywood.

Here are the top 5 most paid in Nollywood;

Although he is not really acting like he used to do, he is still the most paid actor as his networth is $7million.

He studied Theatre Art in the university and presently has an estimate networth of $6million which automatically makes him one of the most paid.

Nollywood bad boy Jim iyke is paid 1.5 million naira for each role with a networth of about  $3million.

Nollywood loverboy is the third on this list with a networth of $4.5 million.

His role as Mr IBU was what brought him to fame and ever since then he has been doing a good job.

John Okafor networth is $2.2 million and he is one of the most paid in the industry.

FOR GENTS: What You Can Do For Beau On Valantine's Day Without Spending Too Much

Health Benefit Of Avocado That You Probably Didn't Know About