Mercedes-Benz is bringing the immersive audio experience to its vehicles with Dolby Atmos, which will be available in all of its lineups in 2022. Yes, this is not a drill, as the German automaker has already teased the feature in its advertisements, with the technology coming with their vehicles’ infotainments.

Mercedes-Benz will introduce Dolby Atmos in 2022 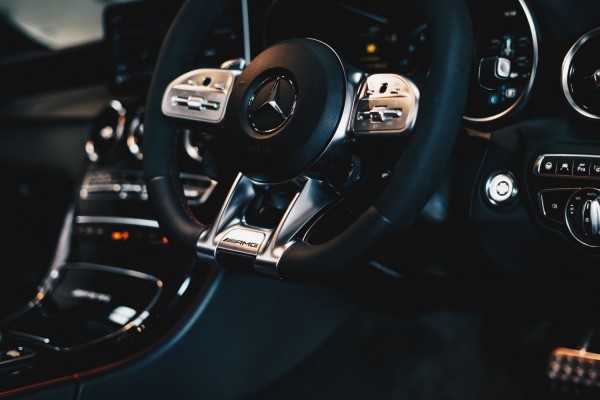 Mercedes-Benz announced via Daimler that it will be bringing a new audio experience for its vehicles by 2022, and that it will be partnering with Dolby Atmos for its music and all audio needs. Despite its primary focus on music for the vehicle, the feature can be used for a variety of purposes and functions.

Dolby Atmos focuses on integrating 3D and 4D music experiences into the vehicle’s entertainment system, which is a new direction for the luxury car company. Some of the company’s vehicles would have a total of 31 speakers and eight sound transducers for their setup.

Dolby Atmos would take advantage of its massive sound setup on the vehicle, which would all come standard with the vehicles.

The Dolby Atmos for cars technology would be available to Mercedes as one of the world’s firsts, bringing the immersive audio experience of the technology while integrating it with the luxury features of the German car. This would improve the overall driving and riding experience for all of the company’s vehicles that are compatible with the feature.

Tesla is one of the most popular car brands in the tech industry, and it is proud of its “Tesla Audio Codec,” which it has developed to bring one of the best speaker systems in the world and car industry. There are no Dolby Atmos or special features here, and it is only a feat of engineering, according to Elon Musk, and it contradicts current popular systems.

Tesla may have its own branding and incorporate various aspects of its vehicles, but partnering with Dolby does not make the car company a lesser-known brand.

Lucid Air is known for being one of the first car manufacturers to incorporate Dolby Atmos into its entertainment system, which Lucid touts upon its release.

Dolby Atmos is now available in a variety of systems around the world, not just cars, as it was first seen on television setups, particularly with LG smart TVs, soundbars, and other technologies.

Mercedes’ adoption of Dolby Atmos on its entertainment or infotainment systems is a way to provide users with a more immersive audio experience that differs from previous releases.

Latest Ankara Styles You Can Wear This November

Senator Dino Melaye rocks Versace 'down to his boxers'

Top 20 Most Expensive Cars In The World