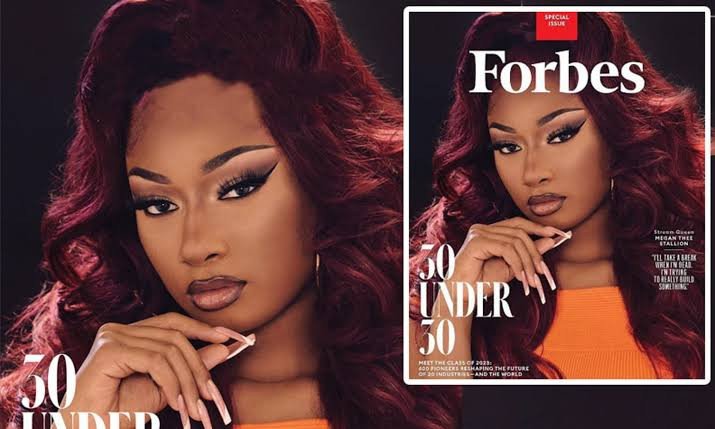 According to reports, she earned approximately $13 million this year from her music, ticket sales, and endorsements.

For her cover story, the Houston native sat down with Forbes writer Jabari Young to discuss her rising empire. “I’m not going to be able to slow down right now,” she told the publication. “When I die, I’ll take a break.” I’m attempting to construct something substantial. When I start sitting, I feel like I’m not doing enough or that I’m allowing someone else to pass me.”

The “WAP” singer also stated that one of the most important lessons she’s learned about the music business is to “save your money.” “I have yet to make a stupid, crazy purchase.” My jewelry is expensive, and my house is expensive, but I’m not going to buy 100 cars. “Learn how to put your money to work for you,” she added.

“It’s really difficult to be the first something in 2022, so ahhhhh,” she says.

“I want to be known for more than just my music.” I want people to remember Megan as everything she ever wished to be. Megan is an artist. I’ve always liked to dabble in a variety of different things, which I believe I inherited from my parents.”

“Perhaps I could be Megan Thee Stallion.” I could be imaginative. Megan, the student, could be me. “I’m going to finish my degree.” she continued