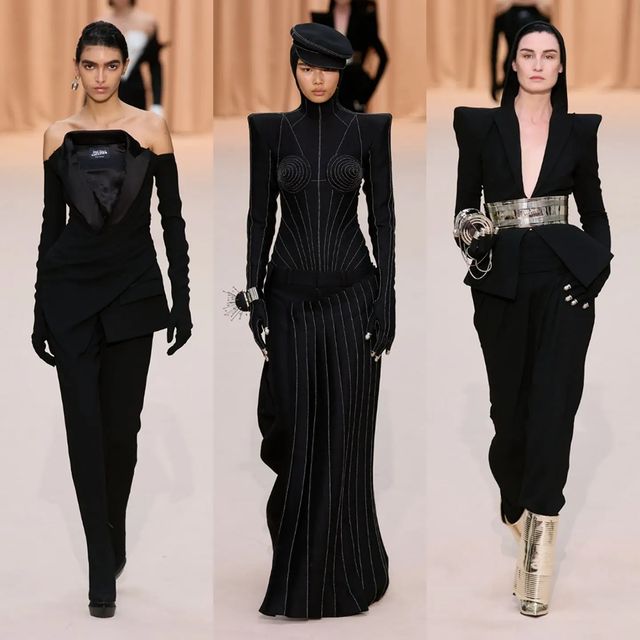 Jean Paul Gautier FW 2022 Couture by Olivier Rousteing were indeed of interest as Olivier revealed that the collection was an open letter of love to Jean Paul. 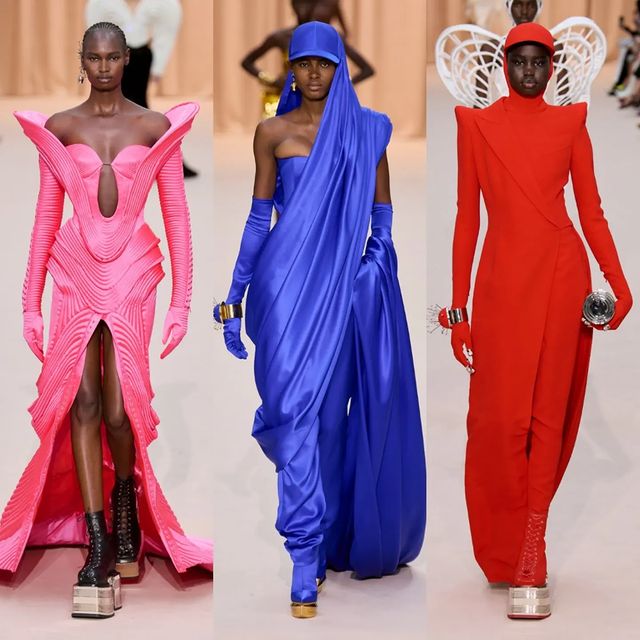 This meant a string of really intimate photographs for Rousteing. For example, a memory of his father using the venerable Le Male perfume in its tin container or Madonna wearing a nipple-freeing outfit designed by Gaultier for an amfAR event in 1992.

The first woman’s outfit, which included a blue glass bodice with a metallic, tin-can-inspired skirt and matching platforms, must be mentioned. It was, in other words, a “Le Male” perfume bottle come to life. 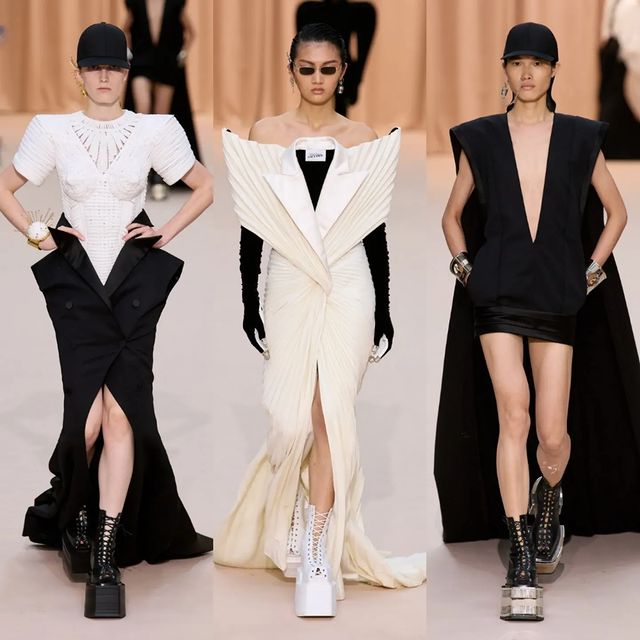 It has a stiff, feminine feel while still feeling modern. Other looks include dramatic nude dresses with cone bras, which are currently fashionable, and JPG’s signature corsetry; modified, censor-friendly variations of the free-the-nipple Gaultier look Madonna wore on the 1992 amfAR Gala runway; and dramatic, structured clothes that spike to the sky or fan around the chest like a protective shield. 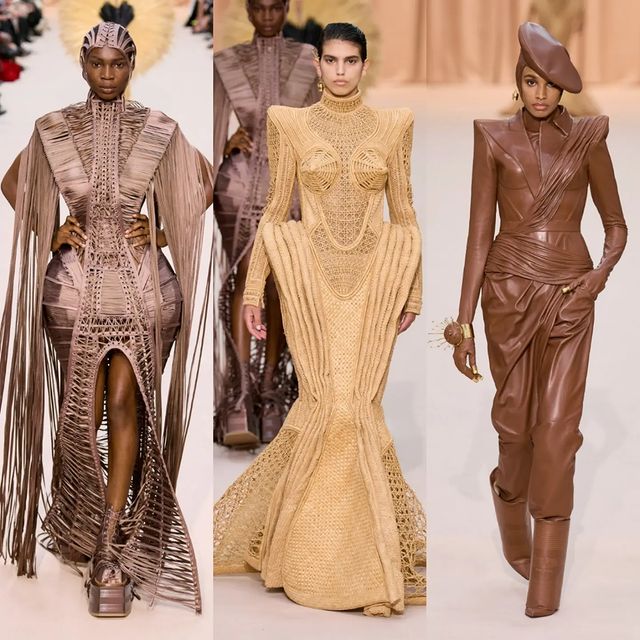 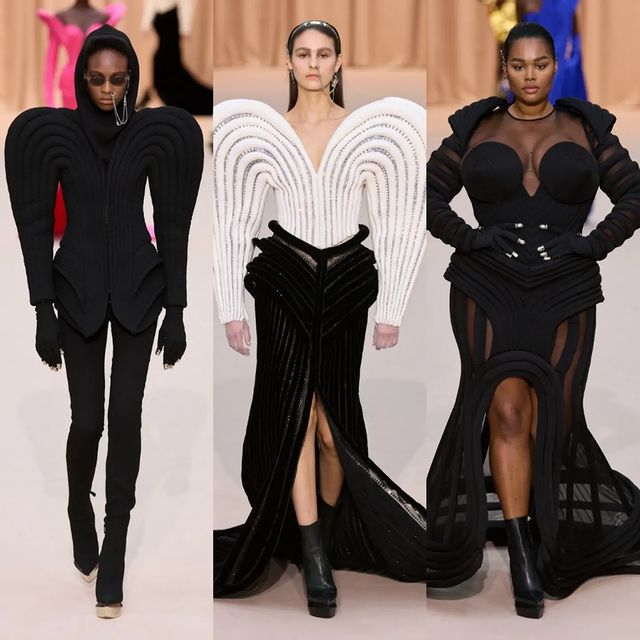 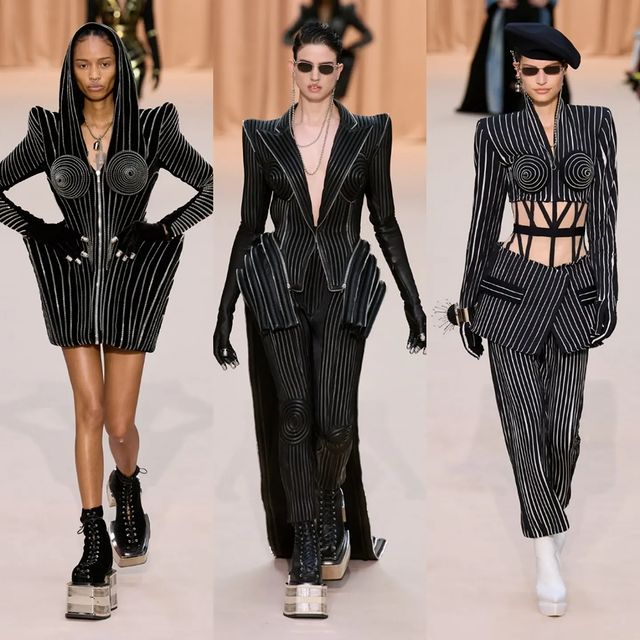 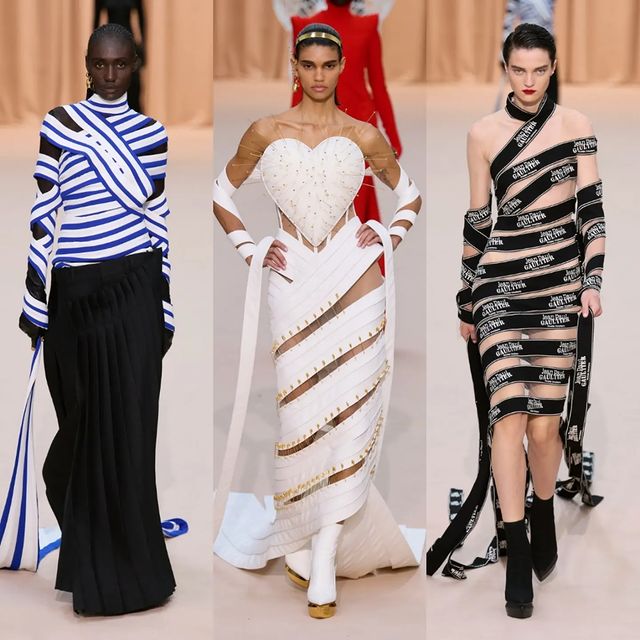