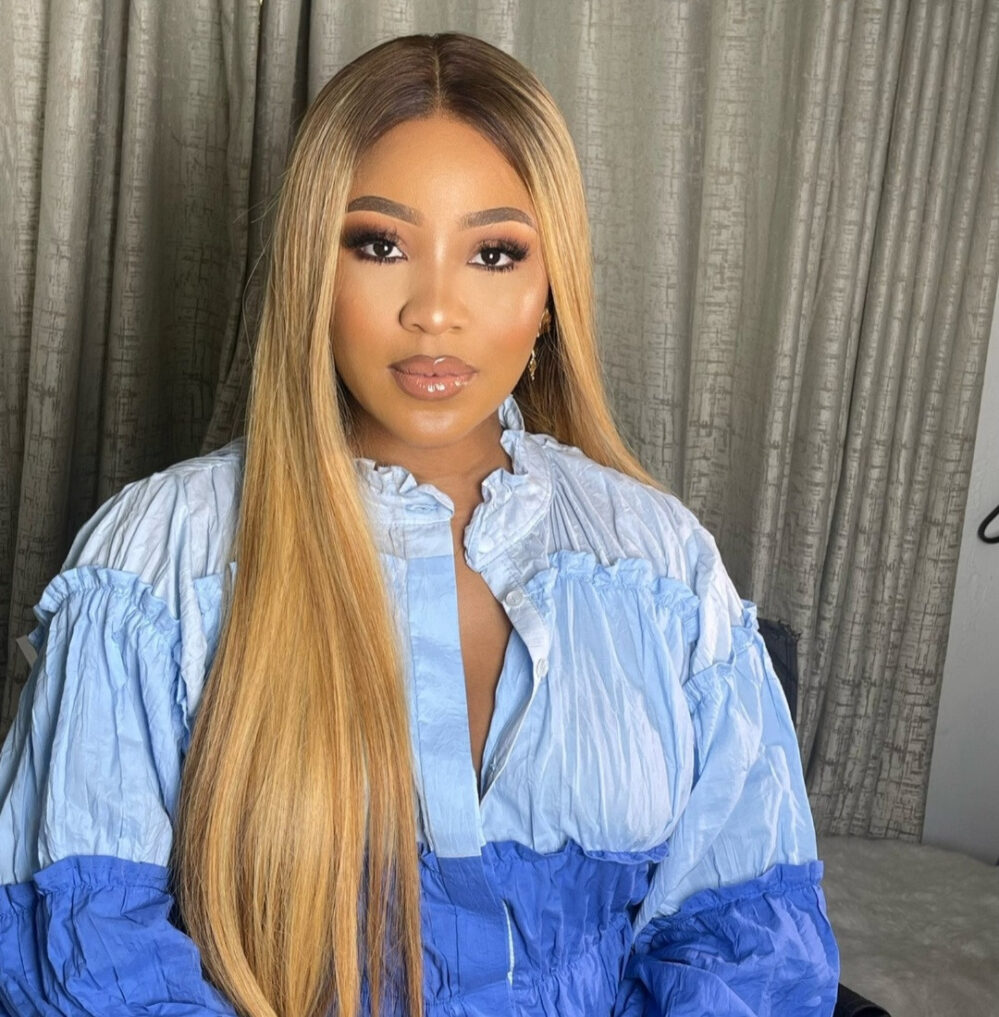 Former Big Brother Naija Housemate, Erica Nlewedim, has taken to social media to reveal her stance on politics in Nigeria.

The 28-year-old took to micro-blogging platform to reflect on the presidential candidate vying for the presidency in 2023 and the candidate the youth prefer. She tweeted,

“We have one person we the youths don’t want! And then we have the other two, but what truly makes one better than the other? Who’s actually going to make a difference”?

A fan responded saying one of the candidates copy the blue prints of others. 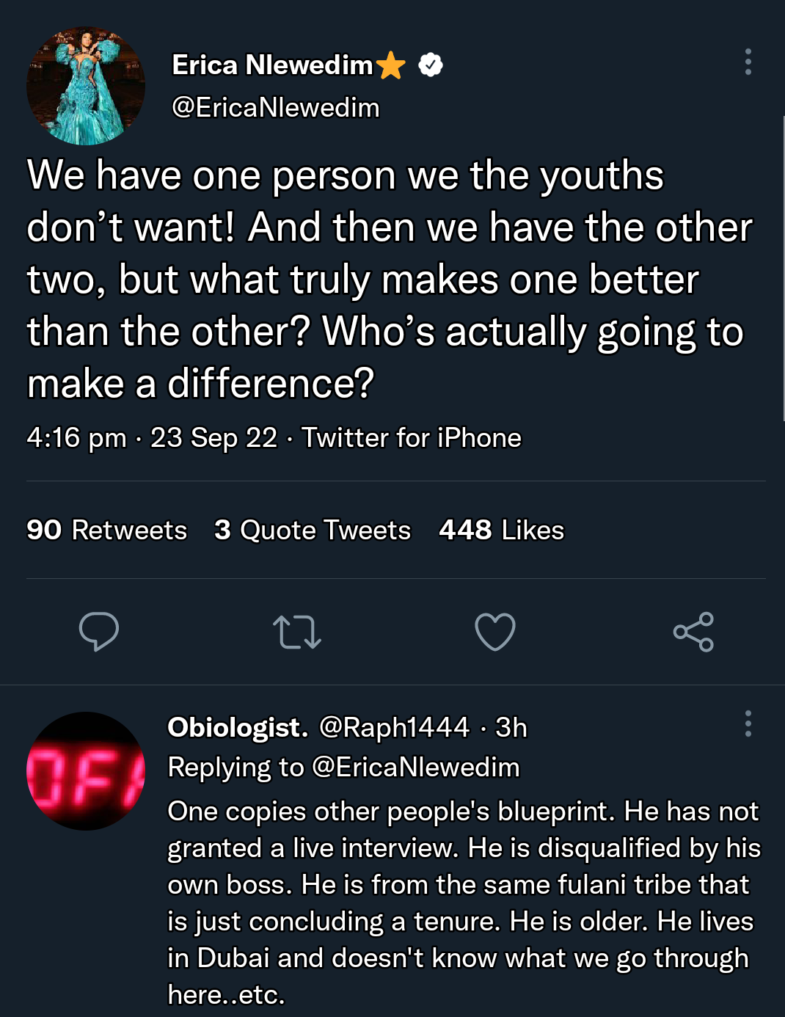 Stating the fact as it is, she said that “the situation has been getting worse” and she will no longer stay away. “I’m no longer staying away”. 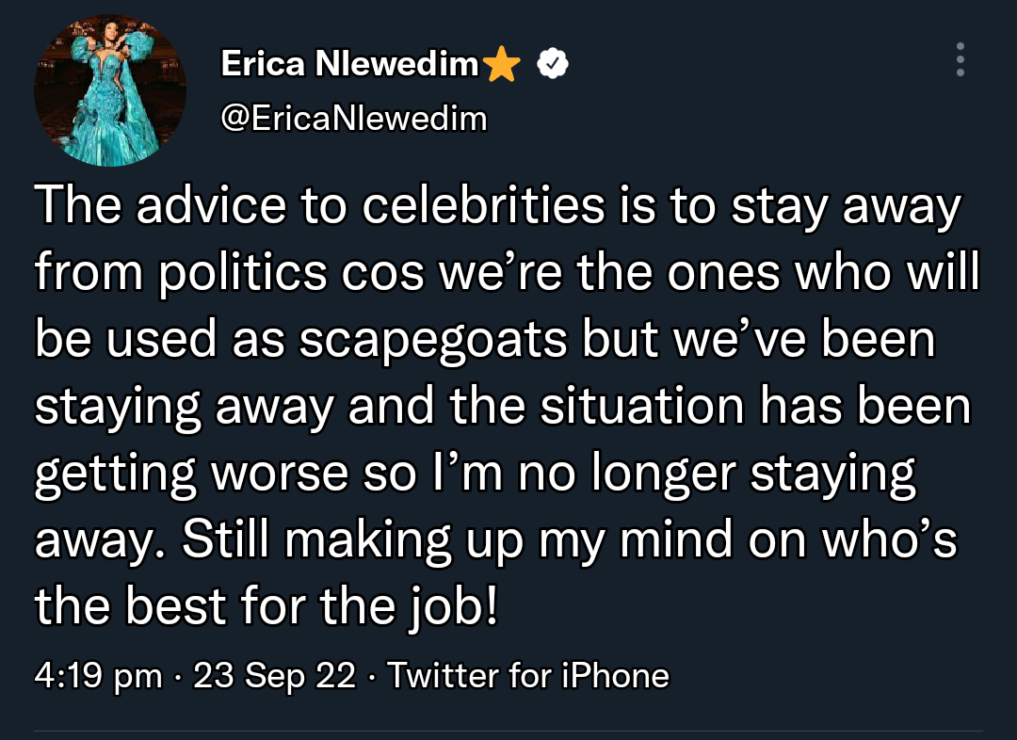 She further told her fans to state why they are supporting a particular candidate. 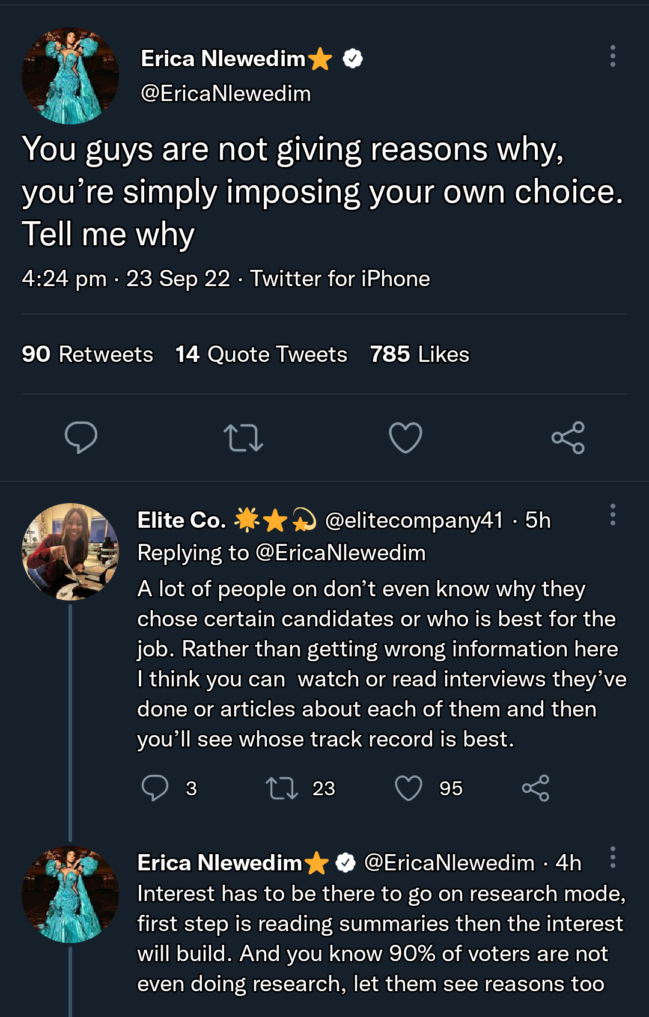 A fan identified as “Erica is Blessed” responded to Erica’s tweet and noted that she has not seen any of the presidential candidates that have wowed her. She said she’s patiently waiting for the live presidential debate

See the tweets below, 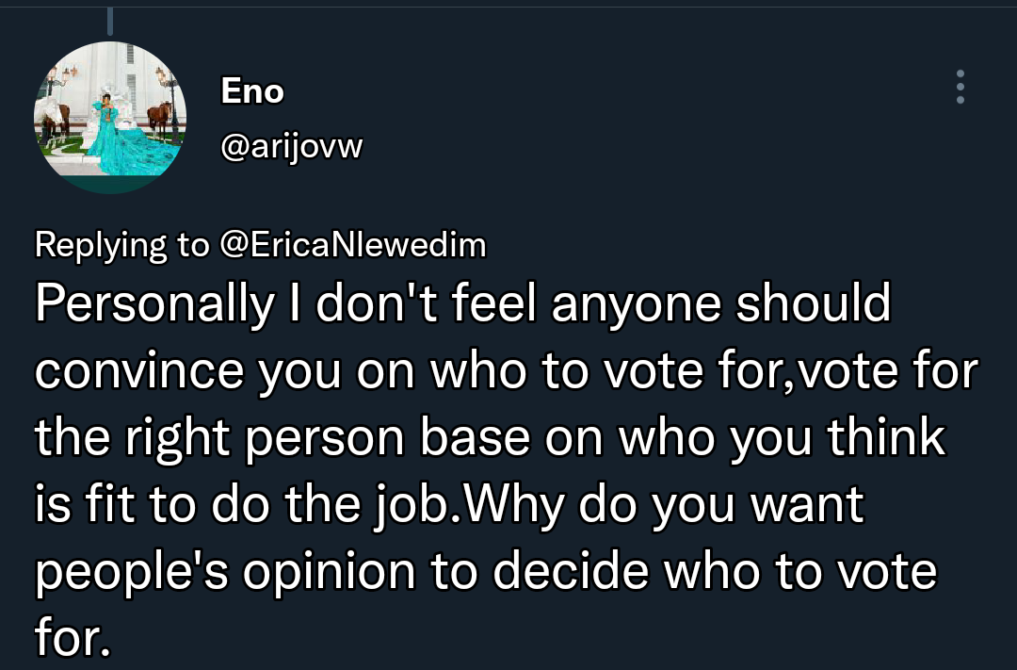 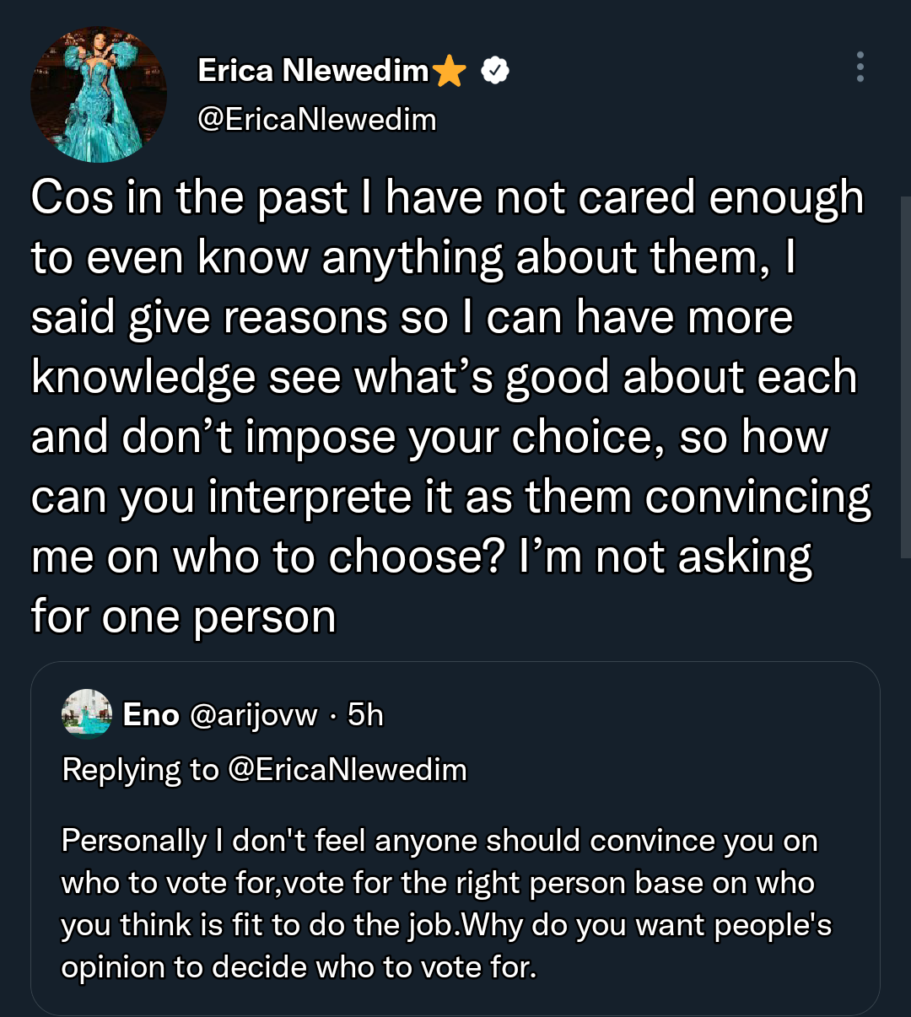 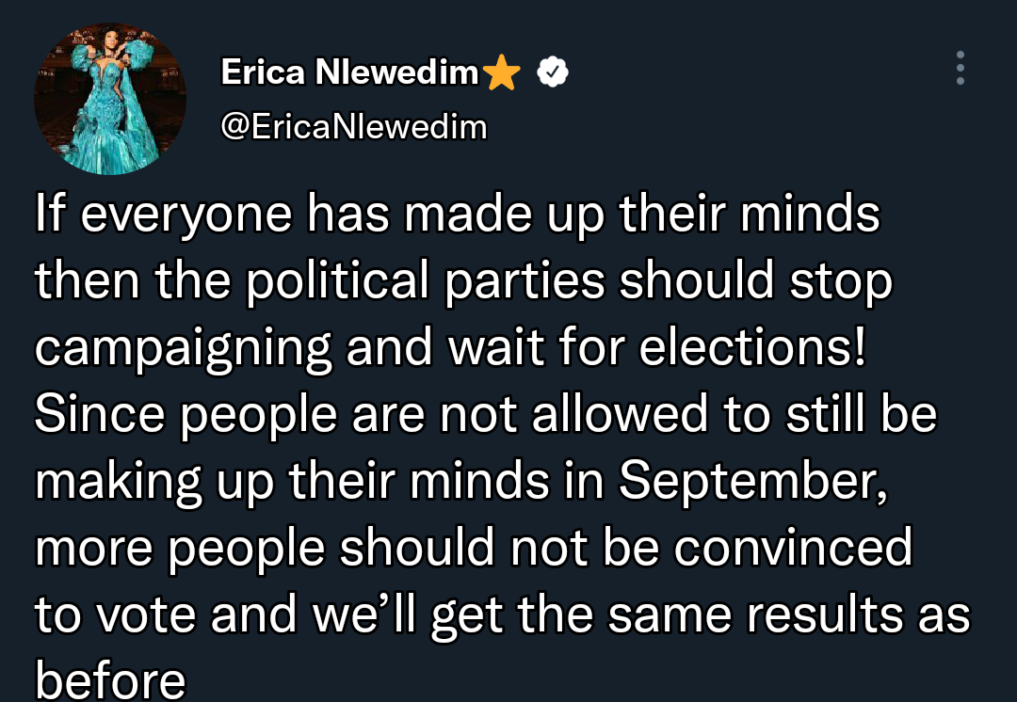 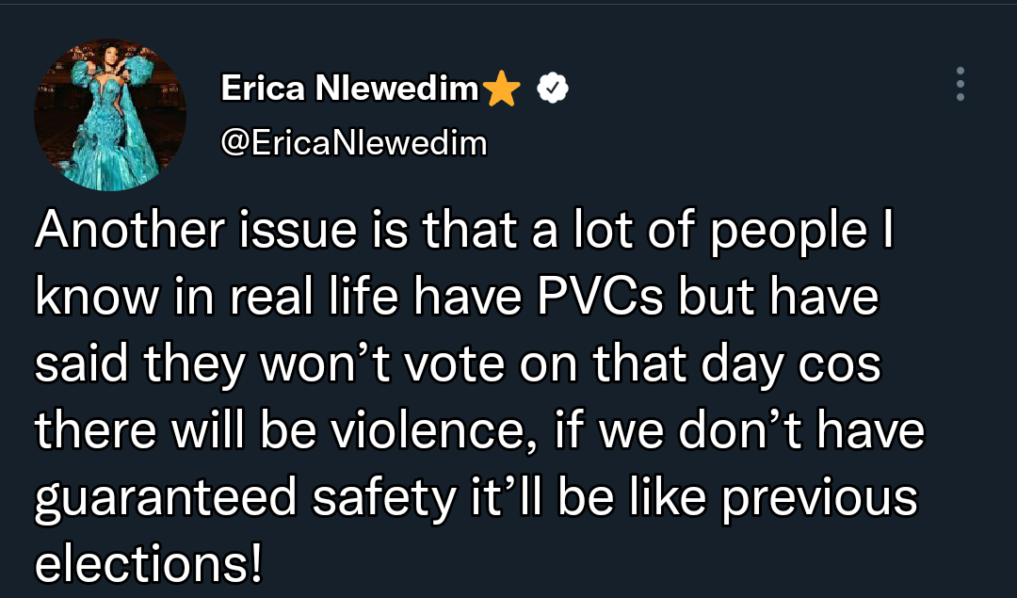