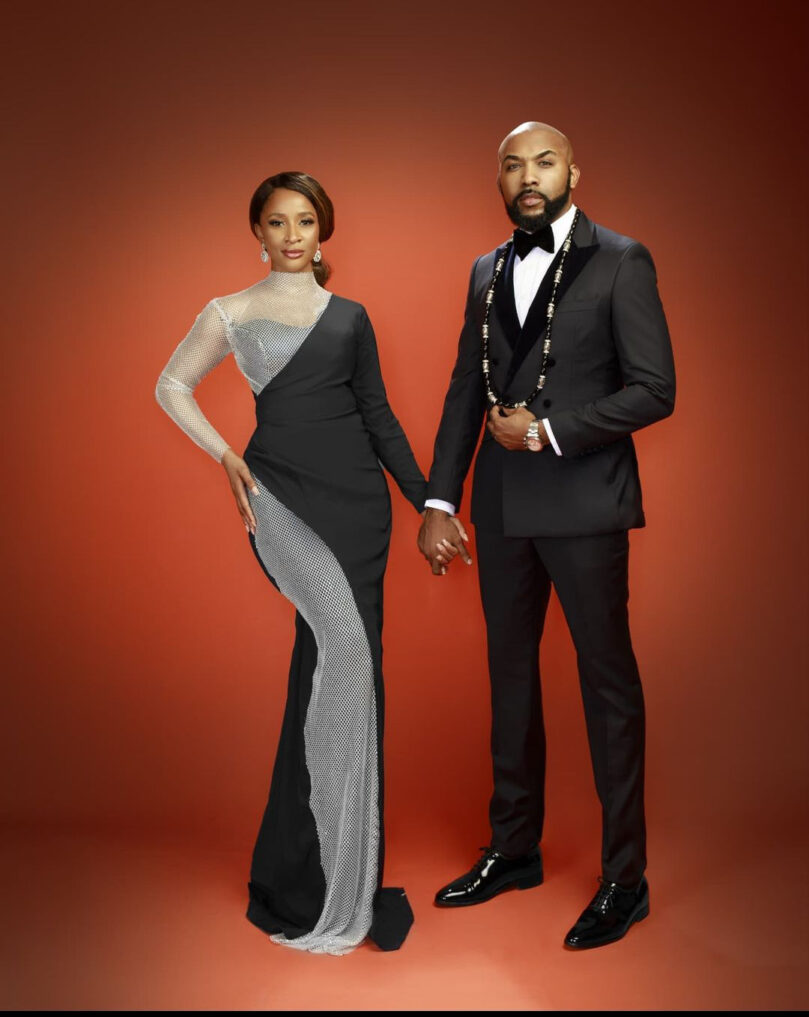 Nigerian musician, actor and politician, Olubankole Wellington better known as Banky W delved into the struggle he and his wife, Adesua Etomi passed through to have a child.

In his interview with Chude Jideonwo, the 41-year-old who is also an entrepreneur revealed that 2019 was a seminal time in his life because he was contesting an election and was also trying for a child with his wife.

He went on to say they lost a set of twins in the process and his wife’s body went through a lot of pain.

He said, “2019 was a seminal moment in my life because that was the year we were running for office and at the same time my wife and I were struggling at that point to have a child and then we lost twins and we saw our her body go through so many pains”.

Banky W disclosed that he and his wife never wanted to marry an entertainer. However, he said God gave him the most amazing woman on earth and prayed for him to bless her.

He said, “God bless my wife, I married the most amazing woman. I always told God I never wanted to marry an entertainer. She also told God specifically that she didn’t want to marry a musician, pastor or a politician”.

He noted that it is hard when people question his intentions while he is trying his best. He added that there were times he was depressed.

Speaking about his stand on politics and the party he chose, he said,

“it is a question of learning over the last few years… that we have to engage with Nigeria where it is, not where we want it to be.

“So this is bigger than, and I say this with all sincerity and with all honesty – that it’s much bigger than me trying to get a seat in the house of Reps ”

Glamsquad Magazine recalls that there were mixed reactions online after Banky W won the primaries ticket in his constituency under the People’s Democratic Party which was later nullified. In a later turn of event, he won the ticket in a re-run election.

Banky W is contesting for the Eti-Osa Federal Constituency seat in Lagos State. In November 2018, he announced his decision to run for the House of Representatives seat.

In the 2019 elections, he contested under the Modern Democratic Party (MDP) but lost to Ibrahim Obanikoro of the ruling All Progressives Congress (APC).

How to Wear Your Wide Leg Jeans