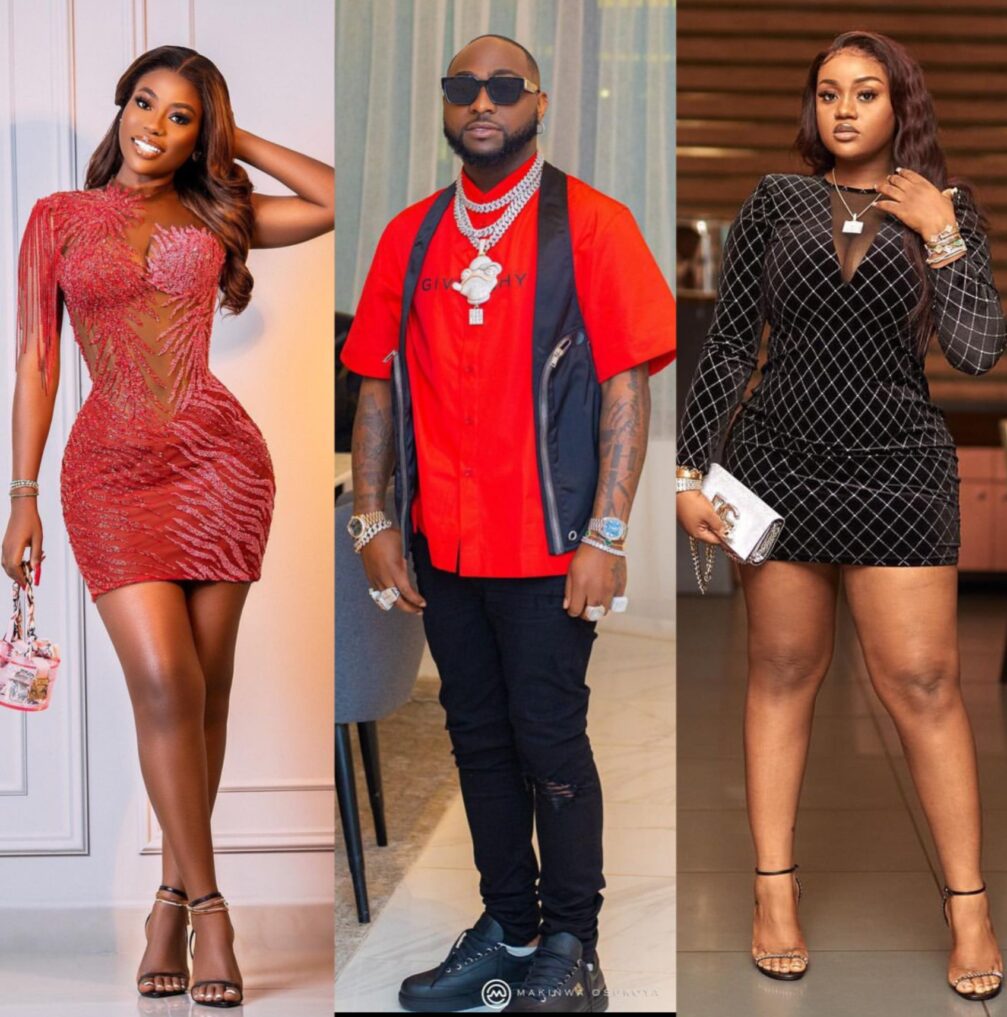 Glamsquad reports that music star, Davido and his first babymama, Sophia Momodu have unfollowed each other on Instagram days after the former reconciled with his third babymama and ex-fiancee Chioma Rowland

The ‘Dami Duro’ crooner and Sophia, the mother of his first daughter, Imade Adeleke had been on good terms when he parted ways with Chioma in 2021.

Showcasing how well their friendship was, Sophia gifted Davido a million cheque when he told his loved ones and friends to contribute money for him to celebrate his birthday.

He later gave out all the money he received amounting to two hundred and fifty million to orphanages in Nigeria, while he added fifty million from his money.

Read Also: Kim Kardashian Reveals She’s ‘Just Not Ready’ to Date And Sees Herself With ‘Absolutely No One’

In June, Davido reciprocated Sophia’s good gesture and lovingly celebrated her on her birthday.

In a quick and surprising turn of events, the two have reignited their feud after he reconciled with his ex-fiancee, Chioma.

Glamsquad did a check on their respective Instagram pages and found out that they had unfollowed each other. 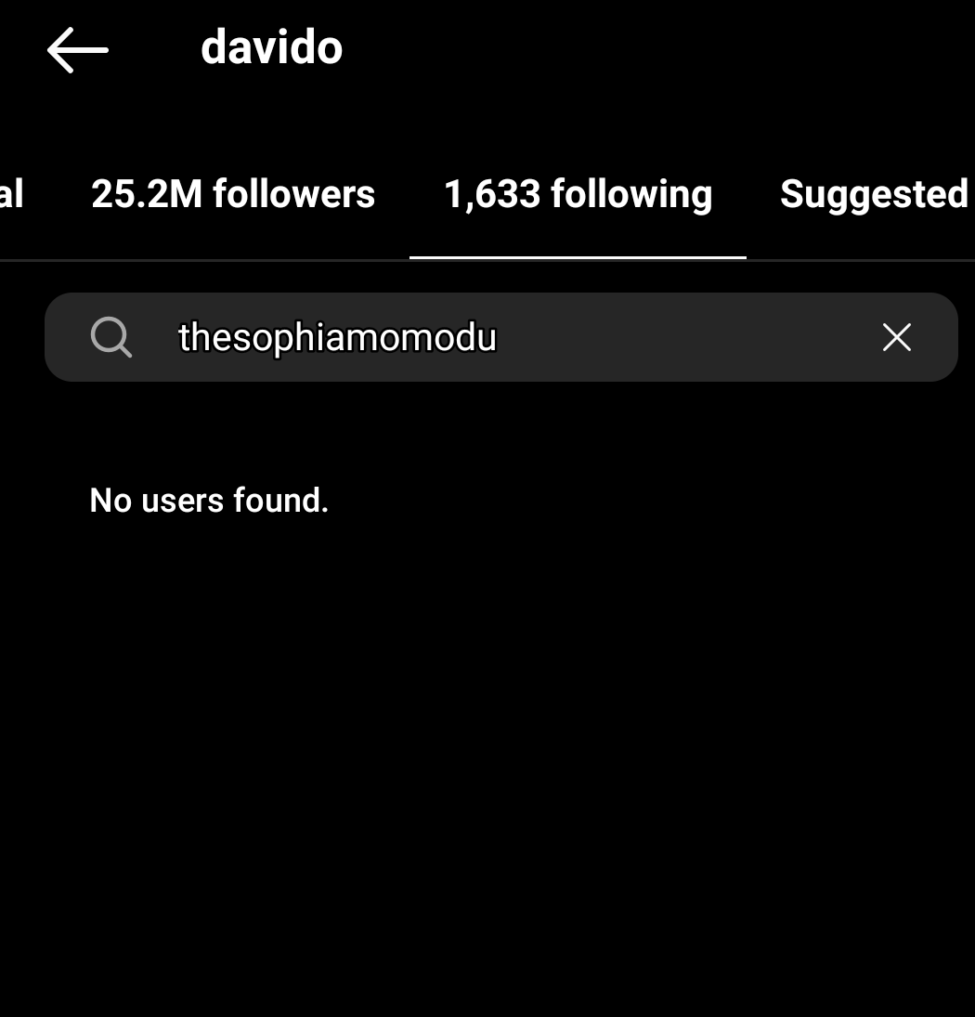 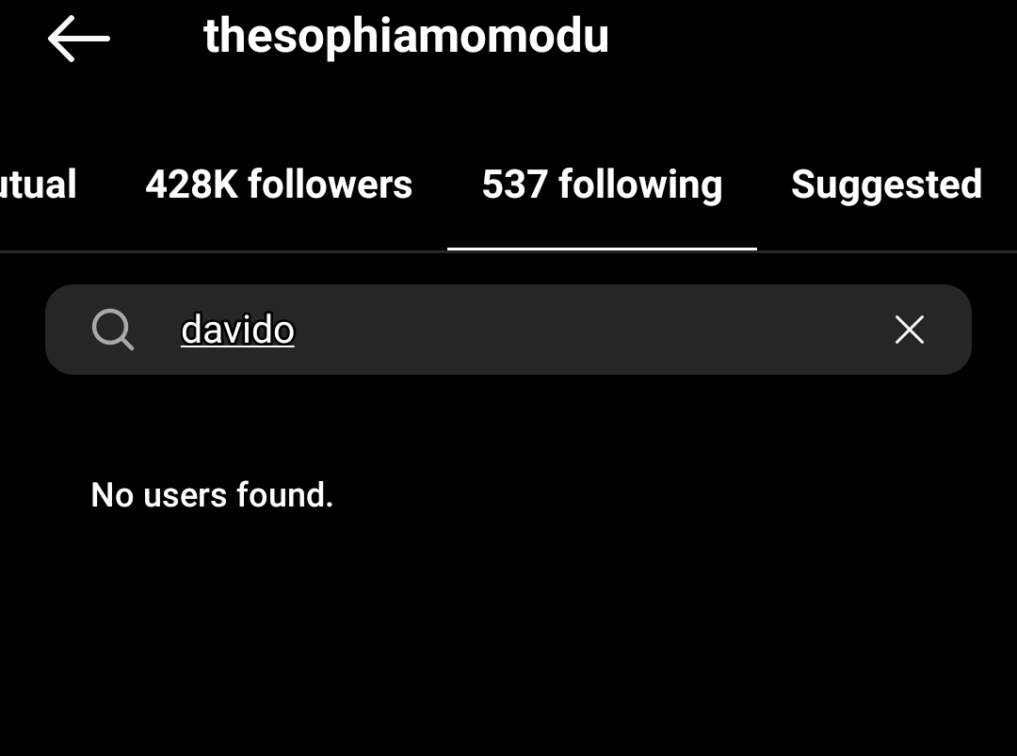 This comes days after Davido and Chioma had gone public with their love. They left their fans gushing for joy over their reunion.

Recall that Chioma fueled reconciling rumours when she was spotted rocking his new 30BG pendant worth millions.

It is worthy to note that the pendant had the inscription, ‘002’, and this implied that Chioma was the second in command of the crew.

In a video which made rounds on social media, the brand influencer could be seen sitting in the front row as the singer performed on stage.

Fans however doubted that the couple were back together until a photo of them holding hands made its way to the internet and it proved the online in-laws wrong.