Fela Anikulapo Kuti, the legendary Afrobeats musician, has been honored with a blue plaque in London.

Afrobeats legend Fela Anikulapo Kuti has been honored with a blue plaque in London, according to GlamSquad Magaine.

English Heritage presented him with the accolade, and a blue plaque was erected on the house at 12 Stanlake Road in Shepherd’s Bush, where Fela first resided when he came to London to study music.

This honor is all the more meaningful because it comes just two weeks after his 83rd posthumous birthday. 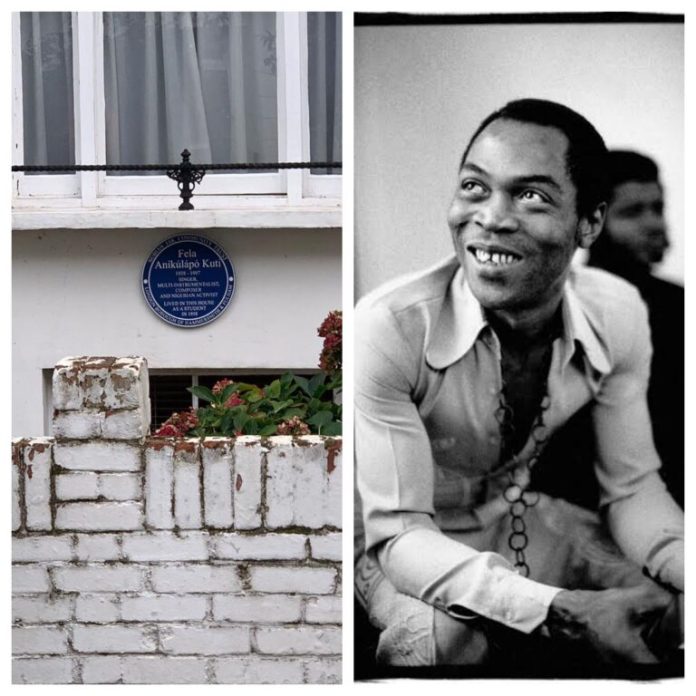 Fela Anikulapo Kuti (1938-1997), singer, multi-instrumentalist, songwriter, and Nigerian activist, according to the plaque. I lived here as a student in 1958′′.

Fela arrived in London from Nigeria in 1958 to study medicine. However, he chose to study music at Trinity College instead.

Fela has now joined the ranks of other prominent musicians who have received the blue plaque from English Heritage, including Bob Marley and Jimi Hendrix.

According to the English Heritage website, London’s iconic blue plaques connect the people of the past with the buildings of the present.

The London blue plaques scheme, which is now maintained by English Heritage, was established in 1866 and is thought to be the world’s oldest of its kind.

Fela misses out on 2021 Rock and Roll Hall of Fame

VAGINA MUSEUM TO BE OPENED IN LONDON