He is regarded as the pioneer of Afrobeat, an African music genre that combines traditional Yoruba percussion and vocal styles with American funk and jazz.

7 Things I Learnt From Baba Fela

The legendary Afro Pop King, Fela Kuti was a rare gem, should I call him a mastermind? Yes. He was vocal in his art, he raised the consciousness of the Nigerian citizens.
In this article, I would be delving into 7 unique traits I personally learnt from Baba Fela’s incredible lifestyle.

No.1
Acknowledging his Africanity:
Baba Fela renounced his English given name “Ransom” and decided to let the world know him by his own native name. Something that takes a certain level of awareness to be able to understand that your fruit is only as rich as how deep your root is.

No.2
Choosing his Destiny:
Baba Fela was supposed to study Medicine abroad, but instead he chose to study music in other to become the mouthpiece of our Ancestors and pass a message to the people in a lay man’s tongue.

No.3
Accepting his Authenticity:
Baba Fela accepted the fact that he wasn’t just another regular guy you’d meet on the street, he realized that he was different and accepted this fact. Hence leaving a trademark that could not be tainted.

READ ALSO: Fela Vs Wizkid : Nigerians fight dirty over who is more legendary

No.4
Daring his Bravery:
Baba Fela dared to be brave in a regime and time where bravery was an expensive asset, he never settled for anything less, regardless of the death threats he received from different angles, he maintained his stands.

No.5
Disregarding his mediocrity:
Everyone of us was born with an innate genius to tap into, Baba Fela tapped into his’ until he attained excellence, thereby disregarding every form of mediocrity.

No.6
Embracing his Masculinity:
Baba Fela understood that he was a man before he became a musician, an activist, a Father, a leader. He was in charge of his platform, he owned responsiblity of his earthly role.

No.7
Defining his creativity:
Baba fela was definite about his creative art, as we already know, he was the pioneer of Afrobeat, an African music genre that combines traditional Yoruba percussion and vocal styles with American funk and jazz. He found a way around every ill circumstances he faced and managed the problems creatively.

That been said, happy birthday Baba, rest on King!!! 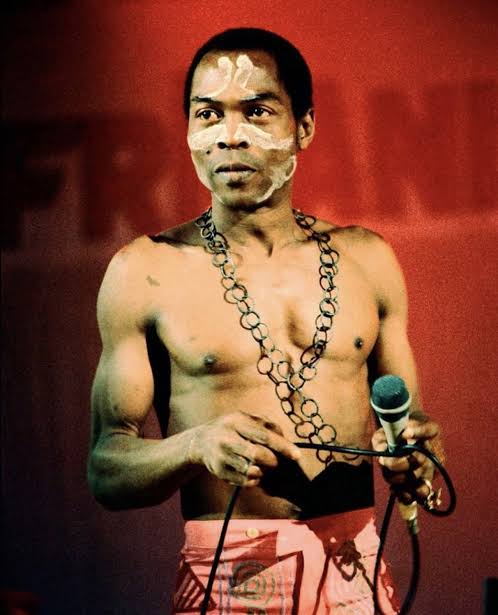 PS: This is just an opinionated article, thanks for Reading though.

READ ALSO: Seun Kuti opens up about growing up as Fela’s son

What Are They Wearing? Erica Nlewedim, Kie Kie and other Nigerian celebrities