The fight between fans of legendary Nigerian music star, Olufela Olusegun Oludotun Ransome-Kuti, simply known as Fela, and popular singer, Ayodeji Ibrahim Balogun, known as Wizkid, has been taken to another level. 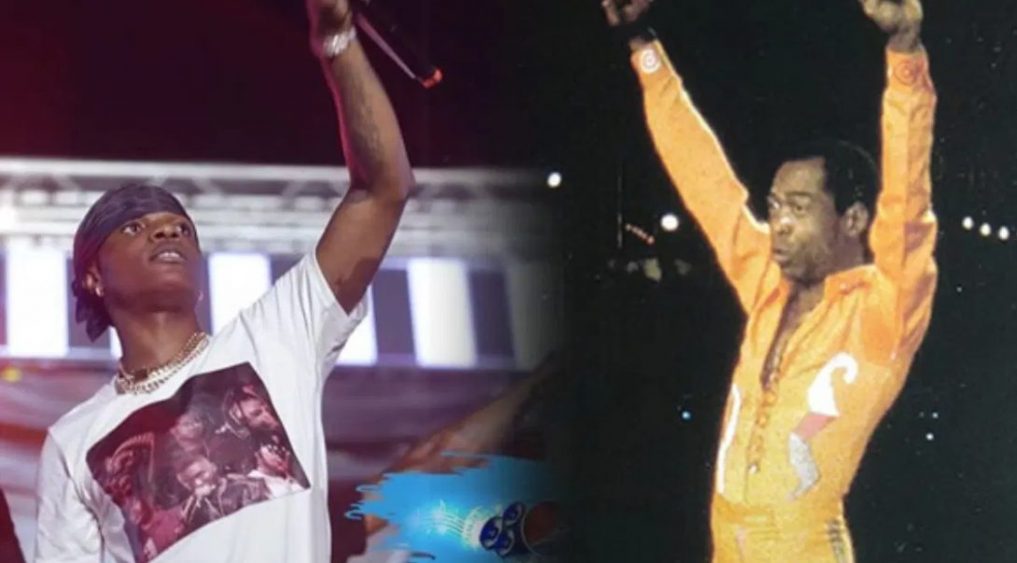 This comes after online comedian and actor, Woli Arole, sternly warned fans to desist from comparing both singers because Fela is being studied in universities abroad. 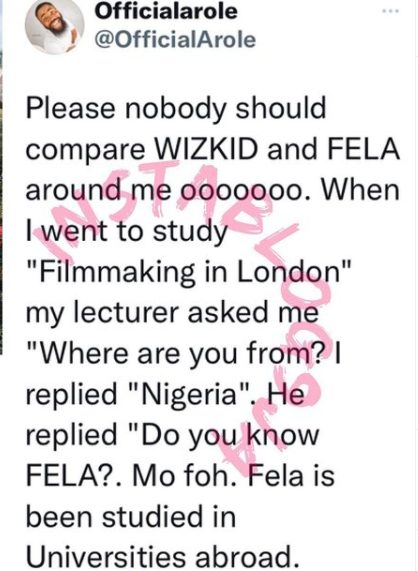 Recting to his post, one Ife Love commented, “FELA brought the abroad to Africa. WIZKID is taking Africa abroad. With this point of mine, I hope y’all understand.”

Another Instagram user, Jenny Gaga the first commented, “That’s how they’ll ask our children if they know wizkid abroad in future. He’s d Fela of my Generation”

One Mr Dil Official commented, “Fela was a political activist as well as a musician so it’s only right for him to be studied worldwide decades later. Both he and Wiz were/are kings in their field so nuff respect to them.”

One SPinblast Global commented, “Wizkid get him own generation… #setting standards to be a case study someday… Therefore this one no go enter my September jotter lie lie”

One Eduhansome commented, “Why would any sane person compare Fela to wiz kid? I’m so irritated at our generation for such nonsense comparisons. How dare u ???
They really 2 different legends that should never be compared.”