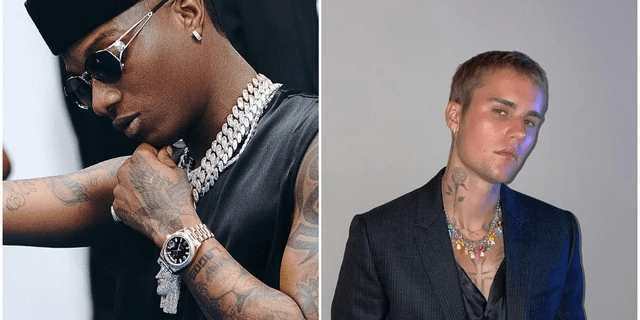 READ ALSO: Know Your Phobia And Its Meaning

Just week ago, the record was at No. 10, But with the way its going up by the end of the month it may be no. 1 but well, let’s keep our fingers crossed.

Meanwhile, Teni Otedola took her Fans by surprse on Monday, October 18, were she tweeted that she was yet to see the show ‘Squid Game’ despite the intense online buzz it has received since premiering in September.

She tweeted:
“I think I’m the last person on earth who who hasn’t watched squid game yet,”

Check out some replies: 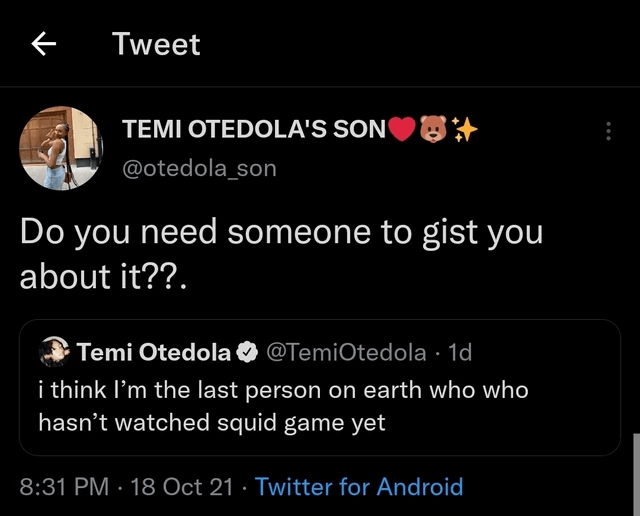 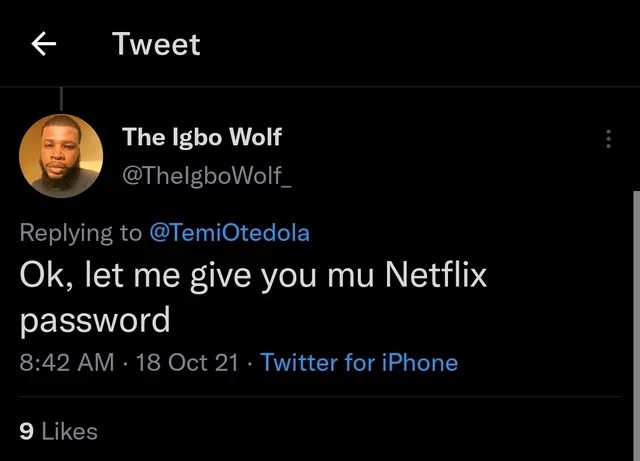 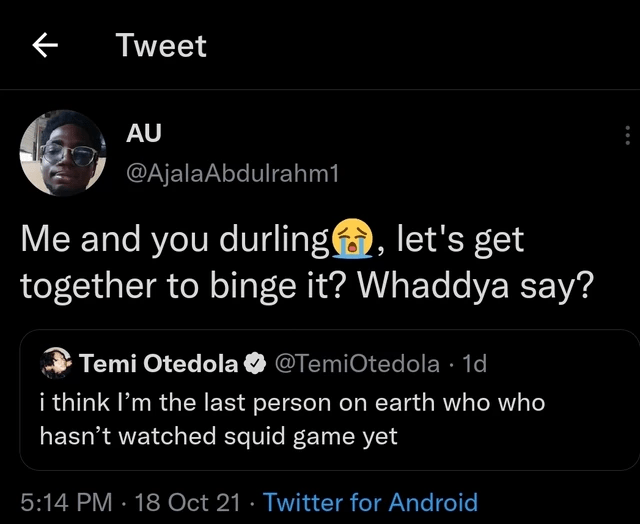 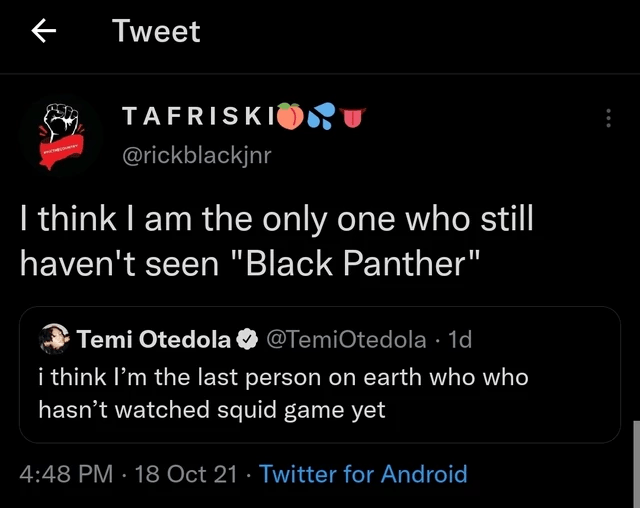 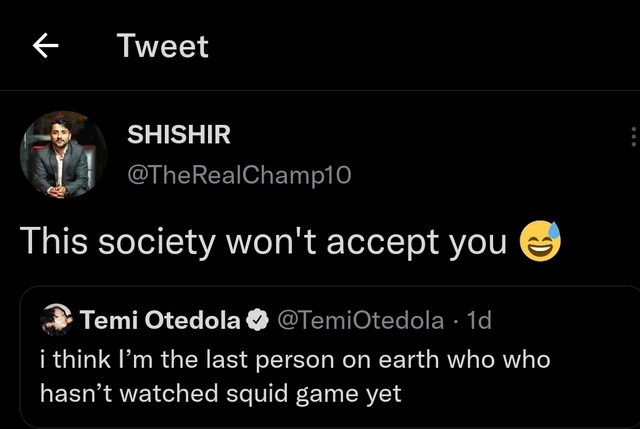 Nicki Minaj’s New Song Debuts At No. 1 On Billboard Chart