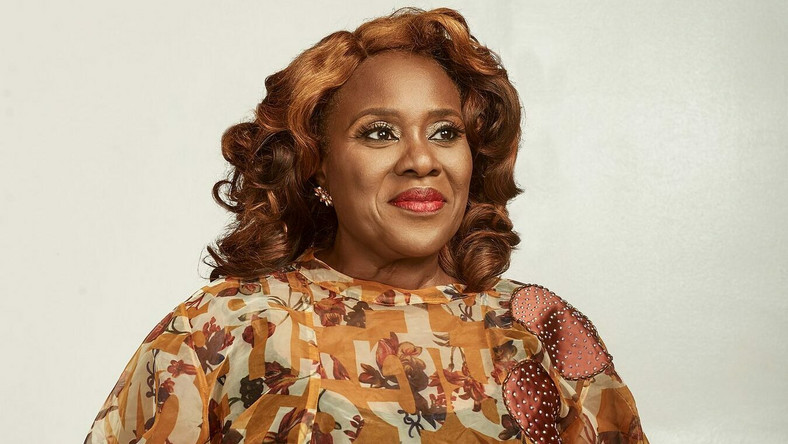 Veteran Actress, Joke Silva has slammed reality TV star, Mercy Eke over her recent photoshoot with boyfriend Ike where she was scantily dressed while Ike was fully clothed in his suit. The actress felt this is degrading to women and does not set a good example. Here is what she has to say:

“I really don’t get this…the lady half exposed the man fully clothed….de we get the implication.”

Of course, Mercy’s fans are not happy with actresses comment and many have told her to keep away from the issues of the younger generation.

Actress, Amanda Oruh Narrates How Her Brother Was Almost Used For Ritual By Her Cousin