Twitter is introducing a new function called “Search Tweets,” which eliminates the need to scroll down a profile to find a specific tweeted term or phrase. The function is claimed to be trickling out to iOS devices now, but it is not yet fully operational, and it will be available on the Android platform soon.

Users can now utilize keywords and the like to find a tweet by searching one’s or a specific profile, which will save time scrolling up and down the Tweets page. 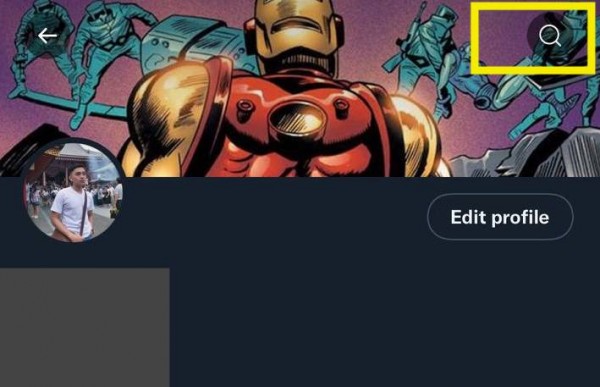 A magnifying glass indicator is shown on the top right corner, just atop the header of a user whose profile is searched or clicked, as first noticed by a social media consultant named Matt Navarra. The feature is currently available to select iOS users, albeit it is not yet fully rolled out. The feature is now available, and users will be able to enter in keywords or phrases.

Using these phrases and the search tool, users can view the tweets of a certain Twitter account, gaining access to tweets from their history and past. This feature’s contribution would aid in accessing prior tweets without having to search for them in the Tweets tab, scroll up and down the profile, and peruse each tweet that passes.

When will the feature be available for Android?

Android users do not yet have the feature, but don’t fear, it will be available shortly. Furthermore, it will be released to the Google OS soon after the iOS has gotten the functionality and made it available to all of its customers.

The online application will come soon, but it currently offers a similar feature on its platform in the form of advanced search. It would be difficult to achieve this if a person is unfamiliar with advanced search, and search tweets would assist in making the process easier.

Twitter is another application and social media platform that is all about delivering new features and technology that will aid in bringing accessibility to users who want to improve their experience on the platform. The soft block feature, which removes a follower from one’s list without the need to block and unblock them, is one of the most popular.

Another is the “Heads Up” function, which appears when you click the “Show Conversation” button, which reveals the complete conversation or its history of tweets from a separate person. The company’s platform would determine if it has grown out of hand or is causing toxic discussion, which would aid in avoiding a negative social media experience.

The most recent addition is the Search Tweet, which has long been requested by users and is now available on the iOS app.

WhatsApp desktop app no longer requires your phone to be online