Because of the chip shortage, BMW will remove touchscreens from its new vehicles.

While other automakers have had to halt production or reduce other features in their vehicles, this omission of touchscreens is significant, especially given that touchscreens are now a standard feature in vehicles, and not having one can affect how you interact with the vehicle on a daily basis. 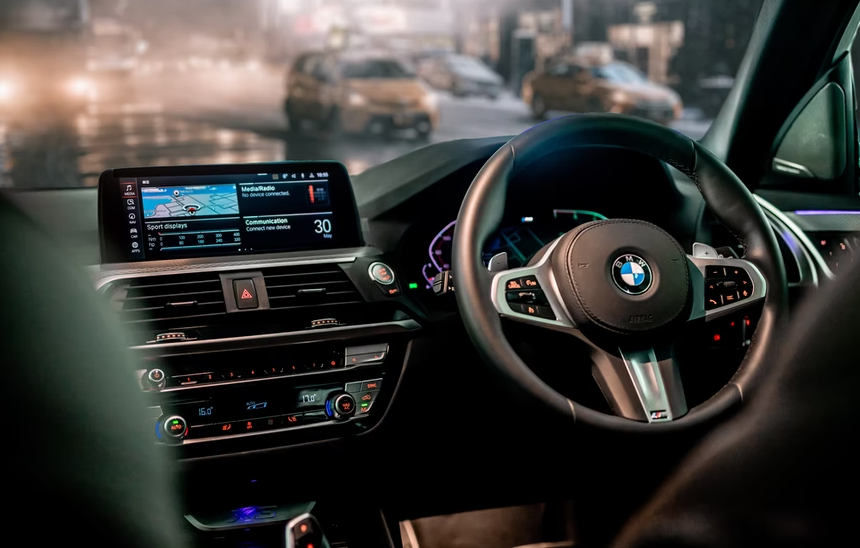 BMW Is Getting Rid of Touchscreens

According to a BimmerFest forum post, some affected vehicles, including the 3 Series sedan and the X5, X6, and X7 SUVs and crossovers, will also lose access to the backup assistant feature, which backs into spots for you after recording how you drove through them in the past.

The post also stated that vehicles shipped without touchscreens will receive a $500 credit, as well as a software update and the customer signing a form with the dealer acknowledging that they are aware of the feature removal.

Users will have to rely on a controller in the center console, which has touchpad-like capabilities, instead of the touchscreen.

According to The Verge, it is a divisive input option among reviewers, but most people doubt that consumers would choose it over the touchscreen under normal circumstances.

Worse, with the $500 savings from the removal, people won’t be able to get a touchscreen installed after the fact.

At this point, it may be best to simply wait it out; while the chip shortage is expected to last until at least 2023, vehicles are typically long-term investments. In 2030, consumers may be using a touchpad instead of a touchscreen.

BMW is not the only company that is reducing the size of its vehicles in order to cope with chip shortages.

According to Engadget, GM has also dropped features such as HD radio and built-in wireless charging on some car models, as well as serious omissions such as fuel management modules and auto stop-start on some of its V8s and its much-touted Super Cruise hands-free driving mode.

The Consequences of a Global Chip Shortage

According to ZDNET, the semiconductor shortage will cost the auto industry $210 billion in lost revenue.

The coronavirus pandemic had affected many supply chains, but supply chain issues in the semiconductor industry had a heavy impact on the car industry, with large companies like Volkswagen and BW, Ford and General Motors all warning of the impact of the chip shortage on production.

Since May, AlixPartners has nearly doubled its prediction of estimated losses from $110 billion to $210 billion. It predicts that automakers will produce 7.7 million units in 2021, up from 3.9 million in May.

The drop in output is primarily, but not entirely, due to a global chip shortage.

The auto industry was caught off guard because vehicles use cheaper chips produced using older manufacturing techniques for microcontrollers.

Intel, for example, is struggling to achieve a 7nm process. IBM is testing out 2nm technology. While semiconductor giant TSMC announced in July that it had increased MCU output by 30%, automotive accounted for less than 5% of TSMC’s revenues in the first quarter of 2021.

According to the company, global chip supplies will remain constrained at least until 2023.

BMW To Assist Recreate ‘Rocket League’ In Reality for Charity