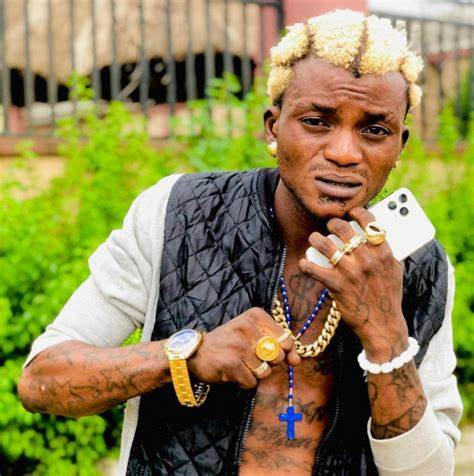 Glamsquad reports that only 24 hours after the police summoned Portable for questioning regarding an alleged assault, the singer’s driver is said to have crushed to death a commercial motorcyclist in Ogun State.

On Tuesday, June 21, the singer was said to have sent his driver on an errand when the incident occurred. The victim of the accident, which occurred at Iyana Ilogbo on the Lagos-Abeokuta expressway, is said to have died while being transported to the hospital.

The singer’s baby’s naming ceremony was also held on Tuesday. Abimbola Oyeyemi, the state police spokesman, confirmed the incident but stated that it was an accident.

“The accident occurred in the Ilogbo area of Ogun State when one of Portable’s aides collided with a motorcyclist, who died on his way to the hospital.”

“We don’t know whether the driver in question was drunk or not.”

On Monday, June 20, the police ordered Portable to report to the nearest police station or face arrest. This was in response to an alleged assault on his former Disc Jockey, simply known as DJ Chicken.

Late Gospel singer, Osinachi Nwachukwu to be buried in Abia this Saturday

Top 5 unique football records that might never be broken