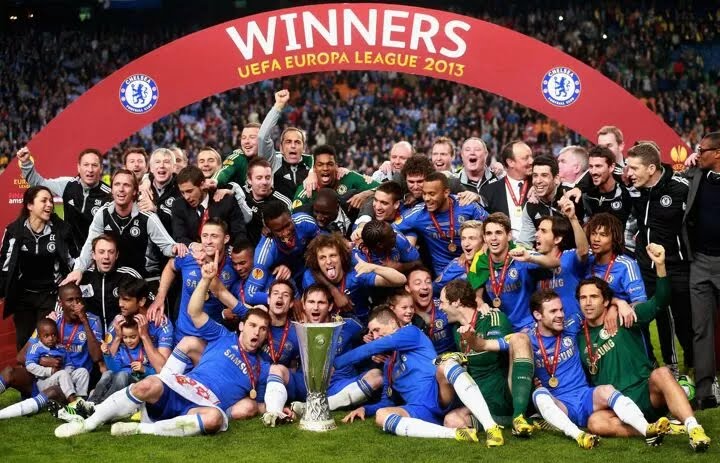 “Records are meant to be broken,” as the saying goes, and it certainly applies to many football records. The careers of Cristiano Ronaldo and Lionel Messi show that almost no record in football is safe.

Both Ronaldo’s 807 (and counting) career goals and Messi’s seven Ballons d’Or appear intimidating and unlikely to be broken anytime soon.

For a variety of reasons, some football records are unique and likely even more difficult to break. This article will look at five of them. 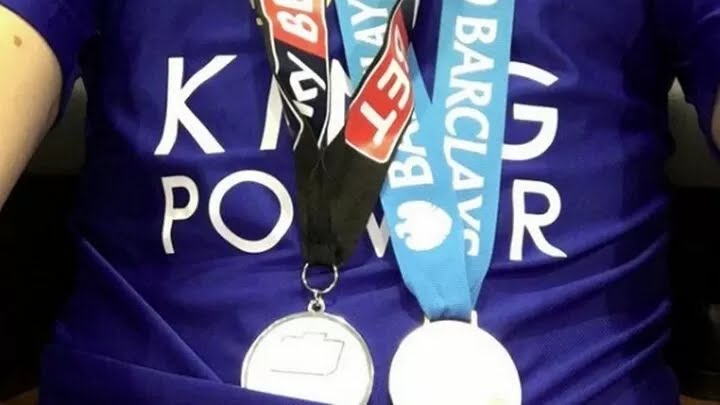 Richie De Laet had the happiest day of his career on Saturday, May 7, 2016. The Belgian defender won the Championship with Middlesbrough, whom he had joined on loan in January 2016.

On the same day, his parent club Leicester City was celebrating their legendary Premier League title a few hundred kilometers away. After defeating Everton 3-1, they were presented with the trophy.

De Laet appeared in 12 games for the Foxes before being loaned out. This meant he fulfilled the bare minimum of requirements for an official league winner’s medal. According to ESPN, after celebrating with Boro at their stadium, the defender drove down to Leicester and joined his former club’s celebrations.

As a result, he holds the distinction of being the only player to win both the second and first division titles in the same season. To make matters worse, he received both medals on the same day. It appears unlikely that he will be joining the club of players who have accomplished such a feat anytime soon. 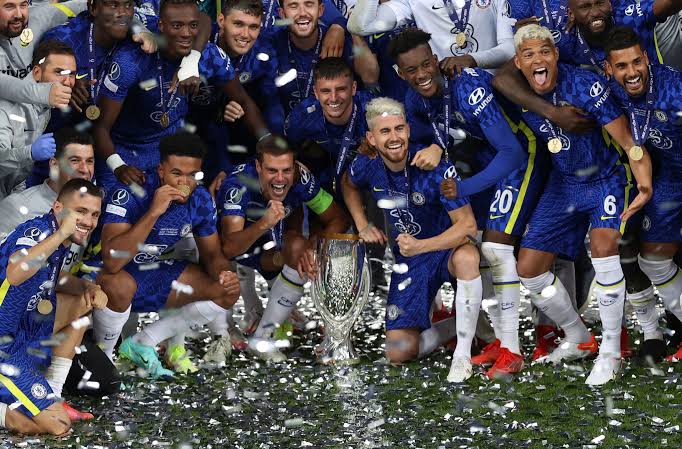 Chelsea won the Champions League in 2012, which many regard as a surprise. In the Final, they defeated Bayern Munich 4-3 on penalties.

However, their appearance in the following edition of the UCL did not go as planned. The Blues came in third place in their group, trailing Juventus and Shakhtar Donetsk.

This meant they’d be relegated to the UEFA Europa League. They had a fantastic run in Europe’s second division, eventually facing Benfica in the final.

On May 15, 2013, the Blues defeated Benfica 2-1 in the Final, thanks to a stoppage-time header from Branislav Ivanovic.

The Champions League Final was still 10 days away, so Chelsea remained the reigning UCL champions at the time. The Blues became the first and only team to hold both the Champions League and the Europa League titles at the same time. Chelsea had this status for ten days.

It only ended on May 25, 2013, when Bayern Munich won the UCL and became Europe’s new champions.

This football record may be unbreakable because it is unheard of for any UCL-winning giants to drop into the UEL.

The global scoring record of Almoez Ali
Almoez Ali of Qatar may not be a household name, but he holds a football record that will almost certainly never be broken or matched. He is the first and only player in intercontinental history to score in three different national tournaments.

Qatar is an AFC team, and he set a record with nine goals in the 2019 AFC Asian Cup. Qatar was also invited to compete in the 2019 Copa America, which was held in Argentina, and Ali was the only Qatari player to score in three group stage games.

As a result of a strategic partnership between CONCACAF and AFC, Qatar has also been invited to compete in the CONCACAF Gold Cup 2021. Ali scored four goals as the Asian country advanced to the semi-finals.

His goal against Panama in Qatar’s first group stage game went down in history. His football record will be extremely difficult to match.

Countries competing in two continental tournaments is not uncommon, as Copa America frequently invites visiting teams. Three different continental tournaments, on the other hand, appear to be out of reach for any nation in the future. It will be extremely difficult for a player to maintain the consistency required to match Ali’s football record. 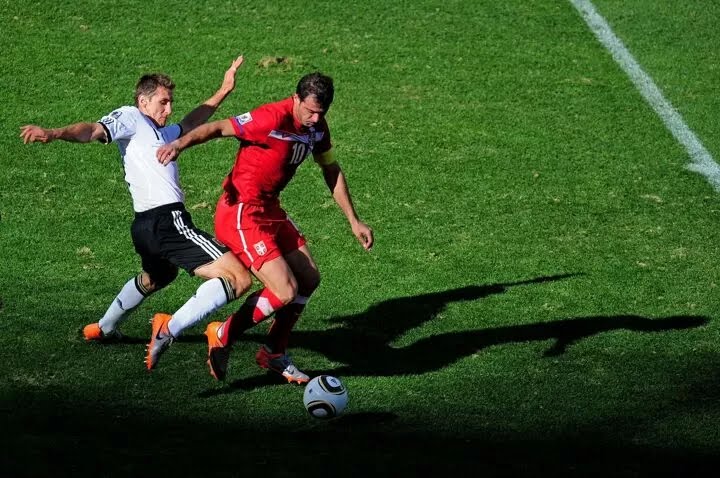 The former Inter Milan star holds a football record that is only possible because of the type of geopolitical turmoil that is uncommon nowadays.

At the age of 20, he played for Yugoslavia in the 1998 FIFA World Cup as a young midfielder. They were eliminated in the Round of 16, and it was the team’s final World Cup appearance.

The old Yugoslav team ceased to exist in 2003, years after the country’s disintegration. Many new teams emerged and continued, including Serbia and Montenegro.

Stankovic was the captain of the team that qualified for the 2006 World Cup. During the tournament, Serbia and Montenegro were split into two separate countries.

Stankovic was on the plane to South Africa four years later as the captain of the Serbian football team. A group stage exit greeted them.

Captain Stankovic, on the other hand, etched his name in history by appearing in three World Cups for three different countries. He is still the only player to have done so, and it appears that he will continue to be the only one with this football record for a long time. 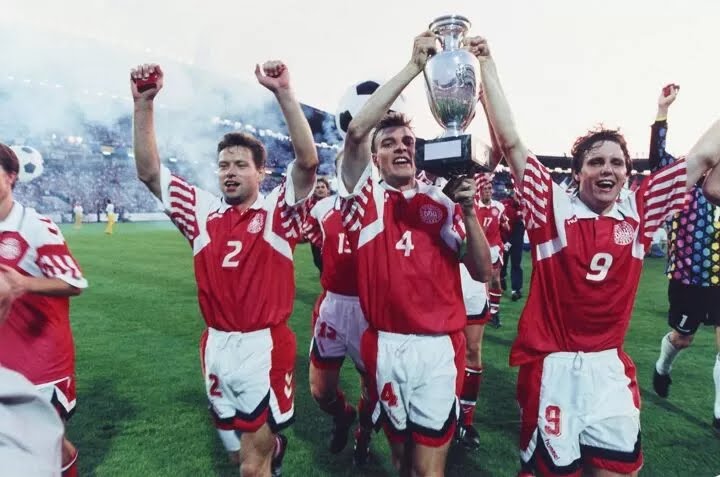 Denmark finished second in their qualification group, trailing Yugoslavia, and appeared to have missed out on the tournament. However, Yugoslavia was in political turmoil as a civil war raged across the country, resulting in the country’s disintegration.

The Yugoslav team was disqualified from the tournament, and the Danes, who finished second in their group, were called up to fill in. They had only 10 days to form a squad and figure out the logistics.

They began the tournament with a draw and a loss and needed to win their final group game against France. The Danes came from behind to win 2-1. They then pulled off another upset, defeating favorites Netherlands in a penalty shootout after drawing 2-2.

In the Final, they faced a formidable Germany. Denmark remained in the game thanks to multiple saves by Peter Schmeichel. The Germans were defeated 2-0 by the Danish team.

Denmark became the only team in history to win a major international tournament without having qualified for it. Another football record that is unlikely to be broken.