Second wife of Nollywood actor, Yul Edochie, Judy Austin has reacted to speculations that she is expecting a second child for her husband.

Just recently, Controversial blogger, Cutie Julls alleged that Judy is pregnant with a second child, a year after welcoming a son for Yul in 2021.

Read Also: Uriel Oputa tells Nigerians why they need to escape to London

This revelation has brought a lot of critics down on her as most people say she would do anything to remain in her new found marriage. 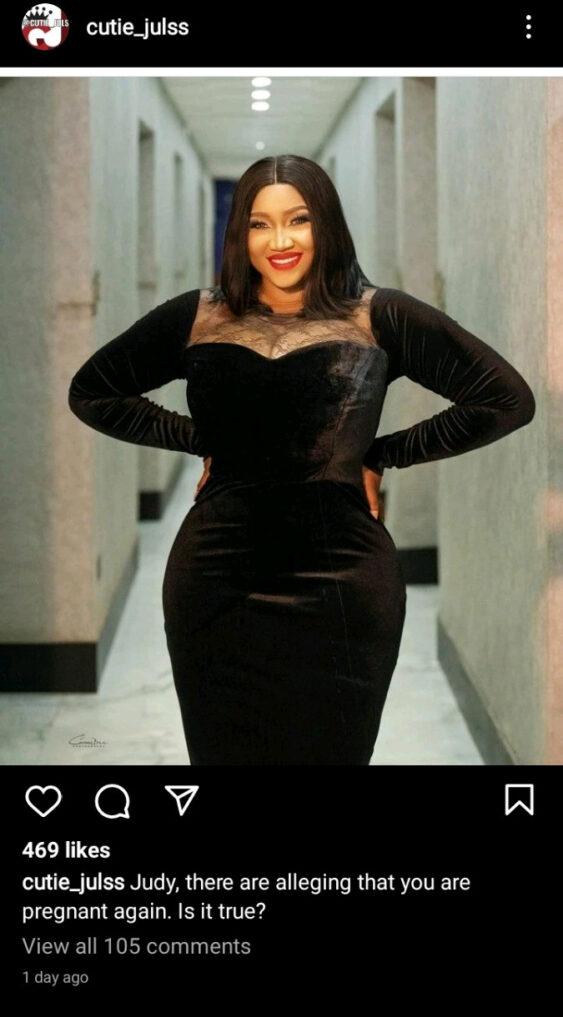 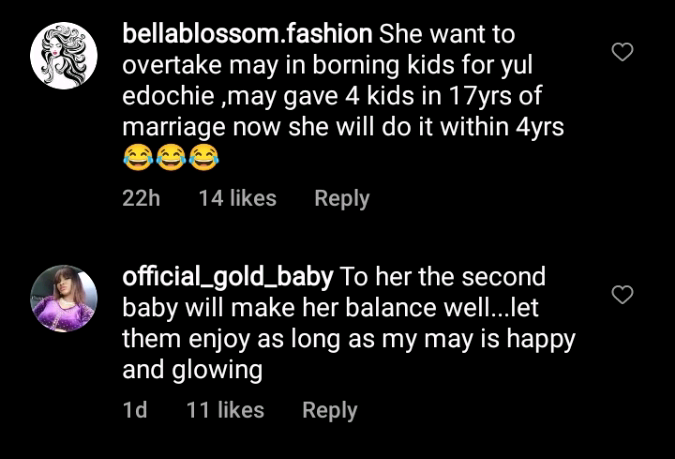 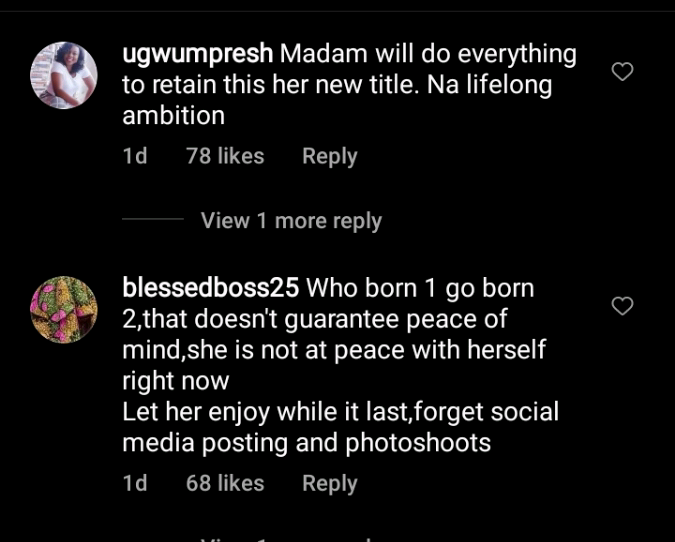 Amidst the speculations, the mother of one in an Instagram post on Tuesday, described those spreading the rumour about her as ‘frustrated and jobless’.

“I understand that a lot of people are jobless… Meaning most people are really really angry and frustrated!! Lord fix them. Amen!!! Have a wonderful my bunnies!!!” 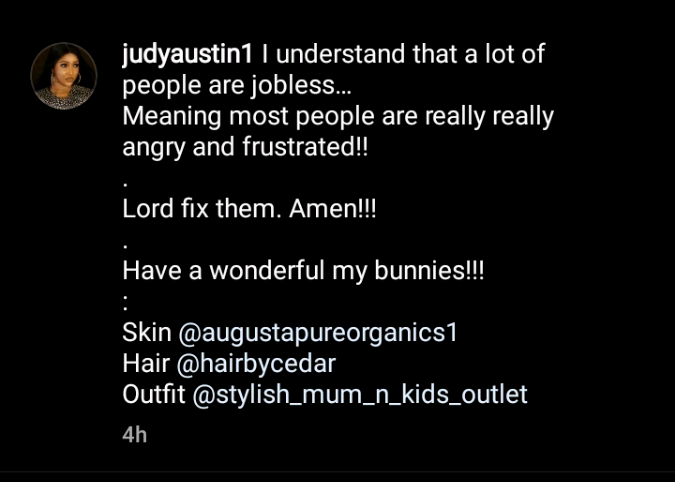 Recall that this is not the first time the actress is being dragged online.

Judy who made headlines in April after she was revealed by Yul Edochie as his second wife after they both welcomed a son together.