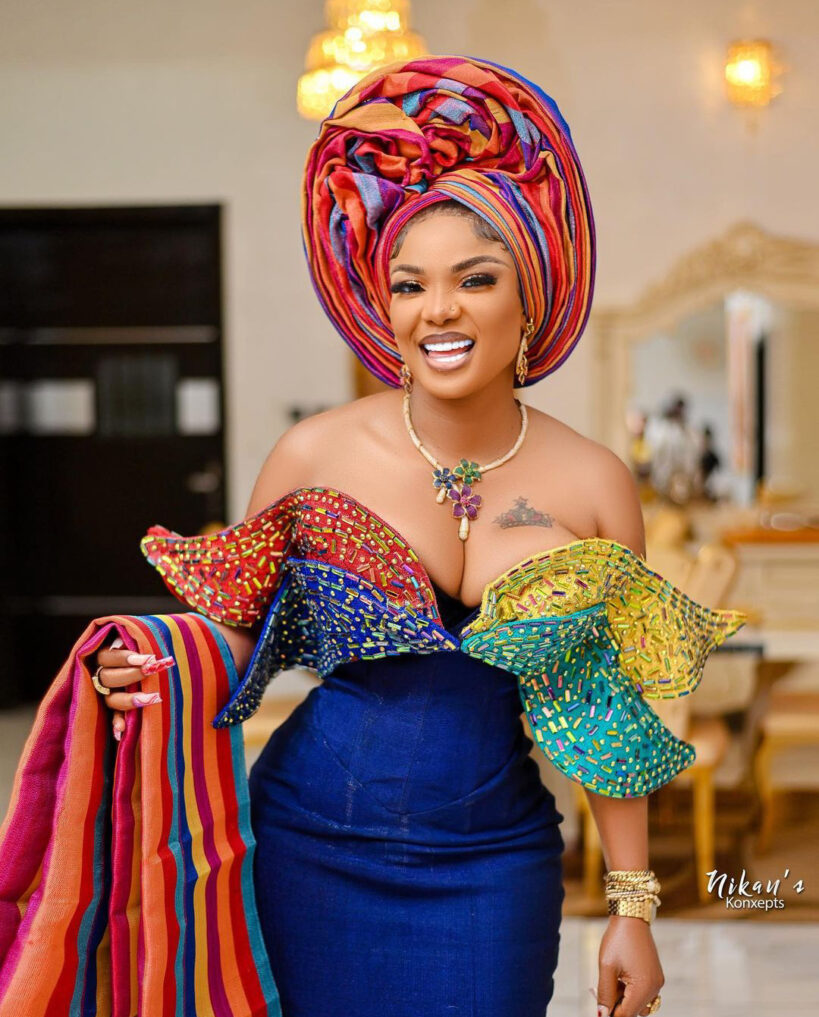 Nollywood actress, Iyabo Ojo, has cleared the air on the occupation of her ex-husband, Ademidun Ojo.

The mother of two took to her Instagram page to share a screenshot from Wikipedia with a piece of false information which states that the actress’ ex-husband was a movie marketer.

“lyabo Ojo got married to her estranged husband and Lagos-based movie marketer in 1999 at the age of 21.

“She has constantly stated she might drop the name Ojo as her surname.

“Although the marriage didn’t last, it was blessed with two children.

“Presently, she has confirmed being in a relationship but vowed not to post anything about her new lover on social media until they get married.”

Debunking the information, the 44-year-old mother noted that her ex-husband was a clearing and forwarding agent at Tincan Island, Lagos.

“Please, who handles this Wikipedia? Bloggers, my ex-husband, the father of my children, Mr Ademidun Ojo, was never a movie marketer.

“He was a CLEARING and FORWARDING AGENT at Tincan Island.” 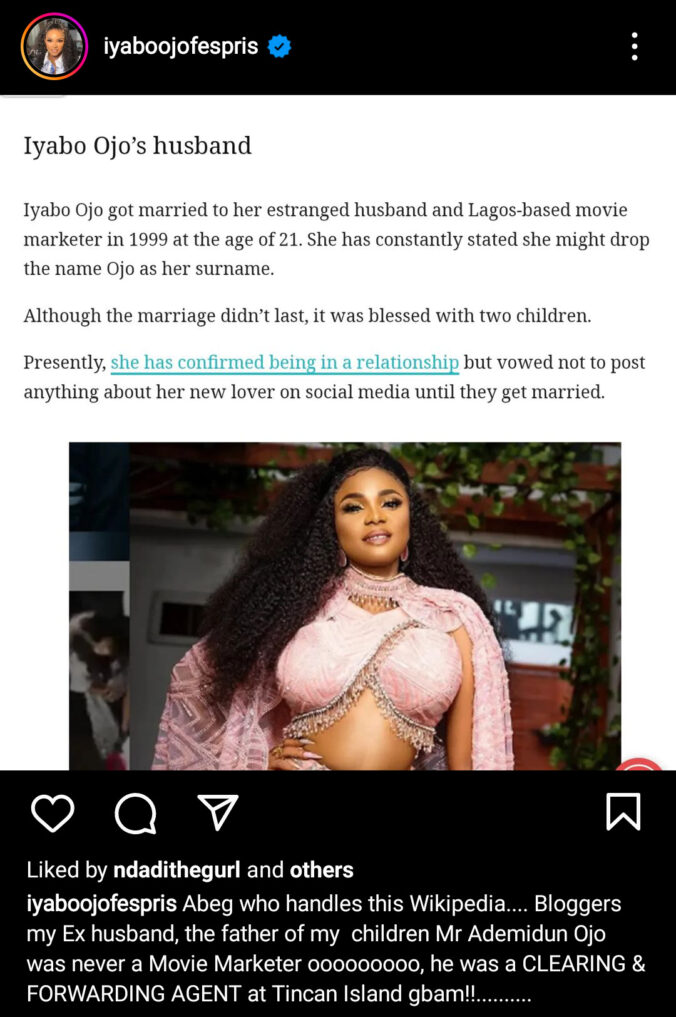 While starring in a reality TV show, The Real Housewives of Lagos, iyabo Ojo had revealed that she has a new lover but would keep him off social media till it becomes official.

READ ALSO: ‘You Are The Abasi To My Ini’- Actress, Inidima Okojie Celebrates Husband On His Birthday