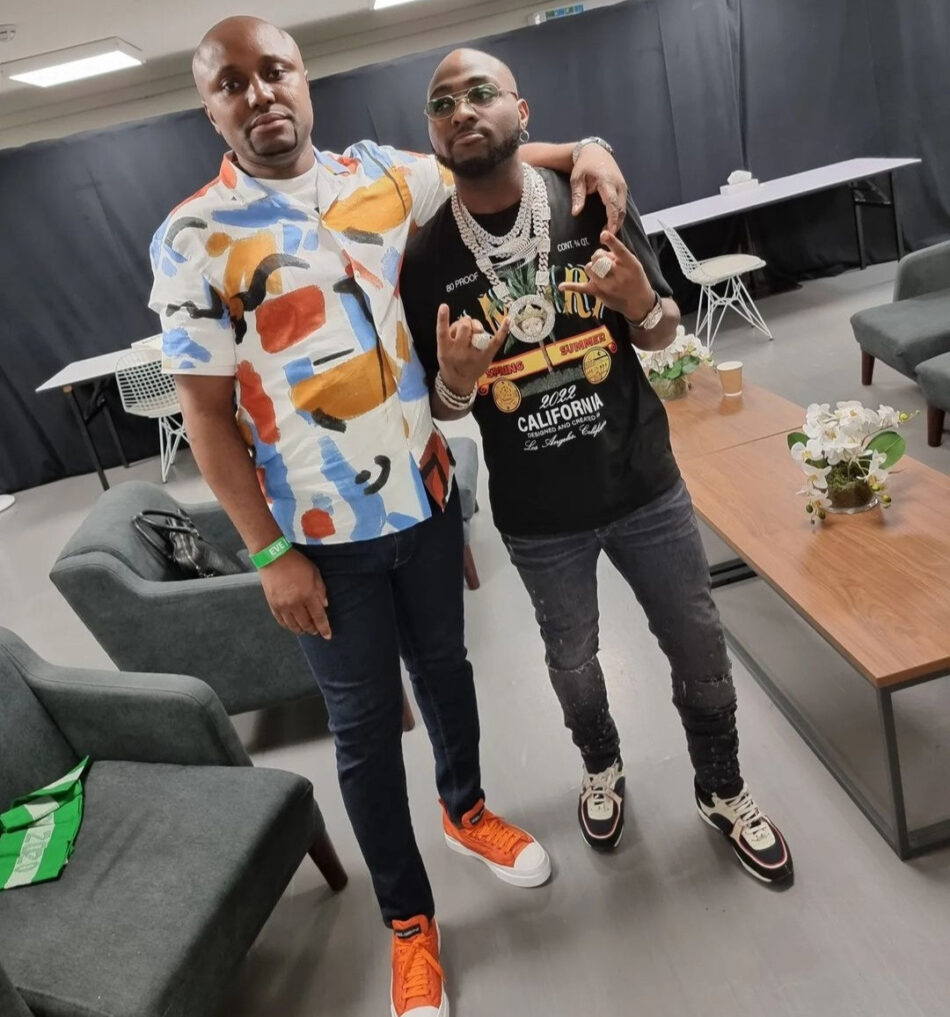 Davido’s logistics manager, Isreal DMW has disclosed that he will work for Davido in his next life.

The 30-year-old took to his Instagram story to reveal that he just got another UK visa for two years and it’s thanks to Davido.

Joyfully, he noted that he will work for Davido in another life.

“I just got another 2 yrs UK Visa into my life. Thanks my oga.

“If I come another life again, it is you I will serve. É remain America ooh.” 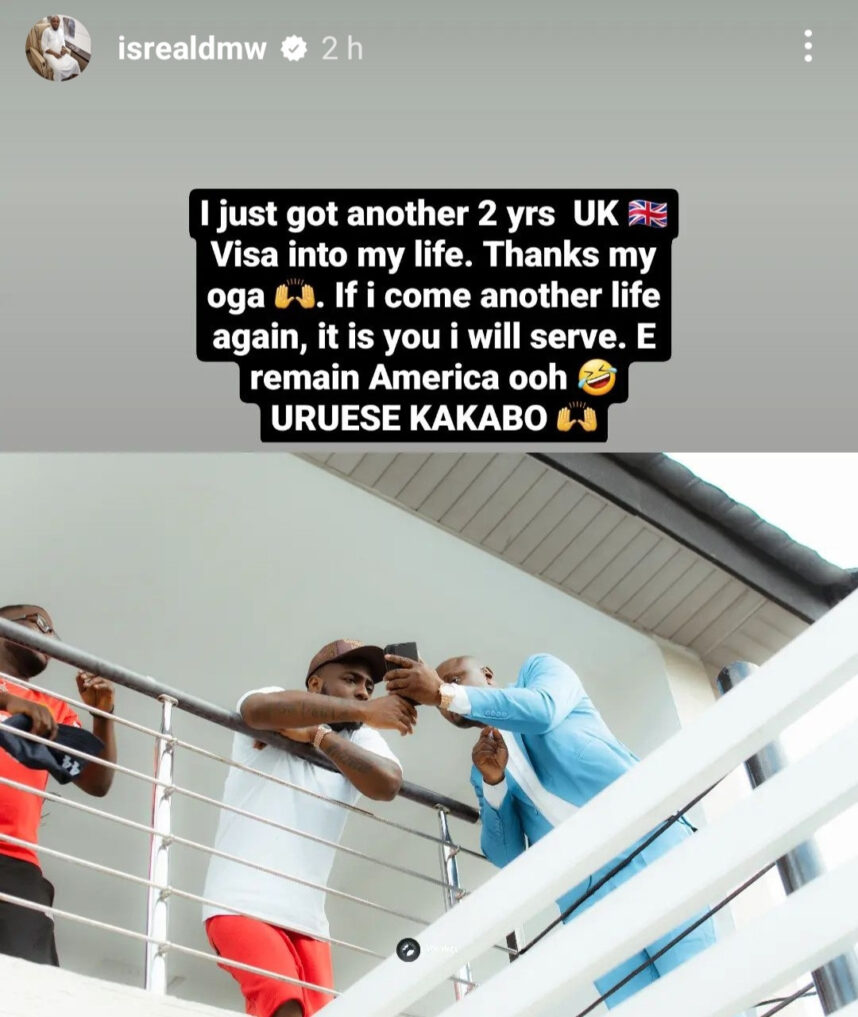 Glamsquad recalls that Isreal DMW proposed to his longtime girlfriend. He took to his Instagram stories to share pictures from the proposal.

A few weeks later, he also shared pictures from his introduction ceremony after they visited his fiancée’s family.

Isreal DMW is one of the most popular aides working with the 29-year-old award-winning singer. He has made the headlines over the last year for several reasons.

The latest was his opening performance at Davido’s sold-out concert at the O2 Arena in London.

READ ALSO: Actress Mena Suvari claims abusive ex ‘manipulated’ her into having threesomes as a teen

“I’ve found a guy” – Davido reaches out to young man who made an impressive cover of the song, ‘Electricity’

Davido meets Wizkid’s mom at the airport, carries her bag