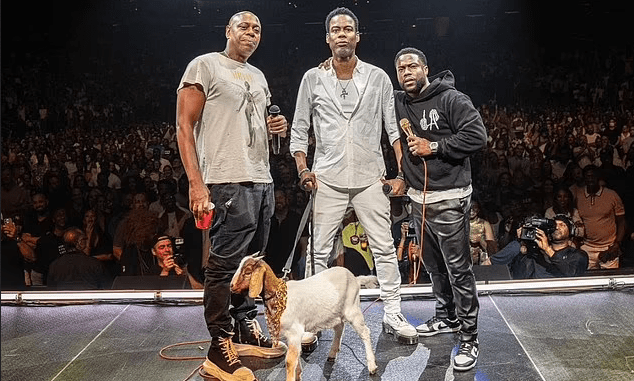 American actor, Kevin Hart presented a goat called “Will Smith” to comedian, Chris Rock on stage at the end of their recent comedy show.

Hart, 43, presented the goat to Rock, 57, during their Rock Hart: Only Headliners Allowed show at New York’s Madison Square Garden, with the goat’s name referring to Chris’ Oscars altercation with the King Richard star.

Glamsquad recalls that Will Smith, 53, famously stormed on stage during the Oscars ceremony in March and slapped Rock across the face after he made a joke about his wife, Jada Pinkett Smith’s shaven head, not knowing that she suffers from a medical condition namely alopecia. 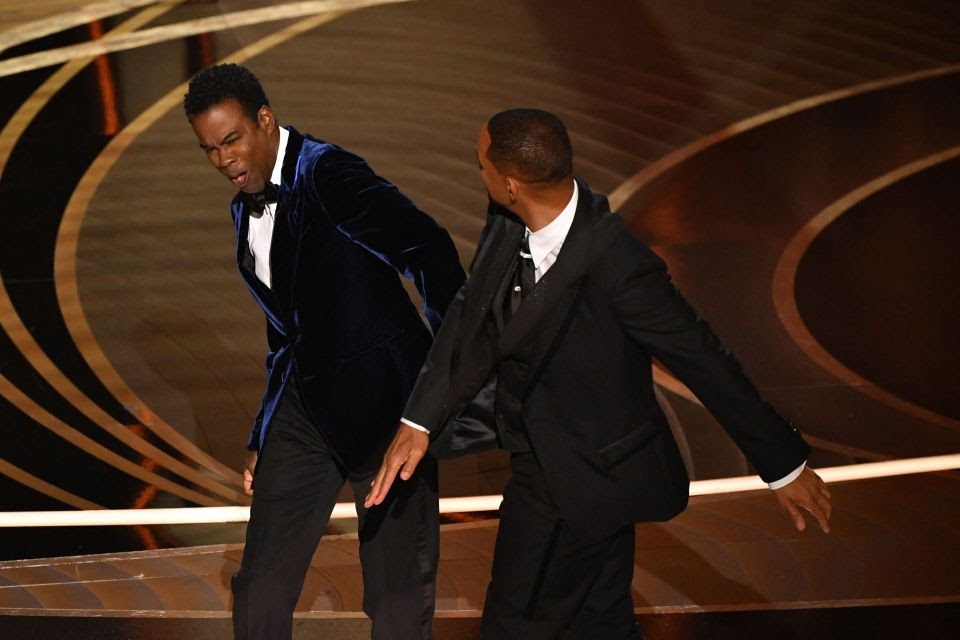 In a clip shared online, Kevin is seen holding the goat by a lead as he remarked: ‘What the f**k did you just say?’

Dave Chappelle, 48, who joined the guys during the show, then said: ‘Don’t act like I’m crazy, you brought the goat here. This n***** [the goat] is confused with the f**k is happening. What you gonna name this goat Chris?’

Kevin then quickly jumps in to declare: ‘The name is Will Smith.’

However, speaking on Monday’s The Tonight Show Starring Jimmy Fallon, Kevin explained the reason for gifting his pal the unusual present.

He explained to Fallon, 47, that

“Chris is a mentor, friend, inspiration. He’s a large part of the reason that I am where I am today in my career.