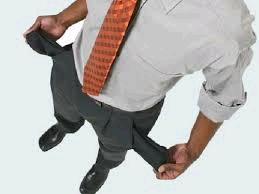 A lot of girls don’t like to date a broke guy as they say its exhausting and stressful most especially if he is stingy.

A had to talk with a couple of girls on their experience dating a broke guy, 4 gave me a reply;

Ada said “dating a broke hmm..OK when dating a guy that is broke you tend to not demand a lot because you know he doesn’t have”

Jessica said “I can’t date a broke guy,  as the last one I dated was so stingy even if he had money he would say he didn’t”

Read Also: Ladies Here Are Three Types Of Men You Should Avoid

Isabella said ” my present boyfriend doesn’t have money, I wouldn’t say he is broke but he doesn’t have enough but I love him regardless ”

Read Also: For Ladies: Secret Tips On How To Turn Your Man On

After gathering all this information I have come to the conclusion that its possible for a girl to date a broke guy, tell me what you guys think in the comments section.

How To Be A Real Ladies Man

I WANT TO GET MARRIED!

HOW READY ARE YOU TO MEET YOUR MAN?

I AM NOT FOR GAMES. I WANT TO MARRY YOU.