Ariana Grande is concerned that her claimed stalker will “kill” her or her family.

On September 9, a guy named Aharon Brown was detained after allegedly trespassing on her property and threatening to wield a huge hunting knife on the ‘7 Rings’ singer’s security crew when they challenged him.
Ariana has filed a restraining order against the man, alleging that he has been harassing her for the past seven months. 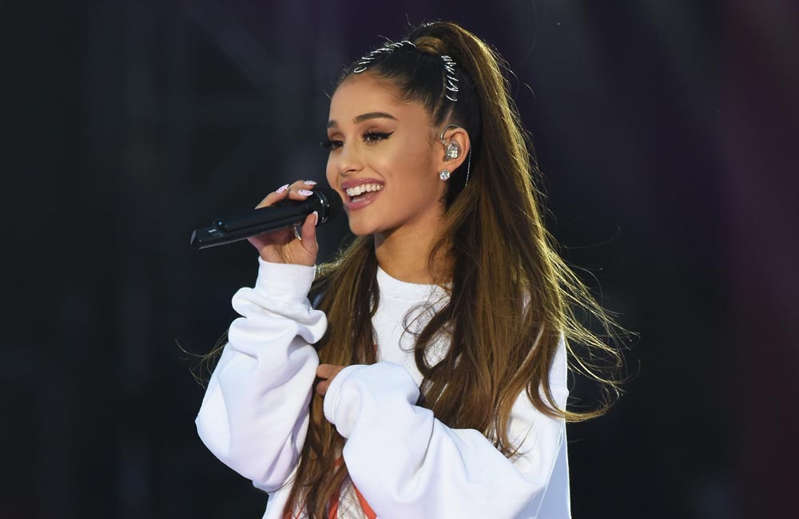 She wrote in a document obtained by TMZ: “I am fearful for my safety and the safety of my family. I fear that absent a restraining order, Mr. Brown will continue to come to my home and attempt to physically harm or murder me or members of my family.”

A police officer also submitted a declaration claiming that the restraining order was necessary because the claimed stalker was about to be released from jail.

Brown arrived at the property with the knife while the 28-year-old actress was at home.

He is said to have screamed at her security: “I’ll f**king kill you and her.”

Police were called and the man fled on foot, ignoring multiple orders to stop before eventually being taken into custody.

Brown is still in custody and has been charged with two felony counts of making criminal threats.

The ‘Voice’ coach – who is married to Dalton Gomez – was granted the protective order.

Meanwhile, last month, the ‘Positions’ singer offered a “gentle reminder” to fans to get their coronavirus vaccination amid the rise of the Delta variant in the US.

Alongside a picture of herself wearing a mask, she wrote on Instagram: “vaxxed n masked.

“this is your gentle reminder to please get your vaccines if you are eligible. this thing is not yet over ! sharing some info because i care and if i can, i’d like to help anybody who is hesitant or curious with making their decision.

“this delta variant is very new and since data is changing all the time, i’ll source some links for you to stay up to speed yourself but so far … we do know that it spreads much more easily compared to previous variants. most of the spread is among unvaccinated people and in areas with low vaccination rates !

“and yes although you can still get it while vaccinated, the vaccine helps to protect against severe illness, hospitalization, and death ! all great things to be protected against in my book. oh and if you have already gotten sick with COVID-19, you should STILL get vaccinated ! (sic)”

THE VMA’S BUZZ: ALL HAIL THE QUEEN OF THE NIGHT