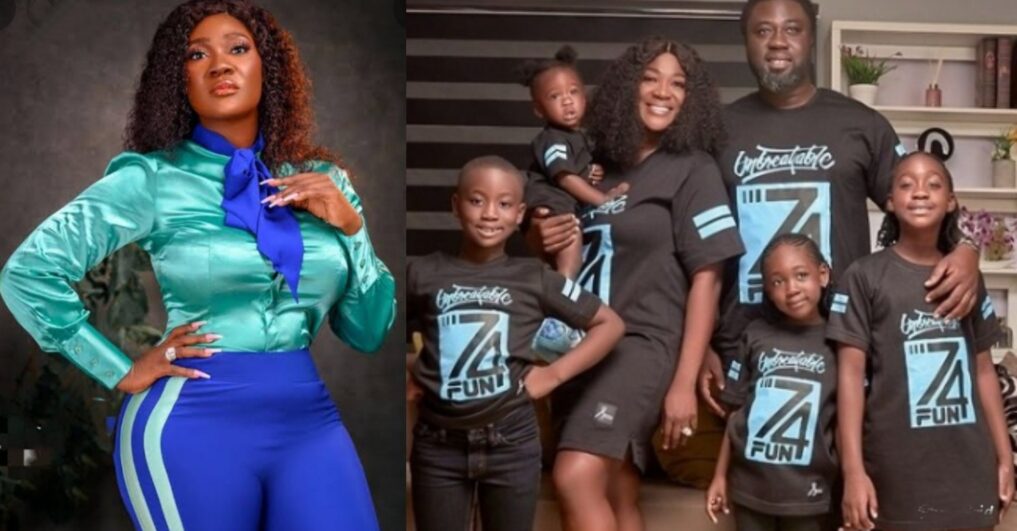 Nollywood actress, Mercy Johnson has reacted to a rumor of a fifth pregnancy.

The proud mother of four reacted to the rumor of her being pregnant for her fifth baby.

Mercy Johnson who never fails to entertain her followers with hilarious videos dropped a new video of her mimicking popular crossdresser, Bobrisky and the video had a netizen talking.

Read Also: BBnaija Reunion: “Her flirting attitude scared me” – Yousef reveals why he withdrew from Angel

An Instagram user identified as Cocomelon, who believes the actress is pregnant, reacted to the video and wrote: “Baby number 5 loading.”

In response, the Actress laughed in the comment section, saying, “DJ please play me I’m walking away by Craig Davies”. 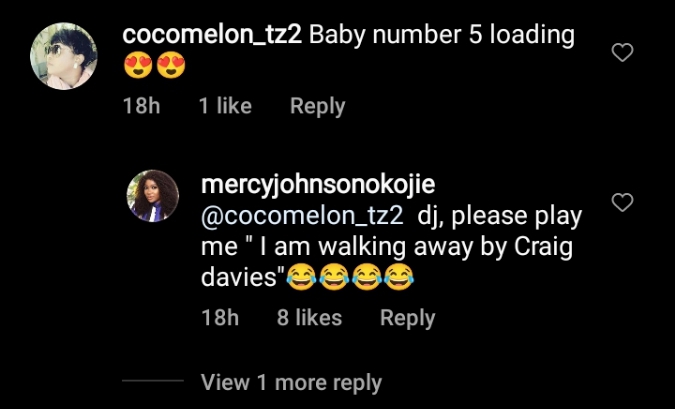 Filmmaker, Kemi Adetiba Extol Her Husband On His Birthday (Photos)

Mocheddah Recount Pregnancy Episode Says She Was Bedridden For 25 Weeks