Yul Edochie claimed that he posted her photo on his Instagram account, in a bid to show support for her predicament.

However, he revealed that his married politician friend who is a certified womaniser condemned him for his show of support towards the singer. According to him, that same guy that condemned him is married but changes girlfriends every week.

“I remember during Tiwa’s issue. I posted her pix on my Instagram page & encouraged her to be strong. Ist person to call me was one of my politician friends.

He condemned Tiwa & me for standing by her. Same guy is married but changes girlfriends every week. HYPOCRITES EVERYWHERE!” 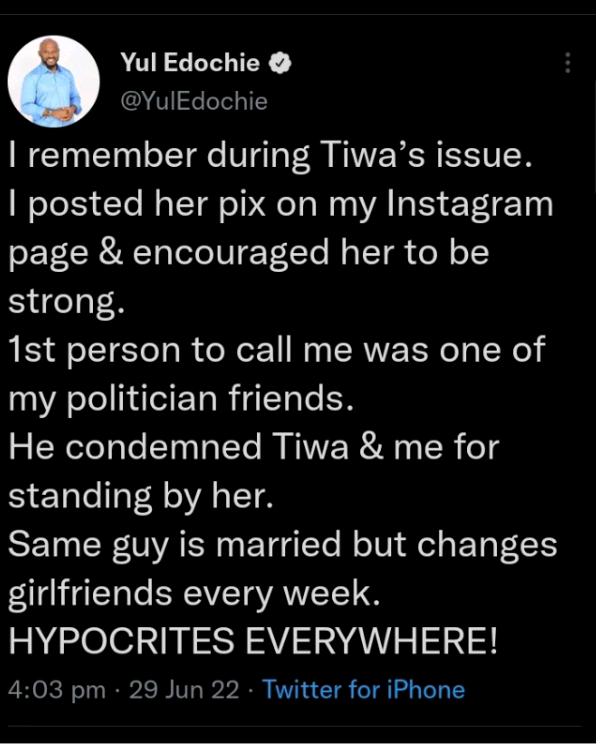