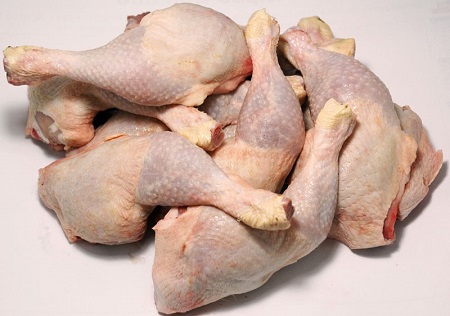 Nigerians should avoid frozen poultry products and other foods preserved with formalin, according to the National Agency for Food and Drug Administration and Control (NAFDAC).

Formalin is a toxic substance that is commonly used in mortuaries to preserve the human body.

Dr. Abubakar Jimoh, a spokesman for NAFDAC, told the News Agency of Nigeria (NAN) in Abuja that certain “unscrupulous company owners” had been using formalin to preserve poultry items, particularly chicken and turkey.

Formalin is capable of preserving such products for weeks before they get to consumers, he warned.

“NAFDAC is alerting Nigerians to this practice. There are enough poultry products in the country than to resort to frozen chicken smuggled in, despite Federal Government’s ban,” Jimoh said.

Consumers should be aware of the economic benefits of patronizing business owners who smuggle chicken products into the country, according to the NAFDAC spokesman.

He pointed out that if such favoritism continues, indigenous poultry farmers and merchants will not be able to grow as quickly as they would like, because the money spent on smuggled products will only benefit the producers.

Jimoh went on to say that patronizing imported or illicit goods would continue to harm Nigeria’s foreign exchange reserves.

Phyno Vs Olamide: Who is Richer and a better rapper?

How to use Spotify in Nigeria

Tribute to Dora Akunyili on her birthday